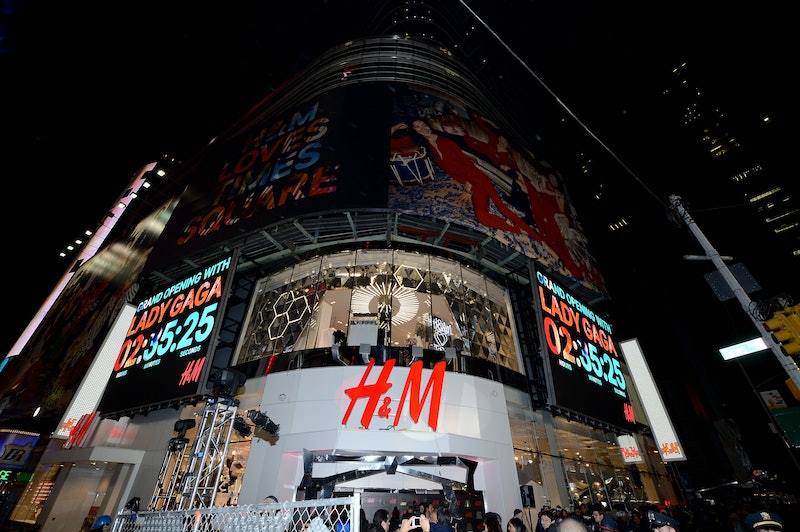 Monster retailer H&M has been making strides to go green lately, first revealing a month ago their Conscientious Exclusive line. Next up: On Friday H&M revealed the launch of a new denim line made from used clothing. The announcement follows up the Swedish company's 2012 clothing donation program, which gave shoppers a 15 percent discount on an item in exchange for their donated clothing (H&M brand or otherwise).

H&M says they collected nearly 7.7 million pounds of clothing from their donation program — clothing that was recycled to create pieces for their newly-announced denim line. According to the retailer, each new piece (the line will include jeans, vests, and jackets) contains 20 percent recycled cotton, the maximum amount that can be used today while maintaining product quality.

The retailer has made very public moves in the past few years to emphasize its dedication to environmental causes. H&M not only releases an annual sustainability report, but launched its Conscious line in 2011, beginning the company's efforts to create sustainable clothing that can be available to shoppers everywhere.

In addition to H&M's highly advertised Conscious collection, the company has made environmental responsibility a priority in each step of their operations. In 2013, H&M announced its work with with the World Wildlife Fund to create a plan to maximize water conservation throughout the chains operations and stores.

Between its dedication to sustainability and massively publicized celebrity/designer collaborations (David Beckham, Anna Dello Russo, and, most notably, Isabel Marant), H&M is always up to something. And it appears to be paying off, with the retailer H&M reporting large sales jumps in recent months.