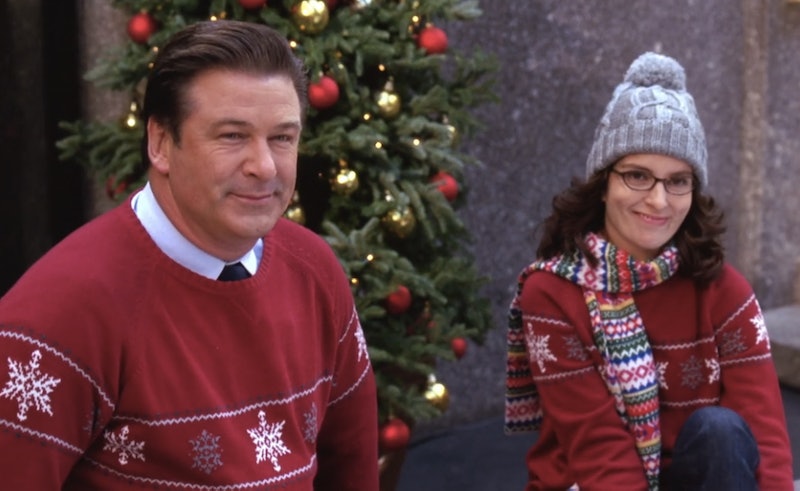 Imma let you finish, every show airing a Christmas episode this month, but 30 Rock had the best Christmas episode of all time! I'm sorry to go all Kanye on you guys, but it's just the truth. Not only that, but the NBC series knocked it out of the park on its very first try. Season 1 had the gang skip Christmas altogether, but then Season 2 brought the masterpiece that is 30 Rock' s "Ludachristmas." All of the subsequent seasons featured perfectly good Christmas episodes, but they just never quite matched this particular installment. Really, it shouldn't come as a surprise that this was the best holiday episode, as Season 2 was when 30 Rock really hit its stride. It had eased out of the awkward growing pains of the first season to embrace its weird, surprisingly star-studded self. This was the season of Devon Banks, Greenzo, and (my personal favorite) MILF Island. This, my friends, was a very good year.

So just in case you don't re-watch this episode every December (though you definitely should), here are nine reasons why "Ludachristmas" is the best Christmas episode in the history of TV. Come at me.

A photo scanner? A paper shredder? This is a gift only Jack would give.

I will never understand why Liz's memory-challenged brother never made it back to the show. He was stuck in 1985 but "sexually very much an adult." A one episode-wonder, this was all we got and it was perfect.

I could watch Liz's parents be supportive of random things all day long. Weather it's striking a Flashdance pose, a fancy carpet, or having a girlfriend named Cece, they just about lost their damn minds. The fact that Jack thinks they are playing him with their sincere enthusiasm just makes it better..

It was Colleen's second appearance as Jack's demanding mother, "Isn't this the office you had before?" and watching her pick and peck Liz's uber-supportive family was the perfect use of her sass.

Thanks to an ankle monitor, Tracy can't drink, so he obviously needs to go the Ludachristmas party, drink everything, and then cut off his foot. Solid logic, and luckily, a plan he doesn't go through with.

A Tracy Jordan original is really the only Christmas carol you need.

The Lemons have their biggest family fight since Carter was in office as everyone tears each other apart and the weird problems that emerge are Midwestern gold.

1. ...And Everything Is Awesome

Jack's face when he realizes that the Lemon's are just as messed up as his family was perfect. Merry Christmas indeed.