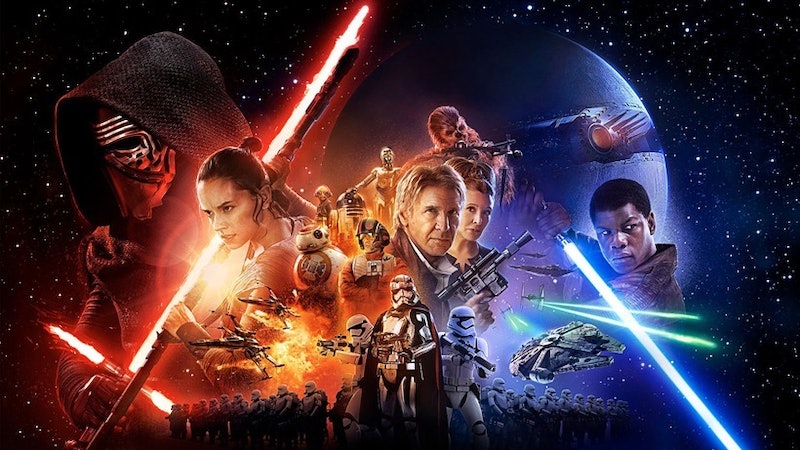 The Force Awakens has had its Hollywood premiere, meaning that the first people not involved with the film have been able to see it. So technically, you could probably find spoilers on the internet at this point, but who wants to do that? I've instead come up with a predictive guide to finding every Star Wars easter egg in the new movie. Or, at least, every Easter egg I assume is going to be in it. I didn't snag an invite to the premiere (rude, I know), and there's absolutely no way that I'm going to spoil myself by searching Reddit for a plot description from someone who did. So while I'm still mostly in the dark, I figure now is the best time to make my guesses as to what's going to be in the film.

Now, some of these Easter eggs are based in fact, some are speculation, and some are just things that I want to make it into the film. Regardless of their origin, you'll be well-prepared to locate all of them with this handy guide that I have painstakingly put together just for you. So get ready to do some sleuthing, because these are the seven Easter eggs you'll need to keep your eyes out for in The Force Awakens .

1. I've Got A Bad Feeling About This

Someone has said this line, or something similar to it, in every Star Wars movie so far. I expect the version in The Force Awakens to be said by Luke Skywalker, who says it while looking directly into the camera and winking right before revealing that he's the villain.

Way back in 2013 when J.J. Abrams was first hired to direct The Force Awakens, he appeared on Conan. Conan O'Brien made Abrams promise that he would include the phrase "Jub-Jub" in the film, and the two shook on it. Jub-Jub is a favorite phrase of O'Brien, and he used it in his Simpsons writing days as the name of Selma Bouvier's pet iguana. So you could just keep your ears open for someone saying Jub-Jub, but I'm betting on an appearance of Jub-Jub the cartoon lizard in the film, appearing exactly as he did on The Simpsons.

Some fans have noticed an Easter egg in the trailer, where flags showing the symbols of Boba Fett can be seen hanging near the entrance of a building. But I'm guessing that in addition to the flags, you'll also be able to spot Boba Fett himself, waving his flags out in front of the building while dressed as the Statue of Liberty as part of his new gig working for Liberty Tax. Apparently bounty hunting isn't as lucrative as it once was.

If you listen closely you might just barely be able to make out John Williams' iconic Star Wars theme music. Williams worked on The Force Awakens, and if you watch the trailer you should be able to pick up a hint of his original theme, but just a whisper. They're definitely not going to be using it throughout the entire film or anything...

One of the biggest debates among Star Wars fans is who shot first, Han Solo or Greedo? Abrams is in the "Han first" camp, so I'm expecting him to make it canon by slipping something in about the police investigation finally releasing the records on Greedo's death, revealing that his blaster was not fired at the time of his demise. The Mos Eisley PD is not the speediest around, clearly.

Jar Jar is undoubtedly the most hated character in the entire Star Wars franchise, but unfortunately fans never get the satisfaction of seeing him die on screen. Given that The Force Awakens is largely a rejection of the prequels, I fully expect to see Jar Jar's head mounted on a spike, probably among the other junk Rey rummages through as a scavenger on Jakku.

7. A New Hope In Its Entirety

The Force Awakens is trying very hard to emulate the original Star Wars trilogy, and what better way to do that than by incorporating the full two hours and sixteen minutes of the film that started it all? Expect scenes to play on a TV in the background at the cantina, to be acted out as a play by the new characters, and to sometimes just take over full screen for large chunks of time until the entire movie has been shown.

So there you go. With this guide, you should be able to spot all of the major Easter eggs in The Force Awakens. Good luck, and may the Force be with you.