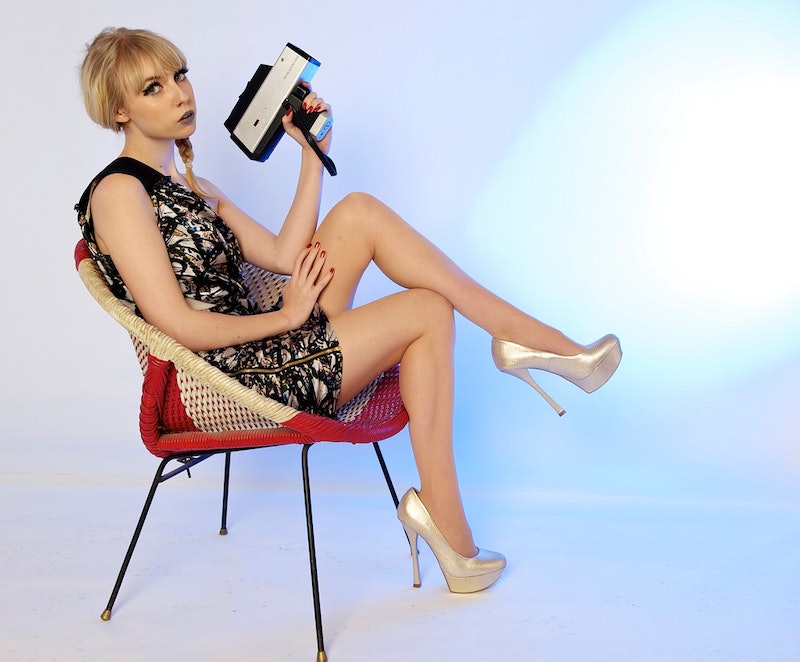 People love to prognosticate, and sometimes the things foretold turn out to be eerily accurate. Then again, if every past prophecy about the 2000s had come true, I wouldn't have to feed any more parking meters because my car would be flying. For that matter, there are many predictions about the future made in the '90s that we clearly got completely wrong. In fact, some of them seem downright silly now.

While there's no arguing that technology has advanced leaps and bound in the last decade or so, we apparently believed that the timeframe for historically impactful innovations and inventions would be highly accelerated beyond the year 2000. Really, it's kind of flattering if you think about it — the great minds of the '90s had so much faith in the would-be great minds of the '00s that they felt positive new advancements would change the entire fabric of society in only a few short decades. Alas, as flattering as that kind of credit seems, it hasn't exactly panned out ... yet. Since certain predictions have since come to fruition (think flat screen TVs, card readers, 3-D technology), it stands to reason that we'll see a few more wild ideas become reality in the near future. Until then, though, let's take a look at those that haven't happened and, let's be honest, may never.

This seems as good a place as any to start, right? Thanks to the popularity of space-age movies and TV programs (who didn't want to live like The Jetsons?), it seemed inevitable that our morning commute would now consist of traffic jams in the sky. Sadly, that commute is still alarmingly grounded as of this morning.

Granted, biometrics are gaining some serious traction and seeing innovation seemingly every day. Yes, a swipe of our fingerprint can unlock our smartphones. Some workplaces even scan retinas for security authentication. And, hey, vibrators can now track orgasm stats. But we've yet to see the day when we all have smart chips embedded in our brains or forearms that contain all pertinent medical data and more. At least not that we know of.

Remember those markers that were so popular in the '90s which smelled like their color? Purple smelled like grape (or at least grape-ish), red smelled like strawberry and so forth. Well, in a 1992 article about multisensual media, Nicholas Negroponte — then director of M.I.T.'s Media Lab — predicted that our televisions in the '00s would offer "full-color, large-scale, holographic TV with force feedback and olfactory output." Just think, if that had come true, the Willy Wonka version of TV teleportation couldn't have been far behind.

In the '90s, it was assumed that healthcare would be so advanced by now and food would be so nutrient dense and life-sustaining that people who took proper care of themselves could essentially live forever like Edward Cullen. And, should they die, they could always opt to be suspended in ice and reanimated at a later date. While there are in fact cryogenics labs in existence now, the end result is kind of a (frozen) pipe dream at this point.

When I was younger, my grandparents had this little robot with a tray that they'd break out at parties to zoom around the room and impress guests. Naturally, it was comically cumbersome and spilled more drinks than it managed to deliver, but it made people ooh and ahh nonetheless. So I suppose it isn't surprising that with predecessors like that, people assumed that by now we'd all have our own artificial intelligence life forms assisting us with the daily grind. I, for one, am slightly relieved this didn't happen. I mean, you did see I, Robot, right?

The Australian TV show Beyond 2000 was just one of many sources who suggested that cars of the future wouldn't need doors anymore. It's unclear whether these doorless cars would or would not fly, but the general gist of it was that cars would have large sliding covers instead of doors — like an airplane cockpit, perhaps? Either this had something to do with aerodynamics, or scientists in the past seriously disliked having to spend the extra ten seconds it takes to manually open a car door.

There were two prevailing camps of thought when it came to the future — that we'd either be extremely advanced and living like The Jetsons (see above), or that we would have destroyed civilized society. Visions of the latter were painted as a society of anarchists living Mad Max-style. In the novel Make Room! Make Room! by Harry Harrison, it was predicted that overpopulation would lead to mass cannibalism by 2000. In this moment of reflection, I've never been happier to be a vegetarian.

I mean, right? In the '90s, we were convinced — some without a shadow of a doubt — that the world would suffer a catastrophe without precedent by way of an apocalyptic computer glitch. This all stemmed from the fact that most dates in computers were programmed to assume the year would always begin with "19." As I live and breathe, though, the year 2000 came and went with nary so much as a stutter in my AIM activity. Ironically, even though Y2K never transpired, today we all live in constant fear of a Y2K-like situation that would render our tech-dependent culture completely useless.