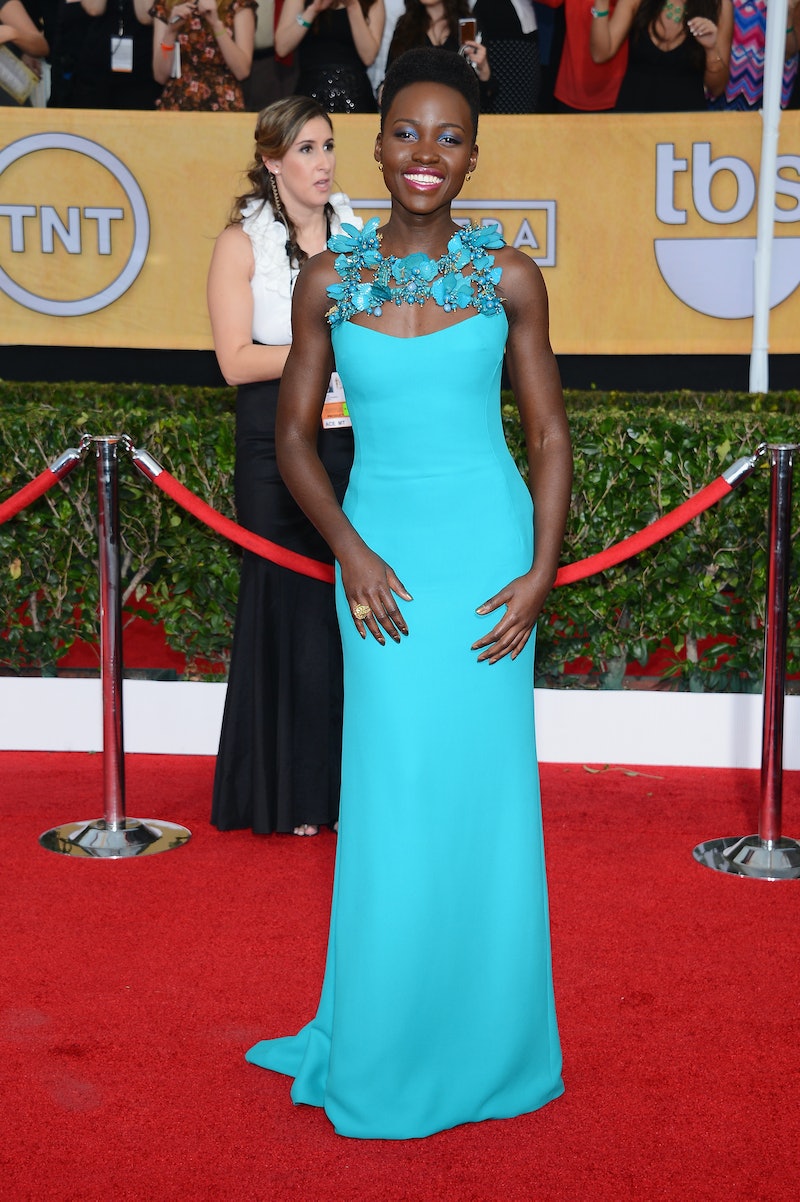 At the 2014 Golden Globes, 12 Years a Slave actress Lupita Nyong'o stunned in a Ralph Lauren red cape and dress, similar to the Tom Ford one that Gwyneth Paltrow wore to the 2012 Oscars, and now at the 2014 SAG Awards, Nyong'o, this time in Gucci, has done it again. In a dark teal floor-length gown, the Yale graduate said she chose the dress for its natural inspiration. The flower details on the top are stunning, and her simple, complimentary makeup let her natural beauty and the dress do the talking.

Nyong'o is quickly emerging as a fashion star. And this, her third high-profile red carpet, did not disappoint. After the Golden Globes structured cape and dress, the 30-year-old actress wore a long, form-fitting white dress to the Critics' Choice Awards that perfectly accentuated her frame and skin-tone. Even better news, she won the award for Best Supporting Actress that night.

Nyong'o is nominated for Best Supporting Actress in a Motion Picture at the SAGs and is up against Jennifer Lawrence for American Hustle, Julia Roberts for August: Osage County, June Squibb for Nebraska, and Oprah Winfrey for Lee Daniels' The Butler. She's also nominated for an Academy Award.

If she doesn't end up winning a trophy at the SAGs or the Oscars, at least we can be rather certain she'll win for best dressed.

Lupita at the Golden Globes:

At the Critics' Choice red carpet:

At the Critics' Choice after party:

At the SAG Awards: