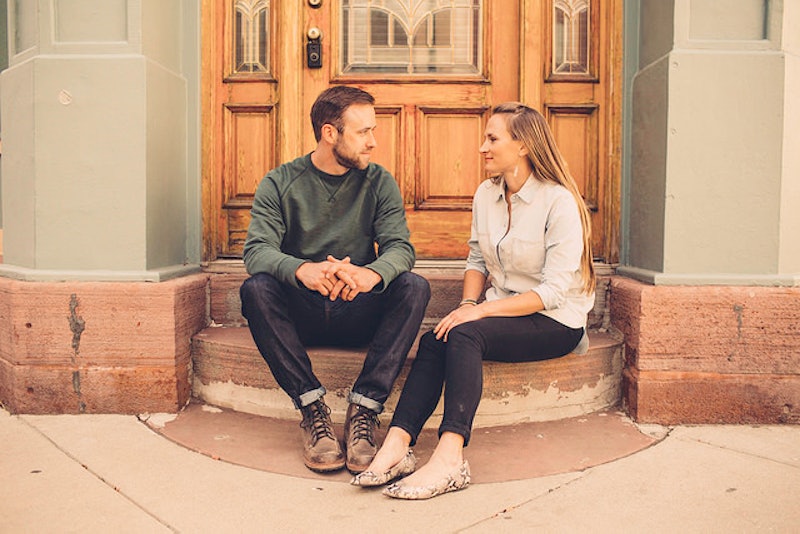 Listen, I know that talking about your feelings is easier said than done. And being passive aggressive? The easiest thing in the world. But, it's true that it’s just not so simple to recognize our own feelings and why we feel a certain way. Sometimes, you don’t even realize you’re mad, jealous, or sad until you say or do something. And second of all, once you realize how you are feeling, there’s not a nice and easy way to express it without feeling a tiny bit uncomfortable. I mean, unless you’re one of those people who is meant for reality television because your confrontation game is way too strong.

Having a background in counseling psychology has made me realize how even though we might not be directly telling people how we are feeling, we are still letting them know in other ways. We occasionally show people that we’re upset by rolling our eyes or using our hands in an aggressive manner when we speak. You may think you are being super sneaky and not revealing your true emotions — but I’ve got some unfortunate news for you: You’re probably just being passive aggressive. Now don’t go feeling shameful about yourself, everyone has been guilty of it at least once or twice. The good news is that we can become more aware of this and hopefully start to speak up about how we feel, instead of showing if off in an unhealthy way.

Here are the ways you are being passive aggressive without even realizing it.

How many times have you told someone you were fine when you truly weren’t? We’ve all done that before. The only problem with this is you are only hurting yourself. If, instead, you simply told another person what was really going on with you, then you might be one step closer to feeling better. Clear communication is always going to win over being passive-aggressive.

I think we can all make a collective decision that responding “K” with a period after it is the same as a solid F-you. Passive-aggressiveness can easily occur when texting. It’s like a non-communicator’s dream. Texting short messages of any kind is still you expressing your anger or annoyance. Instead, put your cell phone down and speak up to that person about how you feel in a helpful way. No battle was ever one through a text message.

3. Rolling Your Eyes Or Shaking Your Head

When discussing something with someone, there’s nothing more upsetting than an eye roll. If you’re looking for an argument then rolling your eyes or shaking your head is the best way to go. If you’re looking to have direct and healthy communication, then try and be aware of your body’s reactions and stay calm while expressing yourself.

4. Waiting Hours To Text Back

Silence can sometimes speak much louder than words. In this case, it is saying “passive aggressive much?” The text-silence move is an old school move that is used to manipulative another person. You want them to think you’re upset so you use the silent treatment. If you don’t want to text about something, you could even send a text saying, “I don’t think we should discuss this over text, how about we talk on the phone later?” The silent treatment isn’t fun in person, nor is conducive to any situation in text.

5. Writing Notes & Leaving Them Around

You should only be writing a note if you hit someone’s car and you don’t know how to find them. You should not be writing notes to your roommate, your partner, your neighbor, and well, the list goes on. Well, unless they are love notes or sweet kind ones. Telling somebody something you want them to do or not do on a letter is the fastest way to miscommunication. It’s not easy to read a person’s tone through a note, so saying something in person is a much better choice.

6. Posting Something Vague Via Social Media

Posting something passive-aggressive and vague on social media is what’s it’s all about these days. Every day I see another obviously directed at someone post on my Facebook feed. If you want to call someone out for something, do it to their face, not to 500 of your Facebook “friends.”

Passive-aggressiveness happens; sometimes it's too easy to resist. That's just life. But it shouldn't be your first instinct in every conflict, or you'll find yourself with not very many friends, very fast.