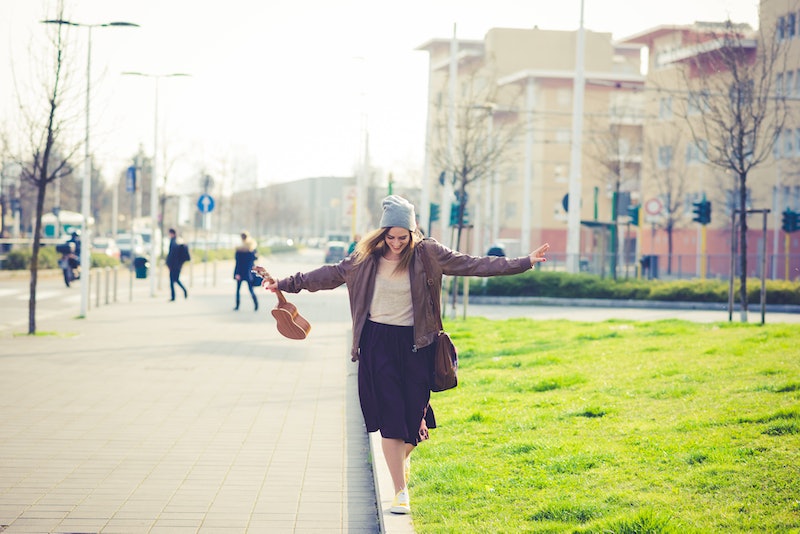 For example, only 37 percent of white people think that black people are treated unfairly by the police, yet 70 percent of black people say the same (and I'm sure they would say that "unfairly" is a gentle way to put it). Also, many of us forget that there are studies proving that a person with a white-sounding name is much more likely to get hired than an individual whose name indicates they are black.

It's becoming more and more obvious that in order to move forward, we need white people to care about these matters just as much as the people who are deeply affected by white privilege do. They should be invested providing health care for lower socioeconomic groups, and they should be infuriated about race-related police brutality. It affects all of us, no matter how little they can see it in the short run.

The good news is, if you're someone who is well-versed on these issues and how they ripple into tangible cases of racial discrimination, you have the ability to influence others — regardless of your race or socioeconomic status. You can help others see how important it is to stop white privilege in its tracks. You don't have to drop your whole career and found a nonprofit dedicated to the matter. There are simple, daily practices you can adopt that will make a massive difference.

Here are six ways to stop white privilege when you see it.

1. Talk To Your Friends About Wearing Fashion That Is Culturally Appropriated

Friends don't let friends fix their hair in Bantu knots simply because they saw it in a high fashion magazine at some point during this past year. By now I'm sure you've read a thing or two about how much cultural appropriation has been soaring through Hollywood and the fashion industry lately. You probably have heard plenty about how offensive it is for white people to steal certain styles from other cultures without caring at all what the significance is behind them — or even bothering to acknowledge where they came from. You have the necessary information; just put it into action.

Before you and your friend go out, ask them to think twice about the "baby hairs" they are sporting. Do they know the origins of this specific fashion trend that people of privilege in the fashion industry have recently claimed as their own? Do they understand the implications of it? Help those you respect and love learn about the unfairness in cultural appropriation and how it silences the people to whom these traditions actually belong.

2. Speak Up When People Say Things That Perpetuate White Privilege

The worst thing you can do is ignore the disrespectful stereotypes and racially charged language you bear witness to. Once you know what white privilege is and how devastating its effect has been on today's world, you have the power — and the responsibility — to speak up against it.

It can be as simple as responding to an online article that crudely attaches the word "terrorist" or "criminal" to a specific racial group. Or perhaps you stop your brunch conversation midway when a white individual rattles away about "reverse racism." However big or small, we can't expect white privilege to vanish into thin air without us at least putting an end to the harmful language that feeds it.

3. ... But Encourage Them To Listen To People Of Color On The Issue

As important as it is to educate the world on the dangers of white privilege, we need to give individuals who are negatively affected by it the chance to speak. If you're someone who witnesses systemic racism but don't consider yourself victim of it, it's great to shed light on the matter, but we don't want you to step up as if you're our spokesperson.

It's the marginalized population that deserves a strong voice. So instruct others to listen to people of color about how white privilege affects them, rather than telling the story yourself. If you try to represent us, you will only make it worse.

A good way to accomplish this is by recommending a book or two written by nonwhite individuals that will help them get a better grasp on race relations. Maybe list off a few social media accounts to follow and some documentaries to watch as well. The more information they absorb, the better.

4. Call Out White Feminism When You See It

Most white women who think they are fighting the feminist fight and lobbying for equal rights for females everywhere are simply living out the ideology of White Feminism. They completely ignore the realities and struggles of women who are not considered the "default" — that is, white, cis, heterosexual, and able-bodied — yet these are the very people who need to be taken care of.

White Feminism is a form of white privilege, one that has horrible consequences for women with mental illnesses, women in the LGBTQ community, women of color, etc. For example, Latina women earn just over half of what white men do at work; additionally, 29 percent of reported HIV-positive cases are black transgender females. Women with white privilege don't have to worry about issues like this, so it's easy for them to be blind to their existence. If you see or hear anything that feeds into White Feminism, battle it by speaking up against it.

5. Pay Attention To How You Spend Your Money

We fall into a easy pattern when it comes to spending money, so most of the time we don't even know where it's going. But it's important to do our homework and figure out what we're supporting, because money is power. For example, did you know that over 90 percent of businesses in the West Side of Chicago, a predominantly black neighborhood, is owned by people who are not black and by people who don't even live in that community?

Open your eyes and see where you are buying your lunch. Those big-wig conglomerates are the definition of white privilege — and marginalized communities could use your economic support. Where you put your money matters.

6. Transform Privilege Into A Platform

Maybe you come from a family with a lot of political power or you have a job with great visibility. Maybe you simply have connections with influential people. If you're fortunate enough to be in a place in life where you have a strong voice and a listening audience, consider using them to halt white privilege in its tracks.

When you run into a situation that oppresses ignored individuals, utilize these outlets to advocate for equal rights. Involve your friends and co-workers who advocate for the same causes, and if they have any resources that might be helpful, don't be afraid to ask for their support. This is a great way to practice intersectionality as well. Because when you have a stage from which to speak, you can invite people from different demographics to join the discourse.