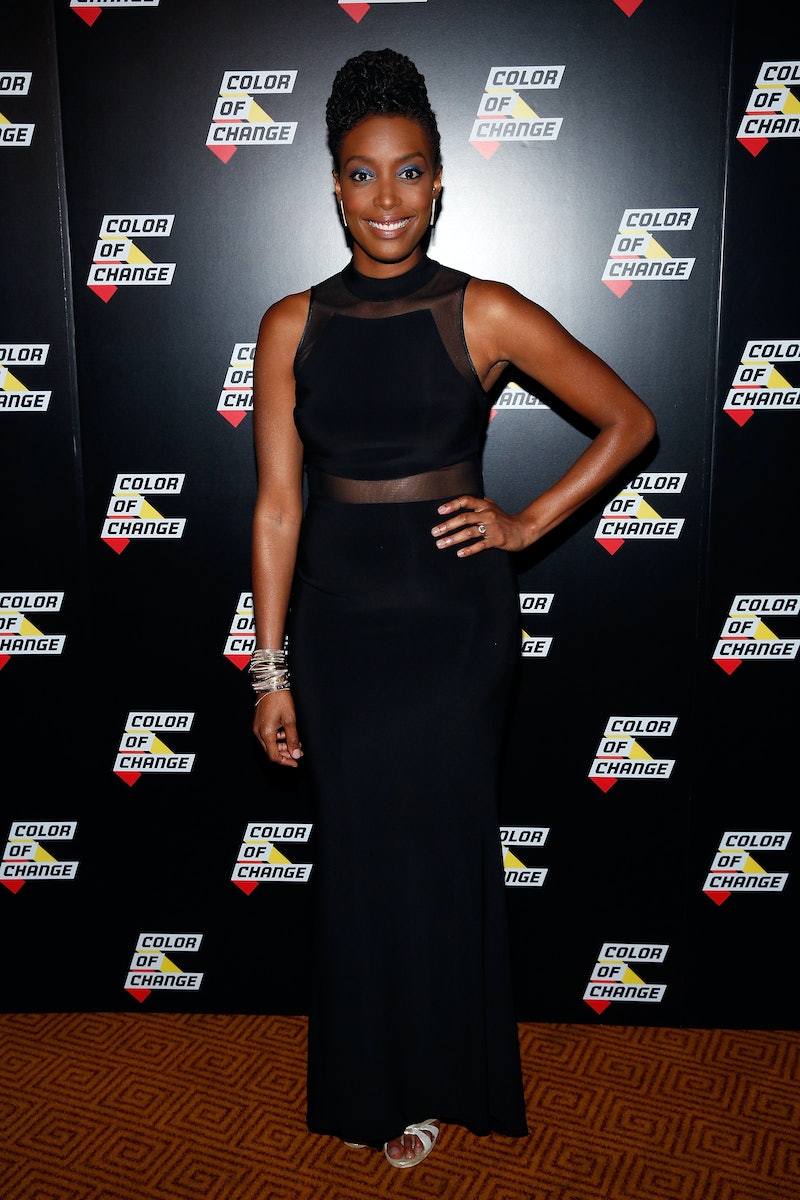 A lot of articles have been published lately — and rightly so — on the topic of white feminism and just how counterproductive it is to the feminist movement and the social, political, and economic advancement of women in general. If you're unfamiliar with the term "white feminism," it refers to the tendency that many white feminists have to view feminism through a straight, white, cisgender, and able-bodied perspective. "White feminists" fail to acknowledge the fact that race, gender identity, ability, class, and sexual orientation should be part of the dialogue surrounding feminism, and instead, think of straight, white, cisgender women as the "feminist default," ignoring the reality that we would all do better to focus on intersectional feminism.

Intersectional feminism means that feminism is for everyone, and that part of being a feminist is being aware of, and concerned by, the fact that different feminists face different sets of obstacles. Basically, it's all-inclusive feminism that acknowledges the intersection of gender, race, class, and many other factors — and it's important for all of us to try to practice it.

As a thin, white, able-bodied, American, cisgender woman, I am well aware that the equality issues which plague me are not going to be the same as those of many other feminists — but I also know how easy it is to lose sight of that fact. Here are eight awesome intersectional feminists who have inspired me to check my privilege and make my feminism more inclusive.

You probably already know who Franchesca Ramsey is, since her self-proclaimed "claim to fame" occurred back in 2012 with the creation of "Sh*t White Girls Say...to Black Girls." If you haven't seen her work yet, though, you should really check out this super talented, hilarious, intersectional feminist.

On top of the work she does for her YouTube channel, Chescaleigh, Ramsey writes for Upworthy and hosts the MTV News webseries, "Decoded." She's also teamed up with fellow intersectional feminist, Laci Green, to make the above awesome video about just what exactly intersectional feminism means, and why it's so important.

If you haven't already heard of her, you should head over to Sex Plus and check out sex education activist, blogger, YouTube sensation, public speaker, and host of MTV's Braless , Laci Green. Although she is white, she's an outspoken, intersectional feminist who knows that feminism needs to include everyone.

As it states in her bio, Green has "worked with more than 100 universities, conferences, military groups, and government offices on sexual health and sexual violence prevention efforts" — and this is in addition to producing videos for Planned Parenthood. She's also super funny, honest, and delightfully open about sex and sexuality. So the next time you're in need of a little feminist inspiration, and you want it to come from an intersectional source, look her up on YouTube. You will not be disappointed.

Back in April of 2015, Akilah Hughes' garnered some well-deserved attention for her video, "On Intersectionality in Feminism and Pizza." If you haven't seen it yet, I highly recommend taking the time to check it out, (it's featured above) because not only is intersectionality a topic we all need to become more familiar with, but Hughes literally uses two of my all-time favorite foods to clearly and successfully explain how intersectionality has been sorely lacking in the mainstream feminist movement.

In addition to her awesome YouTube videos, Akilah writes for HelloGiggles, Refinery29, Fusion, and SheKnows. Plus, she's super funny. Check her out over at her website, It's Akilah, Obviously .

Laverne Cox has made a point of identifying herself as a feminist, and since she happens to be a transgender woman, I have no doubt she knows better than most how important it is that feminism be inclusive.

In 2014, Laverne told Dame that she absolutely considers herself a feminist, and that she did even before she transitioned. Additionally, she's been standing up for herself and others like a feminist boss for years now, proudly stating that she's "been a feminist for over 15 years."

Emma Watson has made it clear that she knows feminism needs to be as inclusive as possible. Obviously, someone with Watson's level of socioeconomic privilege can never personally know the struggles of LGBTQ feminists or feminists of color. That said, she acknowledges her privilege, she listens to what other feminists have to say, and she is trying to use her platform to make as many people as possible feel seen and heard in the gender equality conversation.

In response to a question Blanchard was asked on her Tumblr account regarding White Feminism, the Girl Meets World actress wrote the above mentioned essay and totally nailed the problem with mainstream feminism not being inclusive enough. The whole essay is great, and brief, so you should really check it out — but here's just a taste of it to inspire you.

“White feminism” forgets all about intersectional feminism. The way a black woman experiences sexism and inequality is different from the way a white woman experiences sexism and inequality. Likewise with trans-women and Hispanic women. While white women are making 78 cents to the dollar, Native American women are making 65 cents, black women are making 64 cents, and Hispanic women are making 54 cents. Kimberlé Crenshaw said it perfectly in 1989 when she said “The view that women experience oppression in varying configurations and in varying degrees of intensity. Cultural patterns of oppression are not only interrelated, but are bound together and influenced by the intersectional systems of society. Examples of this include race, gender, class, ability, and ethnicity.”

Rosario Dawson embodies intersectional feminism with her extensive, off-camera work. When she's not acting, Dawson works with such organizations as the Lower East Side Girls Club, Global Cool, O.N.E., Oxfam, Amnesty International, Parents, Families and Friends of Lesbians and Gays, Control Arms, International Rescue Committee, Conservation International, Doctors Without Borders, National Geographic Society, The Nature Conservancy and Save the Children. Additionally, she personally founded Voto Latino — a site which "empowers Latino Millennials to claim a better future for themselves and their community." She's also used her voice to raise awareness about domestic violence via the RESPECT! campaign.

Rosario Dawson is a feminist who knows that human rights issues are feminist issues, and vice versa. (Also, I think she might be a real-live super hero.)

We can't really talk about intersectional feminists without talking about Kimberlé Crenshaw. Although Crenshaw speaks openly about the fact that intersectionality theory has been around since the 19th century, Crenshaw was the person to officially name intersectional feminism back in the 1980s. Additionally, she's a Professor of Law at UCLA and Columbia Law School, an author, and co-founder of the African American Policy Forum (AAPF).

In a 2014 interview with the NewStatesmen , Crenshaw addressed the importance of including the topic of race and race relations when we talk about feminism and gender. She stated:

Listening to what women like Crenshaw have to say about needing to "talk about feminism through a lens that looks at race" both inspires me to be a more inclusive feminist, and reminds me that feminism is about much more than gender. If you feel the same way, and want to be further inspired by this awesome intersectional feminist, check out one of her books or follow her on Twitter.