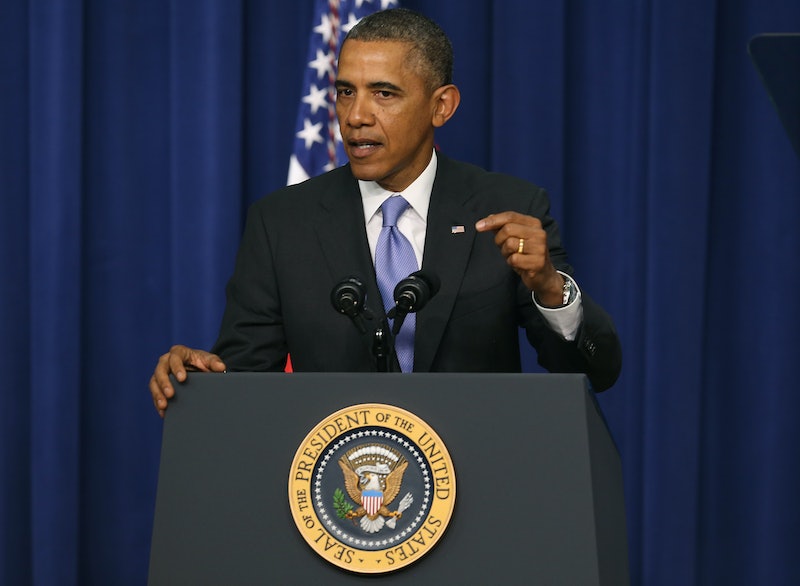 In an interview with the New Yorker published this week, the president said what many people are thinking: as far as drugs go, Obama thinks, marijuana actually isn't so terrible. The president didn't go as far as endorsing the drug, but he told New Yorker editor David Remnick that it is more on the level of alcohol than, say, LSD. At a time when many individual states have legalized weed for either medical or recreational use, do the president's comments signal a tide change at the federal level?

“As has been well documented, I smoked pot as a kid, and I view it as a bad habit and a vice, not very different from the cigarettes that I smoked as a young person up through a big chunk of my adult life," the president told Remnick. "I don’t think it is more dangerous than alcohol.” In fact, he went on to say, in some individual cases pot might actually be less harmful to the consumer than alcohol.

That's not to say the president endorses toking up. He clarified in the interview that he has told his two daughters that marijuana is "a bad idea." But classifying it on the same level as more harmful drugs like heroin is a bit much, even for the president. In addition to coming clean about his own youthful use, he acknowledged that he is most definitely not alone, arguing, "We should not be locking up kids or individual users for long stretches of jail time when some of the folks who are writing those laws have probably done the same thing."

Marijuana is already legalized for recreational use in Washington and Colorado, and medical marijuana is legal in 18 more states plus the District of Columbia. But on a federal level, it's still classified as a controlled substance with no medical use. Although the White House maintains that this administration is not about to legalize marijuana completely, its users can rest easy knowing that the president wants to change how they are treated.