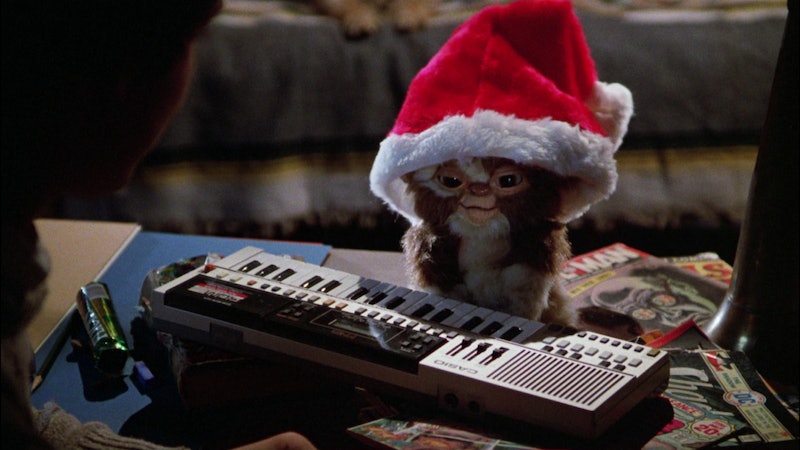 For every classic movie about Christmas (It's A Wonderful Life, Miracle on 34th Street, Elf), there's a bevy of movies that take place around Christmas, but aren't technically about Christmas. Which happens to be perfect if you — like me — are starting to reach your saturation point of holiday films, but don't want to be completely out of the Christmas spirit loop just yet. (It's a struggle, really.) While I'm sure I'll revisit A Christmas Story or Home Alone for the approximately 3000th time before December 25, it's nice to mix up my holiday viewing pleasures every once a while. (Dare I say, joyful even!)

These "Christmas-adjacent" films — a phrase Zack Handlen first coined in an essay for The A.V. Club on the best Christmas-film-that-was-never-really-supposed-to-be-a-Christmas-film, Die Hard — aren't really considered Christmas movies, but do include aspects of Christmas and the holiday season. Mostly, they just happen to be set around that time. And even though they probably won't top the list of your faithful favorites during the season, I for one recommend you make their inclusion a new tradition.

That being said, let's delve into nine movies that take place around Christmas, but aren't really about Christmas at all. 'Tis the season!

Though once responsible for my nightmares, I now revere Gremlins as a quirky and delightful '80s classic. Set during Christmas time in a quaint town, a bunch of tiny monsters wreak havoc during the holidays.

The action film opens with "Jingle Bell Rock" and ends with a Christmas Tree. What happens in between, however, does not feel as jolly.

The quintessential non-holiday, holiday film. Bruce Willis' most notorious action film of all time starts off with a Christmas Eve office party, and happens to be the main reason I shudder every time someone (Santa) says "HO-HO-HO."

Although this is a love story, there are two iconic holiday scenes. One, Harry and Sally carrying the Christmas tree, and two, Sally's New Year's Eve speech.

Christmas might feel like an odd backdrop for a comic book adaptation, but it works here. In fact, the Gotham city Christmas tree lighting in Batman Returns remains one of the best in movie history. (In my humble, humble opinion.)

Yes, your favorite '90s rom-com sure does take place during the Yuletide season. Just ask the Christmas trees in the beginning, or consult the singing of "The Violin Sing With Joyful Ring" around the piano.

For a film that isn't really a Christmas movie, there are LOT of Christmas trees in Stanley Kubrick's Eyes Wide Shut. The movie is full of bright lights and ornate decorations, but the story is much, much darker.

Ah, Just Friends. The most underrated comedy of, oh I don't know, ever. The film is so imbued with winter and cheesy Christmas decorations it's hard to not think of it as a Christmas classic.

Iron Man 3 isn't just set during Christmas time, the latest installment to the Marvel's franchise actually uses Christmas as a plot device. You could say it's a pretty important holiday for Tony Stark.

Maybe it's time to reconsider the holiday films you've been watching all this time, and make room for some new "Christmas-adjacent" classics. Who'dve thought!