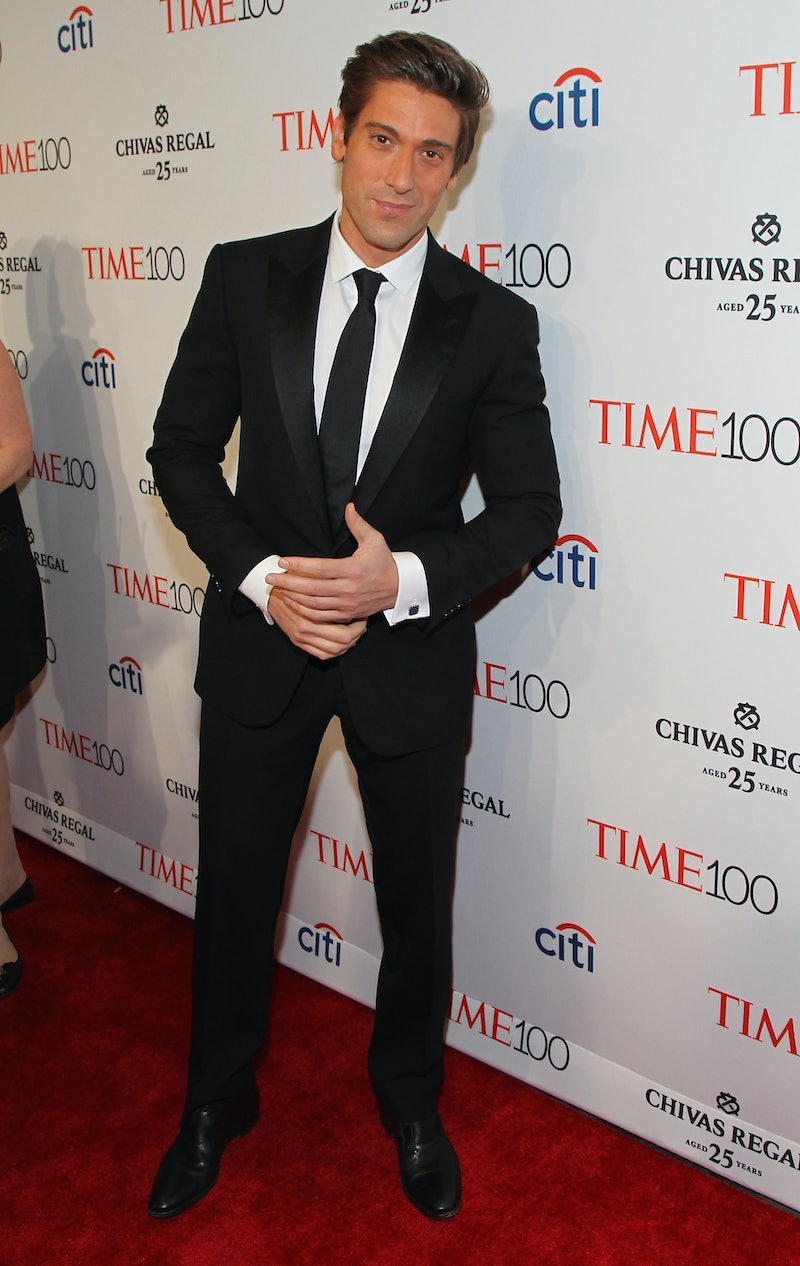 Another debate between the final three Democratic presidential hopefuls is days away, and for those who will be dedicating their Saturday night to watching the next round, anything to arouse just a bit of excitement about the evening may be necessary. Luckily, a few fresh faces will be in attendance in the form of the event's hosts. So who are the Democratic debate moderators hosting the showdown on Dec. 19?

The duo that will be asking the questions is comprised of ABC News broadcast journalists David Muir and Martha Raddatz. Muir is the anchor of World News Tonight With David Muir and the co-anchor of 20/20. Muir hasn't been lead anchor for too long, taking on the head position just last September. He was previously weekend anchor and the newscast's main substitute for Diane Sawyer starting from 2012. His experience in reporting on pressing national issues goes back a lot further, though.

Muir joined ABC News in 2003, and before that, he spent time at WCVB in Boston and WTVH in Syracuse, New York. He's been recognized for his reportage on, well, way too many things. He covered Israel and the Gaza Strip in the late '90s, traced the actions of the hijackers who carried out the Sept. 11 attacks, reported from inside the New Orleans Superdome after Hurricane Katrina, went to Fukushima in the wake of Japan's 2011 tsunami, and became practiced in election coverage back in 2012. He has also hung out with Pope Francis.

Muir has won multiple Edward R. Murrow awards and Emmy awards over his two decades of broadcast reporting. People magazine also named the anchor one of the Sexiest Men Alive in 2014 — not too shabby, Muir.

The TV anchor is pretty much that impossible combo of ridiculously good-looking, yet super relatable. Muir loves himself a long flight, Vanity Fair reported in July. It's up in the sky that Muir finds the time to do things like watch The Notebook and cry in front of the flight attendants. Yes — that happened.

She's reported from just about every location around the globe, and the awards Raddatz has received for her coverage runs the gamut. She's got a Peabody Award, several Emmy Awards, an Overseas Press Club Award, and the White House Correspondents' Association awarded her in 2007 for her presidential news coverage.

Raddatz isn't a newbie to debate moderating, either. In 2012, the correspondent moderated the only vice presidential debate between Paul Ryan and Joe Biden. Oh, and in case you forgot — Raddatz was the one whose cell phone went off during a 2007 White House press briefing, playing Chamillionaire's "Ridin'" in ringtone format for everyone to hear.

The pair is fun, feisty, and fearless. The fact that they're veterans of the trade is just a plus, and makes staying home on Saturday evening sound a whole lot more appealing.

More like this
How To Fight For Reproductive Rights, Based On How Much Time You Have
By Courtney Young
President Zelensky Spoke Out On Ukraine's Chances Of Hosting Eurovision Next Year
By Sam Ramsden
Manchester Arena Attack 5 Year Anniversary
By Ella Glover
10 Times Diana & Meghan Spoke Similarly On The Royal Family
By Sophie McEvoy
Get Even More From Bustle — Sign Up For The Newsletter