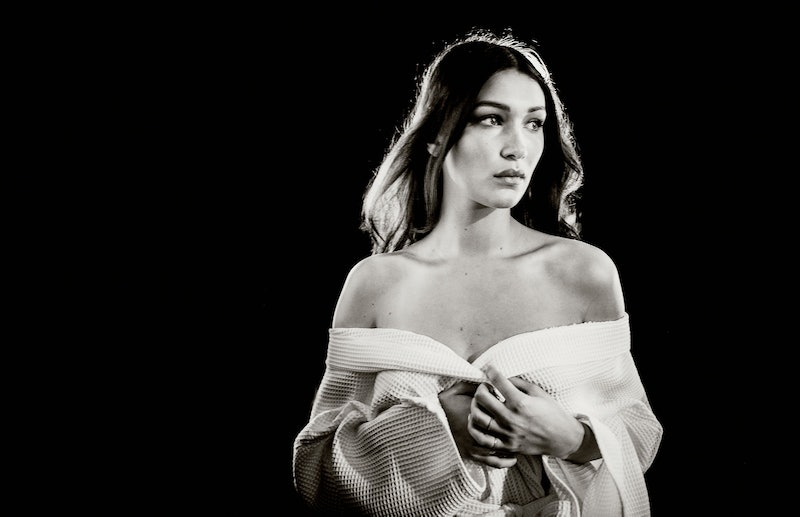 There are some stars who have burned brightly for a long time, but often it's the celebrities who have newly entered our global consciousness that fascinate us the most. This year we had quite a few newly-minted celebrities hit the scene, and with their newly-found fame, they ushered in a new era of modeling, acting, and performing that will entertain us for years to come. For these individuals, 2015 was the year that truly made a difference in their careers, and may forever be labeled by them as the year they got big. After all, their lives look a whole lot different in December of 2015 than they did in January of 2015.

It's not necessarily that these people were total unknowns before 2015 hit: it's just that they didn't quite ping on anyone's radar as frequently as they do today. The hustle of the previous years clearly worked in their favor, because these celebrities went from being a vaguely familiar face to a famous one over the course 365 days. It's almost like they were never unknowns at all.

Here are the celebrities whose lives got a complete makeover when they broke out in 2015:

If you asked someone who Bella Hadid was in January of 2015, the first response might be that she's Gigi Hadid's little sister. That's not untrue, of course, but 2015 proved that the youngest Hadid is so much more than that. The daughter of Real Housewives of Beverly Hills star Yolanda Foster signed with IMG Models in August of 2014 and has since walked in runway shows for Tom Ford, Jeremy Scott, and Diane von Furstenberg, making a distinct name for herself outside of her family. The 17-year-old appropriately graced the cover of Seventeen Magazine in October of 2015, a rite of passage for any young star on the rise.

In January, the 13-year-old was best known for her Dance Moms fame and for a (then seemingly random) appearance in Sia's video for "Chandelier." Today, Ziegler has performed in multiple Sia videos, and acts almost as a "mini version" of the camera-shy singer. She also appeared on Pretty Little Liars, introducing herself to a television audience that prefers their drama scripted.

Though Vikander has appeared in several films prior to 2015, including The Fifth Estate, this year was the year her career truly took off. The actress will have appeared in six (yes, six) films by the end 2015, including the much buzzed-about The Danish Girl, where she will play the wife of a trans woman who sacrifices her marital status to help her husband transition.

In January of 2015, Johnson was a working actress whose biggest job so far had been the star of a cute-but-quickly-cancelled Fox sitcom. Then, February came, and boom: she was Anastasia Steele. The Fifty Shades of Grey star became the instant envy of women everywhere (if only because of her close proximity to Jamie Dornan's abs) but the movie wasn't her only project of the year. She also took on the very different role of a Boston mom in the crime drama Black Mass.

You may recognize Edgerton from films like The Great Gatsby or Exodus: Gods and Kings, but this year he solidified himself as a leading man. Though the film Black Mass may have been touted for Johnny Depp's chilling role as gangster Whitey Bulger, Edgerton got the most screen time as the FBI agent who crosses boundaries with his informant. Edgerton also directed, wrote, and starred in the drama The Gift, proving that he's more than just a famous face.

Boyega is having a very good end to 2015. The English actor starred in sci-fi flick Attack the Block in 2011, and also appeared in the mini-series 24: Live Another Day in 2014, but it wasn't until Boyega was cast in Star Wars: The Force Awakens that his star meter seriously went up. Now, as one of the several new faces of the franchise, this guy won't be able to go anywhere without fans freaking out.

It would be impossible to talk Boyega's breakout without also discussing Ridley's. You may have seen Ridley in even fewer things than Boyega: the actress is a relative newcomer, having IMDb credits dating back to only 2013, most of which are guest roles or short films. Today, she's the heroine of the new Star Wars and will likely keep that title for quite some time.

Malek has been working steadily in the industry since 2004, and though he has appeared on shows like 24 and The War At Home, he never quite became a known name. That all changed this year, when USA aired Mr. Robot, a gritty series in which Fight Club met hacking culture. Malek's starring role as Elliot, a hacker who gets involved in an anarchist organization, proved that he has some serious depth as an artist, as he can explore the many, many facets of Elliot's character. (No spoilers, of course.)

Oh how time flies. If you saw Into The Woods last Christmas, you may have initially recognized new late night host Corden simply as "The Baker." Yet in 2015 he smoothly took over for Craig Ferguson's The Late Late Show, the very first show to be able to claim that it tattooed Harry Styles. Segments like carpool karaoke segments have endeared him to fans in 2015, perhaps even enough to stay awake for the later talk show.

Here's to seeing these new faces for many years to come — things should only look up for these stars in 2016.