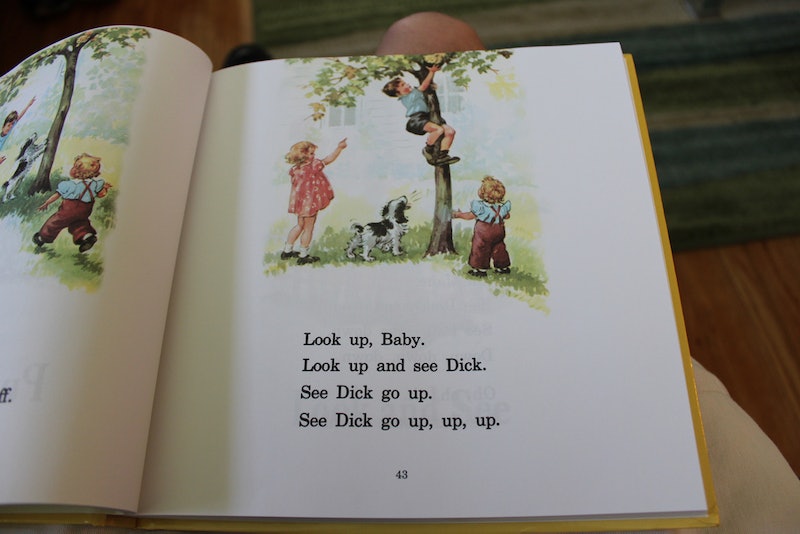 Remember how much better life was when you were a kid? Someone else prepared your meals and did your laundry, your classes included music and art, and you had a nap time built in to your daily routine. Whether it was at home or at school, you even had story time set aside to read your favorite children's books, which to this day, you remember every page of.... or do you? Now that your an adult caring for kids of your own (OK, or probably just babysitting when your older sibling really needs you to), you might have realized there are some dirty quotes you missed in your favorite children's books.

Unlike a lot of animated movies that have adult humor written into it, children's books are often unintentionally inappropriate. No, I'm not talking about Adam Mansbach's wildly popular parody, Go the F**k to Sleep , which makes its adult content obvious right from the title. I'm talking about the Little Golden Books from your childhood and your most beloved bedtime story, the ones you read over and over again as a kid and never realized how completely wrong they sounded — you know, when you were young and you didn't have a completely dirty mind. Back when you were innocent, in the good old days. When you get around to rereading them as an adult, though, something doesn't seem quite right, especially when taken out of context.

Maybe my mind is in the gutter, maybe I'm going to ruin your childhood memories, but you need to know these 10 dirty lines from your favorite kids' books. Story time will never be the same again.

1. "Mrs. Rogers was angry. She was very angry. She opened her mouth. Mrs. Rogers meant to tell Amelia Bedelia she was fired. But before she could get the words out, Mr. Rogers put something in her mouth. It was so good Mrs. Rogers forgot about being angry."

OK, so Mr. Rogers put pie in her mouth (lemon meringue, to be exact), but that's so not what you were thinking when you read that just now.

Yes, they're talking about snow here, but something else white comes to mind...

— Little Golden Books, Who Will Toss My Salad?

To be fair, this book is an older one (and out of print), but the title says enough that you really don't have to read any more of the book for sexual innuendos.

Another older book, from the time when people didn't chuckle every time they heard the nickname for Richard, just about every Dick and Jane book has great (and totally dirty) lines like this.

Does this sound like every creep at the bar who has ever hit on you inappropriately? Yeah, I thought so.

— Shel Silverstein, Where the Sidewalk Ends

7. “But there was one other thing that the grown-ups also knew, and it was this: that however small the chance might be of striking lucky, the chance is there. The chance had to be there.”

Unlike kids, adults know that if you hold out long enough, you're bound to get lucky... even if it's with that crazy old guy from town. Gettin' some is gettin' some.

8. "George was fond of peeking in windows."

Since when is it OK to be a sexual predator, let alone in a children's book?!

9. "Teddy Bear doesn't care for the bath tub. He would rather sit and watch."

Let's just be thankful this one was written before the age of nanny cams hidden in stuffed animals, shall we?

10. "You'll notice your beaver rests all day. And fools around all night. That's nice. Because if you can't get to sleep, you'll have an instant playmate."

Because playing with yourself — er, I mean your beaver — is everyone's favorite late-night pastime.