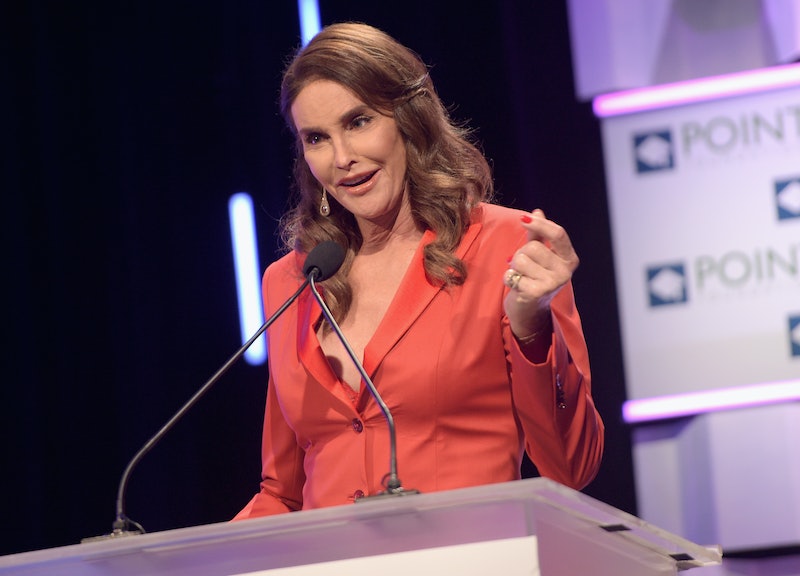 In what shouldn't be a shock to anyone who paid attention to the news this year, Walters named Caitlyn Jenner as her Most Fascinating Person of 2015 in her annual televised special, Barbara Walters Presents: The Most Fascinating People of 2015. Throughout the year of 2015, Jenner has brought awareness to transgender people, and though, as Walters mentioned, she is often an easy target for criticism, I cannot imagine anyone else deserving the title of "Most Fascinating Person" more than Jenner. Since her interview (as Bruce Jenner) with Diane Sawyer, Jenner changed the landscape of acceptance for transgender and non-transgender people alike.

Along with getting her own docuseries I Am Cait, Jenner has been accepting many awards since she announced she was transgender this year. The Olympic gold medal winner accepted the Arthur Ashe Courage Award at the 2015 ESPY Awards in July, and she also accepted Glamour's Woman of the Year title in Nov.

But as Walters discussed, all of these milestones have unfortunately been met with controversy. As a celebrity for many years, even before Keeping Up with the Kardashians, Jenner has had certain privileges in her life, which have been scrutinized during her transition throughout the latter half of 2015. And while it's important to note that Jenner isn't like the vast majority of people when it comes to fame and wealth, particularly in terms of being a spokesperson for trans issues, it shouldn't take away from the bravery Jenner has shown by attempting to live as her truest self.

As Walters said, Jenner is a "lightning rod" for controversy, but I dare anyone to say that she doesn't deserve the title of "Most Fascinating" for 2015. Not only has she given her private life up to the public, she has spoken about a rarely covered issue (even for her, living it) respectfully and articulately. My only wish with Jenner is that she chose to spell her name "Caitlin" (like mine), but I can forgive her for it since I know that beyond 2015, Jenner will continue to help the world understand the complexities of the trans community — and by bringing more awareness, hopefully more acceptance will follow.

More like this
Jake Daniels Just Became The UK’s First Active Football Player To Come Out As Gay Since 1990
By Sam Ramsden
Sandra Bullock, Girlboss Extraordinaire
By Matt Harkins & Viviana Olen
Spice Girls’ Net Worth: The Richest Member Is Wealthier Than The Rest Combined
By Hugh McIntyre
Simply Sayo Doesn’t Consider Kpoetry Hard Work
By Jessica Morgan
Get Even More From Bustle — Sign Up For The Newsletter