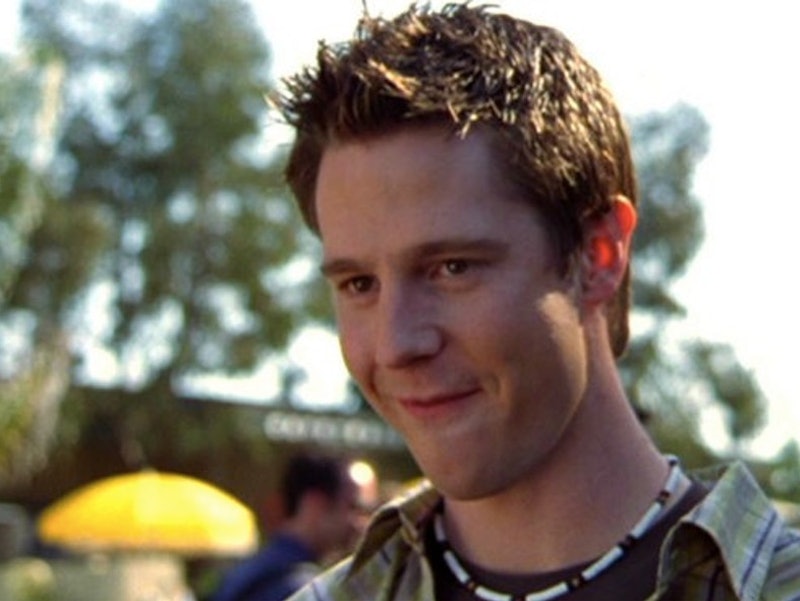 It's the season of giving, and, in my opinion, you should give yourself the gift of Logan Echolls. The male, romantic lead of Veronica Mars flipped the femme fatale trope on its head, and, in doing so, gave us one of the greatest couples in television history. (Even though it took them until the Veronica Mars movie to really make it work.) And in this holiday season, if Logan isn't the first thing you think of when you think of Christmas, then you're living your life the wrong way. In fact, if you really think about it, you'll notice the same thing that I did: Logan Echolls actually embodies the Christmas spirit. Sure, he's made a lot (a lot) of mistakes. Sure, he's Neptune's resident bad boy, both before and after his reform. And, sure, not everyone out there will agree with me. But I'm right and, by the end of this list, you'll understand just how right I am.

In fact, for the non-believers out there, I sat down and made a list of all the many reasons that Logan practically is the Christmas spirit. Although the holiday episodes of Veronica Mars were few and far between, over the course of every episode, Logan displayed the generosity, the love of his fellow man and family, and the sheer, unfiltered awesomeness that most people associate with this time of year. He's Christmas come to life, for more reasons than one.

1. He's Incredibly Generous With His Time

OK, so he was being sarcastic here, but there's no doubting that when Logan cares about you, he's always there for you. Veronica, Duncan, and Lilly certainly all saw that side of him. The real trick is getting him to care in the first place.

Well, he is if you're Veronica Mars. (Or Lilly Kane, but, you know...) Logan is the most loving and attentive boyfriend in the world, for all of his flaws, and he chose Veronica over his friends long before they were ever the epic story that they would become in later seasons.

3. He Even Hosts Christmas Events

OK, so poker games aren't what people typically think of when they think of Christmas — especially not when the money from the game gets stolen, and Veronica has to step in to save the day. However, the fact still remains that Logan was the heart holding this group together.

4. He's Pretty Much The Perfect Present

Look at him. Look at him, and remember all that Logan was — the good and the bad — and try not to fall for this jerk with a heart of gold.

5. He's All About His Family

When Logan thought there was a chance that his mother hadn't committed suicide, it was one of the first times that he and Veronica truly bonded. The lengths that Logan went to in teaming up with his mostly-still-an-enemy in order to find the one member of his family who loved him and cared about him was beautiful and heartbreaking.

Not to be materialistic or anything, but the man knows how to make a gesture.

7. He Makes Sure Everyone Has The Chance To Learn A Lesson

He even has his answering machine set to give anyone who calls him a word of the day. That Logan Echolls, always thinking of others and making the world a better, brighter place for having him in it.

8. He Punishes The Wicked, Just With Veronica Instead Of Coal

Just like Santa Claus, Logan rewards the good and makes sure that the wicked become suddenly, deeply, irrevocably afraid of short, blonde women.

9. He Brings Much-Needed Laughter To The Holiday

10. Not To Mention He Can Make You Feel Steamy In The Cold

When it's cold outside, and you need to warm up, try watching any scene in which Logan and Veronica start making out like it's going to become illegal the next day. Their kisses are either adorable or steamy, and both kinds will do the trick.

If Christmas isn't all about LoVe, then I don't know what it's supposed to be about.