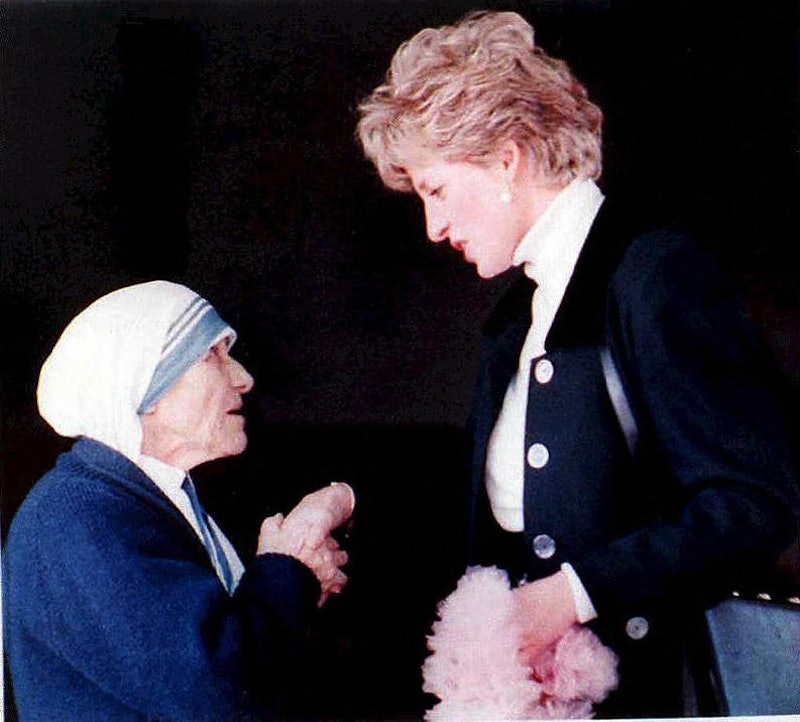 One of the Catholic Church's most famous modern-day workers will soon be one of its most famous saints. The Vatican on Friday announced that Mother Teresa will be sainted, as Pope Francis recognized a second miracle that was attributed to her. Mother Teresa lived a life unlike any other nun, reaching international praise and accolades for her work helping India's most impoverished people. A look through these old and historical photos of Mother Teresa shows just what kind of journey the renowned woman took to reach this ceremonious moment.

Mother Teresa committed to religious life in 1928 when she joined a sisterhood at age 18 and forever dedicated her life to the Church and helping the poor. When she died in 1997 at age 87, it was fairly certain that Mother Teresa would eventually achieve sainthood, which requires two miracles to be attributed to her. Her first miracle came in 2003 when Pope John Paul II gave a decree that acknowledged she cured an Indian woman with an abdominal tumor.

Over the years, as Mother Teresa's name went international, she sat with world leaders, traveled to the most desolate regions of the world, and always had a smile. These are just some snapshots of her life.

Greeting Well-Wishers In New Delhi, Four Months Before Her Death (1997)

More like this
How To Fight For Reproductive Rights, Based On How Much Time You Have
By Courtney Young
Rebekah Vardy & Coleen Rooney’s Trial Has Officially Begun
By Bustle UK
Prince Harry & Meghan Will Attend The Queen’s Platinum Jubilee With Their Children
By Sam Ramsden
Sandra Bullock, Girlboss Extraordinaire
By Matt Harkins & Viviana Olen
Get Even More From Bustle — Sign Up For The Newsletter