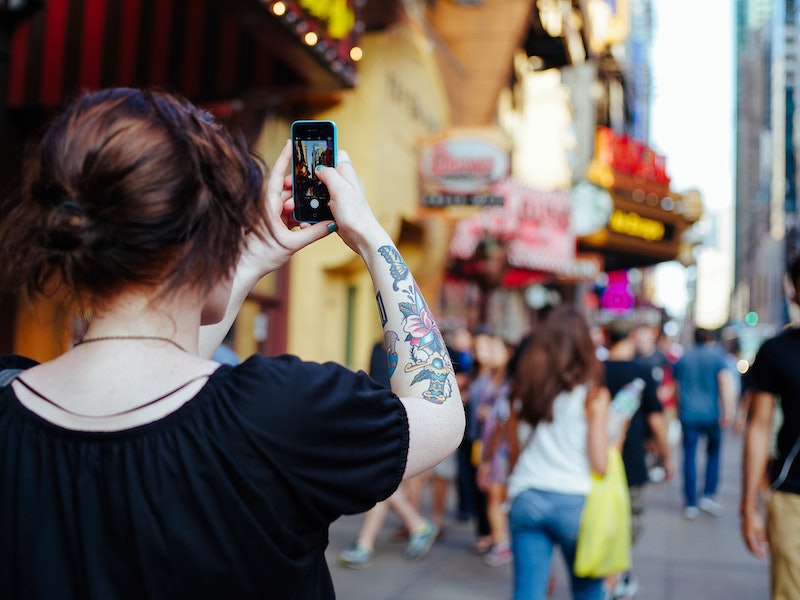 We all have personal theories about which selfies are Instagram-worthy and which should be deleted immediately. Now, researchers at Massachusetts Institute Of Technology (MIT) have distilled it down to, well, a science, and developed an actual algorithm that tells you what's wrong with your selfies. Members of the Computer Science and Artificial Intelligence Laboratory (CSAIL) have created an algorithm called “MemNet” that can decipher almost as accurately as a human, the memorability of any image.

The algorithm uses deep learning techniques, a form of artificial intelligence (similar to what's used when you’re talking to Siri) which allows it to discern patterns all by itself. To teach the algorithm the difference between a memorable and forgettable image, the researchers fed it over 60,000 photos from the LaMem (large-scale memorability) database, the world’s largest memorability dataset. The images had been tested in trial experiments online, and were previously given an objective “memorability score.” It may seem like no surprise that research showed that close ups of human faces or body parts were far more memorable than snapshots of nature scenes. Hear that Facebook friends — I don’t care about the "stunning" view from that mountain you climbed in Tibet!

Once the software had analized these pics for patterns, and built an understanding of elements that correlated with memorability, it was tested against human subjects. MemNet competed with a group of people to see who could better predict how well another group would recall unfamiliar images.

The humans scored 68 percent and MemNet was right behind them at 64 percent accuracy. While MemNet may not have beaten the human score, it did performed 30 percent better than existing algorithms, said the CSAIL researchers. MemNet also creates a heat map of images highlighting the most memorable parts of the pic. And why use this nifty algorithm if it’s still not performing quite as well as humans? "It's like having an instant focus group that tells you how likely it is that someone will remember a visual message," says co-author and researcher at CSAIL, Aditya Khosla.

While artificial intelligence has been constantly improving and pushing boundaries since Deep Blue, predicting human memory has been thought to be a “higher-level cognitive process” that scientists just can’t master. Co-author and team member Aude Olivia, confirms, “Well, we can, and we did!”

You can try out the algorithm on your own selfies by running the demo on MemNet’s website. Upload a personal image and see how it ranks against the database, with 1 being most memorable and 0 being least memorable.

I tested their theory with a few of my images. True to the research, close ups of my face and body parts did well.

But a shot where I was situated farther away, with a predominance of the image being a nature scene, ranked as far less memorable.

And a pic of my herb garden faired even worse. Guess nobody really cares if you grow the rosemary yourself.

It just goes to prove, not all self-portraits are meant to shine on social media!