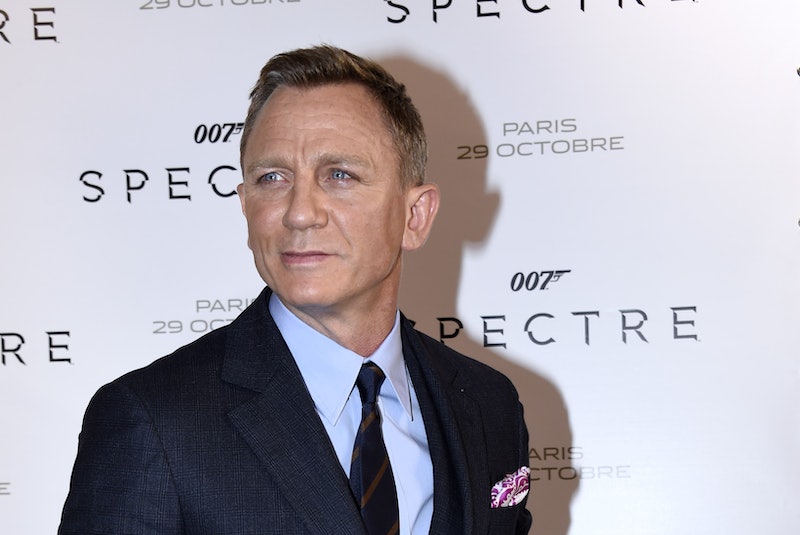 At long last, Star Wars: The Force Awakens has hit theaters, and, while you're all pretty excited to be introduced to the next generation of Jedi knights, you're really checking in to see all your old favorites. You know, Luke Skywalker, Leia Organa, Han Solo... James Bond. Yeah, maybe you've heard this: rumor has it that Daniel Craig has a cameo in Star Wars: The Force Awakens. And, if you didn't notice it, there's a really great reason for that. As to be expected, light spoilers are below, so, if you haven't seen the film already (for shame), don't scroll through unless you have the stomach for it.

According to Entertainment Weekly, Craig has a pretty stealth role in Force Awakens ... as a stormtrooper. Let's provide some context, first, though. In one scene, lead heroine Rey is captured, and she tries to Jedi mind trick herself out of the situation. “You will remove these restraints and leave this cell with the door open,” she says to a stray stormtrooper, played by Craig. It... doesn't really go as expected. "I'll tighten those restraints, scavenger scum,” Craigtrooper shoots back at her. E for effort, Rey. The important thing is that you're learning.

We'll cut it off here, but, even with such a faceless, abbreviated non-role, the idea of James Bond in Stars Wars is definitely a "mind blown" moment. What's particularly amusing is that Craig denied the possibility of a cameo months earlier. See, as it would turn out, some of the sound stages for the last Bond flick Spectre and were a hop and a skip away from the Force Awakens sounds tages at Pinewood Studios. Craig had that ability to pop in like any time, but the rumor mill really started churning when Simon Pegg addressed his own cameo in the film. "I wasn’t a Stormtrooper. Daniel Craig, he was a Stormtrooper," he said, before realizing he dun goofed adding, "I shouldn’t have said that."

Craig then stepped in to squash the rumors. When Entertainment Weekly questioned him on the cameo, he shot it down, Han Solo style."Why would I ever bother doing something like that?" he said back in July. “F*cking hell! Pffft. Play an extra in another movie?” Real smooth, Bond. Reeeeeal smooth.

Well, small as it may be, it's really cool that we almost have a Star Wars/James Bond crossover now. Who knows? Maybe the two franchises can join forces in the future. I'm sure 007 would look great if he accessorized his tuxedo with a lightsaber.