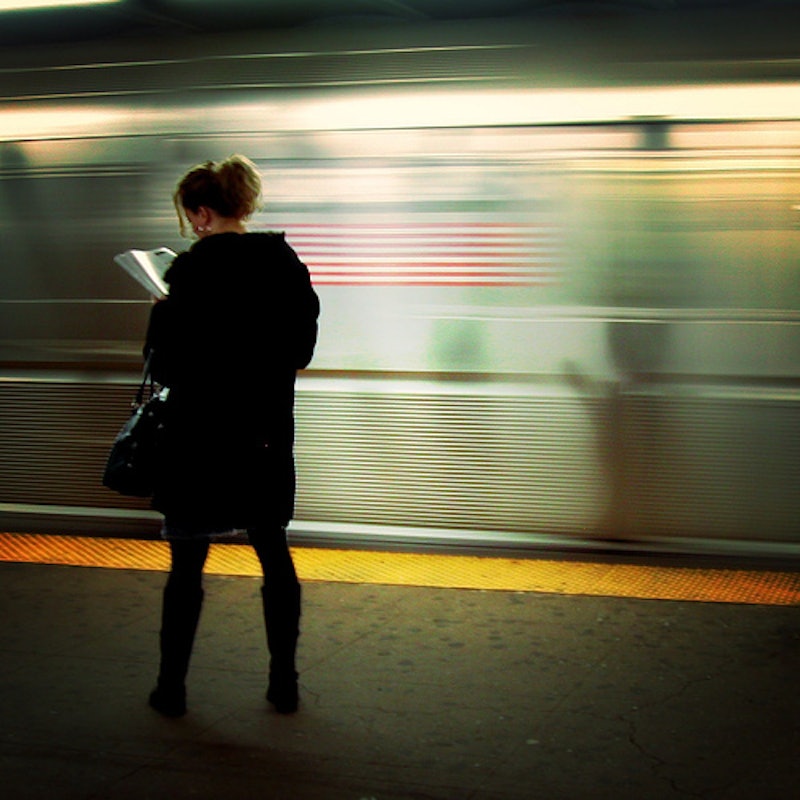 There is no shortage of feminist literature out there. But let's say you've already read everything that Roxane Gay and Chimamanda Adichie and Amy Poehler have to say on the subject (and if you haven't, go check them out, I'll wait). Or maybe you're just looking for feminism in some less likely places. Or you need a solid book that's going to show your less enlightened friends that feminism isn't a bad word. Or you're just plain sick of reading books by dead white men where women function mostly as decoration (I'm looking at you, most of my high school English curriculum).

Well, this motley assortment of books may not seem like beacons of equality from the outset. They may be a little rudimentary, or traditional, or just plain sexist, but each of them has some kind of feminist message, even if it's hiding just out of plain sight. OK, granted, it may take some creative reading to find a strong sense of feminism in the writings of Ernest Hemingway, but who says you have to interpret everything exactly as the author intended?

Now, I'm not saying you should chuck Judith Butler and bell hooks out the window and read these instead, but if you're looking for a dose of unexpected feminism, here are nine books to check out:

1. This is How You Lose Her by Junot Diaz

Junot Diaz writes spectacularly sexist characters. Yunior, the central character, is straight up misogynistic scum in search of love. And yet, even though Diaz excells at crafting chauvinist pigs, he manages to write a sexist protagonist without writing a sexist book. We, the reader, are supposed to understand that Yunior is sexist, that his behavior toward women is disrespectful, that he is the cause of his own misery and heartbreak. Diaz doesn't give us his female characters' perspective, but instead he expertly takes down misogynistic thought from the inside.

I don't think anyone would ever accuse Ella Enchanted of being anti-feminist in any way. It's a retelling of Cinderella in which Cinderella overcomes her curse of obedience and saves herself, after all. But Gail Carson Levine's sweet and cleverly twisted fairy tale is more of a feminist fable than you might remember from middle school. I mean, Ella breaks her own curse by refusing to marry Prince Charming: she rewrites her own fairy tale, which is pretty badass example to set for little girls.

Swamplandia! is a strange and wonderful story of alligator wrestling and theme parks and ghosts, but at its heart, it's a story about sisterly love and about a young girl coming of age without her mother to guide her. Ava Bigtree is only 12 years old, but her mother is dead and her father and brother have seemingly abandoned the family, so it's up to her to stop her sister from marrying her controlling ghost boyfriend. A girl grows into a hero to save the strongest female relationship in her life. What more could you ask for?

OK, so Ulysses is so famously confusing that you could probably find dozens of both feminist and misogynistic messages in it, if you look hard enough. But this book is still a surprisingly feminist read: After chapters and chapters of Stephen and Bloom acting out their weird father-son issues, the novel ends with a lengthy monologue from Bloom's wife, Molly, while she masturbates. All those literary allusions and metaphors are leading up to an epic soliloquy from a masturbating woman, who is clearly very comfortable with her own sexuality, and the happy ending is, well... a happy ending for Molly. It definitely comes as a surprise.

Wait... isn't Jane Eyre just sort of... feminist? What makes it surprisingly feminist? Well, Jane's love interest and boss, Rochester, is fairly scummy. Spoiler alert: He tries to marry Jane even though he already has a secret wife locked up in the attic, and she still ends up with him. Gentlemen, it's common courtesy to tell a girl if you have a secret attic wife before you marry her. That's enough for some people to declare that Jane Eyre is not so very feminist. But Jane is still such a self-reliant character, who returns to Rochester on her own terms, so I'd say that Jane is a pretty impressive (and definitively feminist) fictional lady.

6. Romeo and Juliet by William Shakespeare

Yes, it's a very traditional love story where the girl kills herself rather than live without her lover. But hear me out! Romeo is the man in the relationship, but he's also the sappier, more lovesick of the two. He starts the play by whining about some other girl. He is all about love and traditionally feminine feelings. Juliet definitely loves him back, but she's the one who gets a whole monologue about how freaking excited she is to have sex for the first time. And she's never quite as sappy as Romeo. Traditionally romantic? Sure. But the gender roles aren't as traditional as you might think.

I know, I know, it's Ernest Hemingway. He's not exactly winning Feminist of the Year. He writes a lot of books about being a Man and killing animals and how women ruin everything. This is one that really depends on your reading of the book, but you have to admit that Lady Brett Ashley is still a pretty kickass character. All the men in the book idealize her to some extant, but underneath all the personas that men project onto her, Brett is just a very sad human being trying to keep going. She's just as vulnerable as all the men she seems to control, even if Hemingway doesn't let her show it all that often.

Well... OK, this is another that REALLY depends on your reading of it. Lolita is a novel about a gross man who preys on a child and acts as though it's a romance (it's also full of wordplay and nonsense). But Nabokov is pretty open about Humbert Humbert being a sad and despicable person. Because the book is from Humbert's perspective, we don't get an insight on how Lolita feels, but if you read the book as a feminist, it becomes the portrait of a predator and how he robs his young victim of all person-hood. Dark, but probably closer to what Nabokov intended.

It may be a story about a man, but it involves a lengthy roster of interesting female characters. Because, as the title suggest, Y: The Last Man takes place in a world in which every human or animal in possession of a Y chromosome has died suddenly (except for our hero, of course). So Yorick and his monkey becomes the last man (and male monkey) on Earth. The comics follow him and his adventures, but they also delve into how society recovers from the loss of all men, and how women rise to take over all leadership roles worldwide.