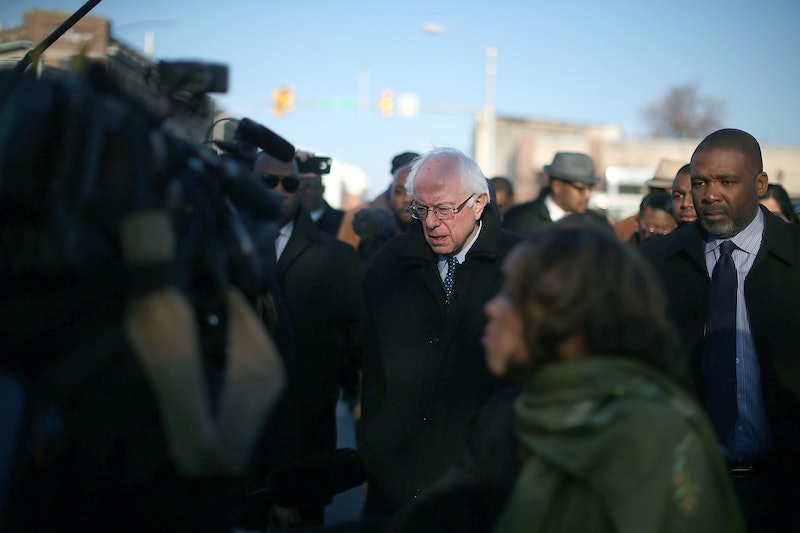 After his campaign sued the Democratic National Committee, Bernie Sanders regained access to DNC voter information on Saturday just hours before the Vermont politician is slated to face-off with Hillary Clinton in the third Democratic presidential debate. The Sanders campaign was denied access to voter databases after accusations from the Clinton camp surfaced about an alleged data breach, in which the Sanders campaign was able to access information from the Clinton campaign. The two Democratic candidates are expected to take their behind-the-scenes drama to Saturday night's debate, where Sanders will now have to cope with his first campaign scandal.

"The fact that data was accessed inappropriately is completely unacceptable, and the DNC expects each campaign to operate with integrity going forward with respect to the voter file," Wasserman Schultz added. She said the Sanders campaign was fully cooperating with the DNC's ongoing investigation of the alleged data breach.

The DNC suspended access to the voter database earlier this week, claiming that the Sanders campaign accessed data from the Clinton campaign. The Sanders camp says the data breach was caused by a glitch in the firewall that blocks campaigns from seeing one another's confidential data.

In a statement released Friday, Sanders campaign manager Jeff Weaver said staffers were aware of the glitch two months ago, and reported it to the DNC. "We were concerned that our data could be compromised and we were assured at the time the firewall would be restored," Weaver said in the statement. "Instead, we found out two days ago that once again, this sensitive and important data was compromised because the DNC and its vendor failed to protect it."

We are pleased that the Sanders campaign has agreed to submit to an independent audit to determine the full extent of the intrusion its staff carried out earlier this week, and also to ensure that Sanders' voter file no longer contains any of the proprietary data that was taken from us. We believe this audit should proceed immediately, and, pending its findings, we expect further disciplinary action to be taken as appropriate.