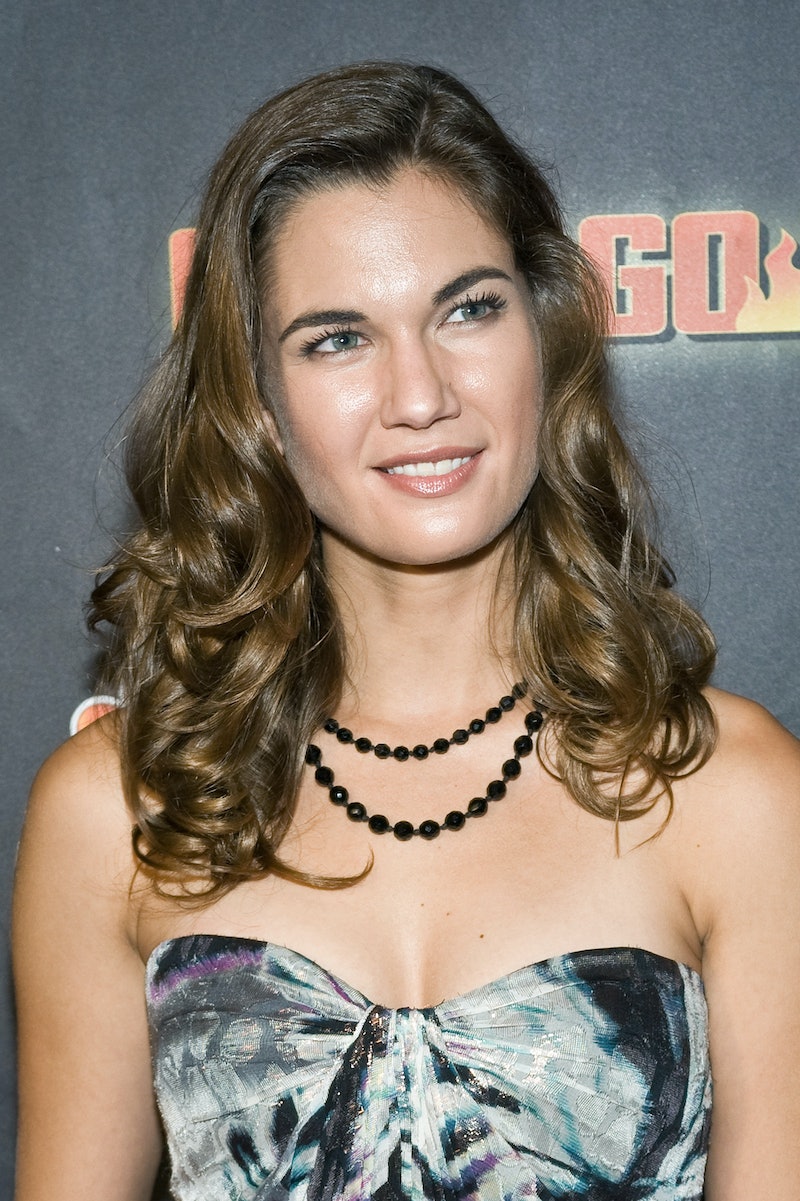 It's hard to believe that we've got a whole three months or so until Once Upon A Time comes back to our TV screens — after all, it seems like not very long ago we were waiting for Season 5 to even begin, and now we're already halfway through the season. While the whole "Dark Hook" fiasco became much of the focus of the latter half of 5A, we also checked in with Zelena long enough to watch Regina magically transport her back to Oz, because I guess it's super easy to hop realms now and everyone in Storybrooke has come to prefer coastal Maine to the Enchanted Forest. But I digress! Zelena is gone, but not forgotten — she'll return in the spring, and now it seems we know a little bit more about what lies ahead. In fact, Once Upon A Time has cast Teri Reeves to play Dorothy Gale back on Oz, so big things are in store for the Wicked Witch, it would seem.

We last saw a younger version of Dorothy back in the Season 3 episode "Kansas", when she temporarily extinguished her with a bucket of well water before clicking her heels and heading home. Now, a grown up "brave warrior" version of Dorothy will return to Oz to finish the fight she started all those years ago. According to the casting announcement, Dorothy will need to rely on some new friends (perhaps characters we've yet to meet) if she wants to succeed, but I suppose we'll be waiting a while longer to find out who exactly those friends will be.

Rebecca Mader was only made a full-time cast member this season, so we had to figure it'd be unlikely that getting rid of her would be as easy as Regina finding some self-belief and banishing her forever via magic wand, sans-grossly conceived daughter, still known simply as "Baby Hood". Reeves' casting confirms that, and thank goodness — we all know not much can keep wicked down for very long. Given that we already know we're headed to hell in Season 5B, it remains unclear just how much time we're actually going to have to dedicate to Oz, but I suppose we'll have to make some time if we want to somehow get Zelena back to Storybrooke, which eventually needs to happen.

Visiting Oz might be fun. After all, we've barely spent any time there, and a land of Lollipop Kids and Munchkins might be a welcome change from the doom and gloom of the Underworld. However, there are far more questions about Dorothy's arrival than there are answers, at this point. For instance, how did she even get back? Unless another tornado magically plopped her down in the same place twice, she must be able to wield magic, which could make things interesting. Also, why come back now? Did someone tip her off to Zelena's return and beg for Dorothy's help? If so, whom? Finally, is Zelena really that much of a threat to Oz? After all, considering she's been separated from her baby in another realm, you'd imagine her first priority wouldn't be terrorizing the locals, but finding a way to get back to Storybrooke so that she could torture them.

Whatever happens, it looks like we'll have to wait until at least March to find out.