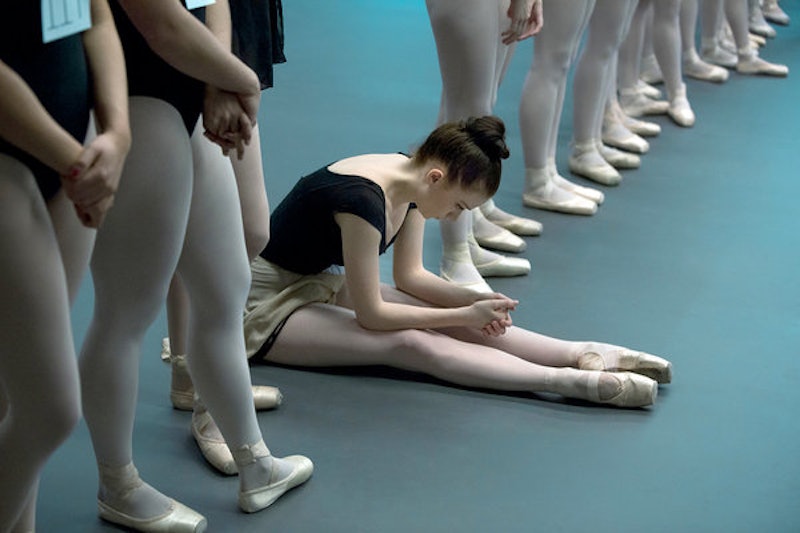 It was easy to become addicted to the Starz drama Flesh and Bone. Between the incredible dancing, amazing writing, and impressive performances, it turned out to be one of the most compelling shows of the fall season. Considering I watched the entire season in one weekend, I'm dying to see what's next for Claire and the American Ballet Company. So, will Flesh and Bone return for Season 2?

Unfortunately, the show was converted to a miniseries and will not be back. As reported by The New York Times, it was initially meant to be a continuing series — but production costs resulted in a change of plans. Although the exact budget has not been divulged, creator Moira Walley-Beckett described it as "massively expensive," largely due to measures that were taken to ensure the safety of the dancers. Physical therapists were on hand throughout shooting, and shock-absorbing floors were constructed in order to reduce the risk of injuries — and all those safety precautions created a hefty production bill.

But, we won't be left hanging. Walley-Beckett told The New York Times that Flesh and Bone is a "very complete eight episodes" and there are "serious and dire consequences to everything." I won't spoil the ending for anyone who is watching the show weekly rather than binge-watching, but the conclusion doesn't disappoint and I think the show worked extremely well as a miniseries.

Of course, I'm still disappointed that it won't be back — and my fellow Flesh and Bone addicts probably feel the same way. If you're dying to watch more ballet on the small screen, here are a few shows and movies that you'll probably enjoy:

This 2011 documentary follows six male and female ballet dancers as they train for the Youth America Grand Prix, one of the most prestigious ballet competitions in the world. Needless to say, there's plenty of amazing dancing — and the documentary's subjects all have fascinating backstories to accompany their awe-inspiring dance moves. First Position is available to stream on Netflix and it's a must-watch for any ballet fan.

Since it's a teen TV series, Dance Academy is nowhere near as gritty and intense as Flesh and Bone — but, there are plenty of beautiful dance sequences and interesting characters. Set at the fictional National Academy of Dance in Australia, the show follows the training and personal lives of a group of pre-professional ballet students. All seasons are available to stream on Netflix and it's a fun show to binge watch if you love to watch ballet with a healthy dose of teen angst.

This reality series takes viewers behind the scenes at Ballet West, one of the top ballet companies in America. It follows the stories of apprentices through principal dancers and provides us with a look at what it's really like to work as a professional ballet dancer.

Flesh and Bone will be sorely missed, but at least there are other amazing ballet dancers to watch and root for.

More like this
'Ghost In The Shell: SAC_2045' Was Only Supposed To Last Two Seasons
By Kadin Burnett
'Who Killed Sara?' Won’t Return For Season 4
By Brad Witter
The 'This Is Us' Finale Featured An Adorable Season 1 Jack & Rebecca Easter Egg
By Grace Wehniainen
Everything To Know About The Possibility Of 'The Essex Serpent' Season 2
By Rachel Mantock
Get Even More From Bustle — Sign Up For The Newsletter