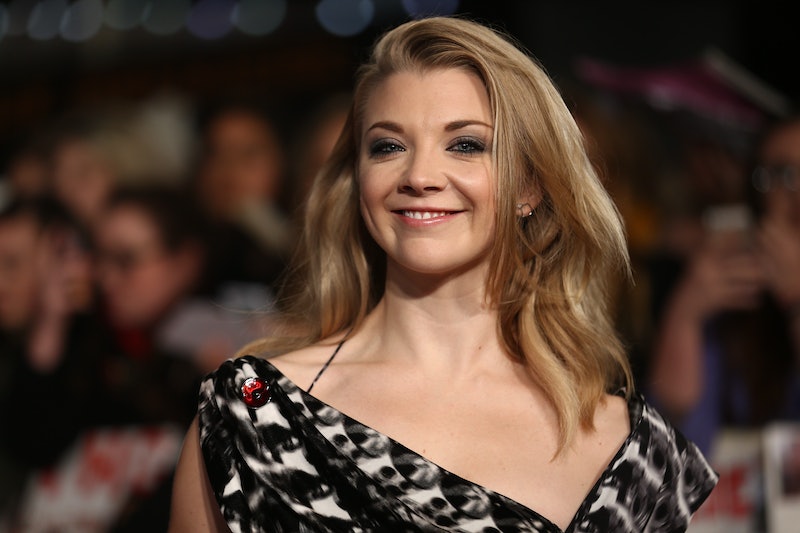 Natalie Dormer is ready to return to Panem — under certain conditions, however. The Game of Thrones actress plays filmmaker and rebel Cressida in the The Hunger Games series, most recently in the final installment, Mockingjay, Part 2. According to an interview in Entertainment Weekly, Dormer wants to do a Hunger Games prequel — but only if Suzanne Collins is involved. Collins is author and creator of the best-selling young adult book series on which the Hunger Games films are based. "I’m just a huge fan of Suzanne Collins and her writing," Dormer told EW. "I think [Hunger Games producer] Nina Jacobson and [director] Francis Lawrence have both talked about this, but anything prequel, sequel, whatever would have to come from her and her penmanship. So the minute I know that Suzanne is writing something, then yes, my ears would prick up. Almost definitely."

This is a good sign for those who want to see The Hunger Games live on. Ever since the franchise seemed to wrap up with its fourth film last month, there's been talk of keeping the story of Katniss Everdeen Jennifer Lawrence) and Co. alive — but only if it's within Collins' vision. "I adore Suzanne Collins for her bravery and her imagination and everything that is the success of The Hunger Games, the genesis, it all comes from Suzanne,” Dormer told EW. “She wrote such a complex world and yet at the same time had so many scenes that deal with all the things we’re struggling with with our own time and zeitgeist.”

Lawrence (the director) feels the same way about the franchise — and he told EW that he's definitely down to do a prequel, which could cover the world 75 years before the events of the Hunger Games. “I’m sure if Suzanne were to get inspired and decide there’s another story that’s important for her to tell that exists within the world of Panem and whether about the Dark Days, another character, or another set of Games, whatever that could be, I’m sure it would be great," he told EW. "And I’d love to be involved, absolutely.”

Everyone involved seems to have a deep love for The Hunger Games and, like Dormer, they want to make sure that if a prequel or sequel is made, that it's done the right way — with Collins involved. So many franchises are continued as shadows of their former films, so it's great to hear so much fierce devotion to preserving the franchise. Still, star Jennifer Lawrence recently told Variety that she didn't want to be involved in any sequels or prequels if they were to happen. But how about if it's a few years from now? And the whole gang comes back? What if Collins writes something so amazing that it's impossible to turn down? Lawrence could just change her mind. Your move, Suzanne Collins.