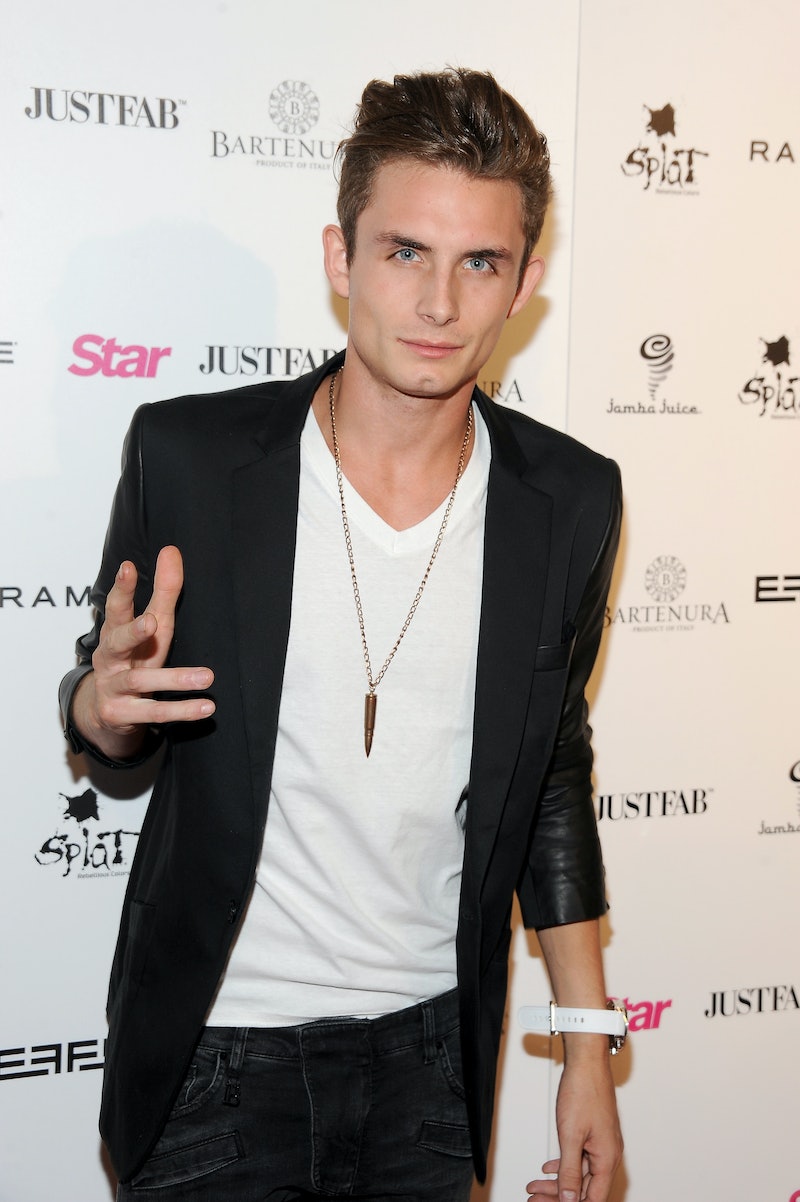 Another season of Vanderpump Rules, another villain to hate and tweet things about. In the midst of Season 4, Vanderpump Rules has forgotten all about Jax Taylor (or maybe Jax has just slowed down) and instead set its sights on James Kennedy. Where does he come from? Who are James' parents? Was he dropped on Earth to torture Kristen Doute or does he actually have a family? So far in Season 4, we've seen James get hammered, break bottles, hook-up, call a girl he was casually dating a slut, and spit on his ex-girlfriend's apartment door. He clearly needs a lecture from his mama.

Like all good villains, though, James has a soft spot, and we met her in a recent episode — his mother, Jacqueline Georgiou. James and his mom shared a meal and discussed his dating life, his parents' recent decision to divorce, his incessant drinking binges, and more. There were tears! The two are clearly very close, and James seemed like an actual sensitive human being when he was with his mother, showing that everyone has an Achilles heel. So who is Jacqueline Georgiou, James' mother and the only woman in the world it seems he actually loves?

According to Heavy.com, Jacqueline was born in Brooklyn and married the British-by-way-of-Cyprus Andros Georgiou in 1991 in Las Vegas, when she was 21 and pregnant with James. After having another son, Harry, two years later, the former Elite model seemed to focus on raising her family while Andros managed WHAM!, and a few other musical endeavors. Now in her 40s, Jacqueline told James that it’s time for her and Andros to go their separate ways. Her kids are grown, and she’s ready to start a new chapter of her life.

Apparently, this new chapter includes some acting. According to her IMDB profile, Georgiou is an actress who has had roles in movies and television like Call Me Crazy: A Five Film, The Purge: Anarchy, and Ray Donovan. She was also in the spotlight after George Michael, Andros' cousin and former close friend, accused her of making up stories about him in the press. Earlier this year, Jacqueline claimed to The Sun that George Michael (whom she and her husband haven’t seen in two decades after a falling out) was using drugs like crack and cocaine, and that she was worried she’d never see him again if he didn't make a change. Michael denied the allegations in the following statement, as reported by The Daily Mail.

Whilst it is our general policy not to comment on private matters, we would in this instance note that these highly inaccurate stories have apparently been provided to the press by the wife of a very distant family member, neither of whom has had any dealings with [George Michael] for many, many years.

Ouch! Now that she’s on her way to flying freely and independently in a new life, hopefully the only drama in Jacqueline's life will come from what she witnesses at SUR when she visits James.