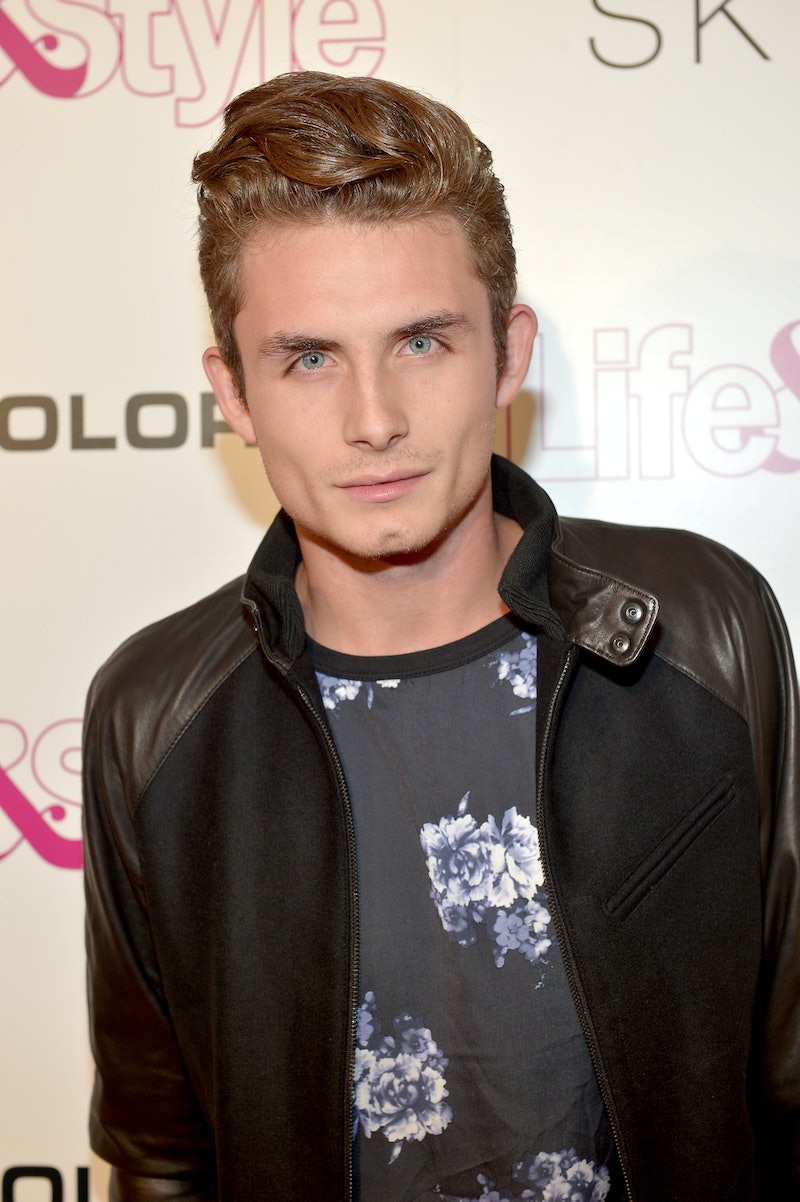 A few weeks ago on Vanderpump Rules, James Kennedy casually dropped that his Godfather was George Michael. It was still a humble brag, this is James we're talking about, but it was casual enough that it made my Bravo World stop spinning for one moment until it revved back up and started circling around the Andy Cohen sun (like in the Lady Gaga "G.U.Y." video). James isn't just randomly connected to George Michael, though. Instead, it's his dad that is the reason he has such a cool "two truths and a lie" truth to tell people during icebreakers. So who is James Kennedy's dad and why is he making George Michael the Godfather of his son?

James' father is named Andros Georgiou. He has lived quite a life, which James touched on briefly during the show. One of the more recognizable aspects of his life is his relationship with Michael. The two have been through a lot together, and are currently not on any speaking terms. But, maybe they'll reunite sometime in the future (there is a Facebook page hoping for just that). Outside of the music indrustry, James' father leads, what seems to be, a pretty normal life. Here's what you need to know about him.

He Has A Deep Background In Music

We heard about this part of James’ father’s life on the show (specifically the George Michael part of it). According to James on the show, his father managed Wham. He was the managing director of George Michael’s record label, Aegean Records. According to Georgiou’s LinkedIn, he also worked at Hardback Records for 16 years.

He And George Michael Had A Huge Falling Out

According to an interview with The Sun, the friendship between James’ dad and George Michael was rocky. The interview shows just how much apart of the family George Michael was when Georgiou says, “When I married Jackie, I told her, ‘He comes first. My kids are his kids and he’ll be in the delivery room with us’ and he was.” But, that came to an end when the two didn’t see eye to eye over a series of incidents. One of them, Georgiou claimed to The Sun, was when he gave Hello! magazine a photo of Michael’s mother, which Michael was not happy with. Then, the two had an argument over Geri Halliwell — Ginger Spice, if you will — which led to Georgiou resigning from the record label.

Michael doesn't seem to have spoken out publicly about the falling out, but did respond to an allegation from James' mother by tweeting in July 2015, "To my lovelies, do not believe this rubbish in the papers today by someone I don't know anymore and haven't seen for nearly 18 years..." which suggestions that he has not had any contact with the family in some time.

He Still Cares For George Michael

But, just because the two ended their relationship on a bad note doesn’t mean that Georgiou doesn’t care about Michael. Georgiou tells The Sun that he has written letters but hasn’t heard back. He thinks about the singer often (the interview was in 2012), and worries about his self-destructive habits, saying, “I’ve been praying for his health and that he has cleaned up his act. But I’m not sure he has.” His entire relationsihp with Michael can be read in his autobiography, Rock: The Luckiest Man in Pop.

Outside of George Michael land, Georgiou is currently working in online marketing consulting at The Design People. He has been working in social media for many years — before it was cool, you know? — and seems to have left his Wham days in the past.