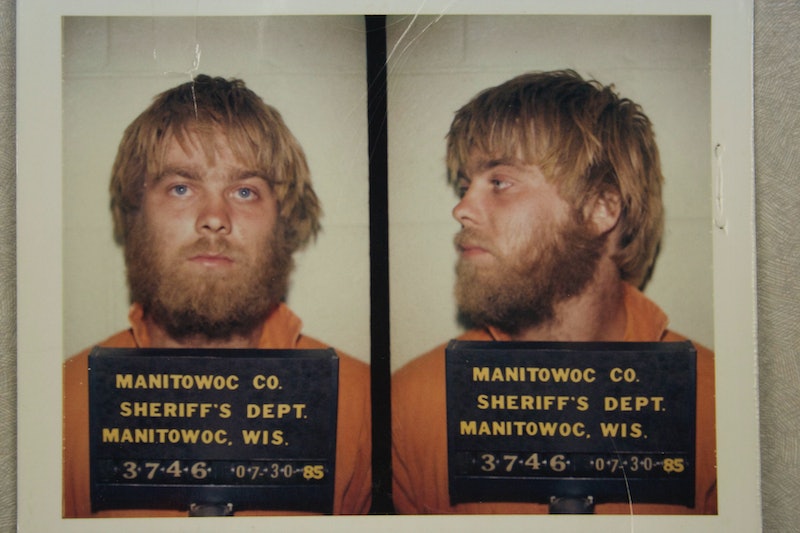 Our country is in the grips of a fascination with true crime stories. Kickstarted by Sarah Koenig and the excellent first season of her podcast Serial, and then perpetuated by the acclaimed HBO docu-series The Jinx, this is a phenomenon that's only gaining steam with the release of Netflix's Making A Murderer , which delves deep inside the knotty case of Steven Avery, a Wisconsin man convicted of murder in 2005 (after previously being wrongfully convicted of a rape charge). Interestingly, part of that fascination we have for these true crime stories often extends to an impulse to help their subjects. This certainly holds true for Netflix's foray into the genre: People want to help Steven Avery after watching Making A Murderer — and they're finding ways to do it, too.

We've seen this reaction before. In 2004, French filmmaker Jean-Xavier de Lestrade made an eight-episode miniseries called The Staircase, about the murder trial of Michael Peterson, who had been convicted a year earlier of the murder of his wife, Kathleen. The miniseries was a huge success, winning the Peabody Award and stoking interest in the case. In 2011, Peterson was granted a new trial after a Superior Court judge determined that key witness Duane Deaver had given "materially misleading" and "deliberately false" testimony during the original hearing. Meanwhile, according to ABC News, Deaver's lawyer Philip Isley, said: "We respectfully disagree with Judge Hudson's beliefs about our client, Duane Deaver. Our client did not perjure himself or mislead the jury in the original Peterson trial, in any way." Still, Peterson was released on bond and is currently awaiting his second time in court.

It's unclear how much of an impact The Staircase had on Peterson's case, and whether or not he would have been granted a second trial without the publicity the award-winning miniseries generated on his behalf. Less ambiguous, though, is the seeming impact of public response on the case of Adnan Syed, the subject of Season 1 of Serial. Although the young man was convicted in 2000 of the murder of his ex-girlfriend Hae Min Lee, his application for leave to appeal on the grounds of ineffective counsel was finally granted in February of 2015, just seven short weeks after the record-breaking podcast had finished airing. (It became the fastest podcast in history to reach 5 million downloads on iTunes.) Two months after Syed's application was approved, Serial would go on to win the Peabody Award, like The Staircase before it.

The podcast not only drew rave reviews, but also inspired a rabid cult following, including Redditors who dedicated themselves to picking apart every detail of the case, websites that wrote detailed recaps of every episode, and even people who produced their own podcasts in response to Serial — like the Undisclosed podcast.

The reaction to Making A Murderer, which just premiered on Netflix this past Friday, hasn't quite reached that fever pitch yet... but if reactions on Twitter are any indication, they probably will soon. Here's just a very, very small sampling of some of the furious reactions this new miniseries has been provoking in the public over the weekend:

Some of the show's fans have transitioned from simply venting emotions to taking action, circulating a petition to "Investigate and pardon the Averys in Wisconsin and punish the corrupt officials who railroaded these innocent men"...

...or launching a Go Fund Me for Steven's nephew Brendan Dassey, who was also convicted of being a party to first-degree intentional homicide. Although the campaign has since been removed, likely due to Go Fund Me's rules about not hosting pages for "the defense or support of anyone alleged to be involved in criminal activity."

Vulture TV critic Margaret Lyons also spoke to this sentiment in her review of Making A Murderer :

I don't know what happens after documentary like this, the kind of social response we should aspire to. Making captures and engenders the tension between wanting to run into the streets and scream — who could hear these wails and do nothing? — and knowing that louder people already did and their cries went unheard, or worse, were heard and ignored.

And, after Making a Murderer, it seems like the Twitterverse, at least, won't let their cries go unheard this time.

More like this
This First Look At 'The Gold' Shows Jack Lowden In A Whole New Light
By El Hunt and Sam Ramsden
'Brookside' Is Coming Back & Soap Opera Fans Are Going Wild
By Sam Ramsden
The Dog & His Handler In 'Gunther’s Millions' Are Worth, Well, Millions
By Gretchen Smail
Rachel Nickell’s Son Wants The Police To Take Accountability Over Errors
By El Hunt
Get Even More From Bustle — Sign Up For The Newsletter
From hair trends to relationship advice, our daily newsletter has everything you need to sound like a person who’s on TikTok, even if you aren’t.