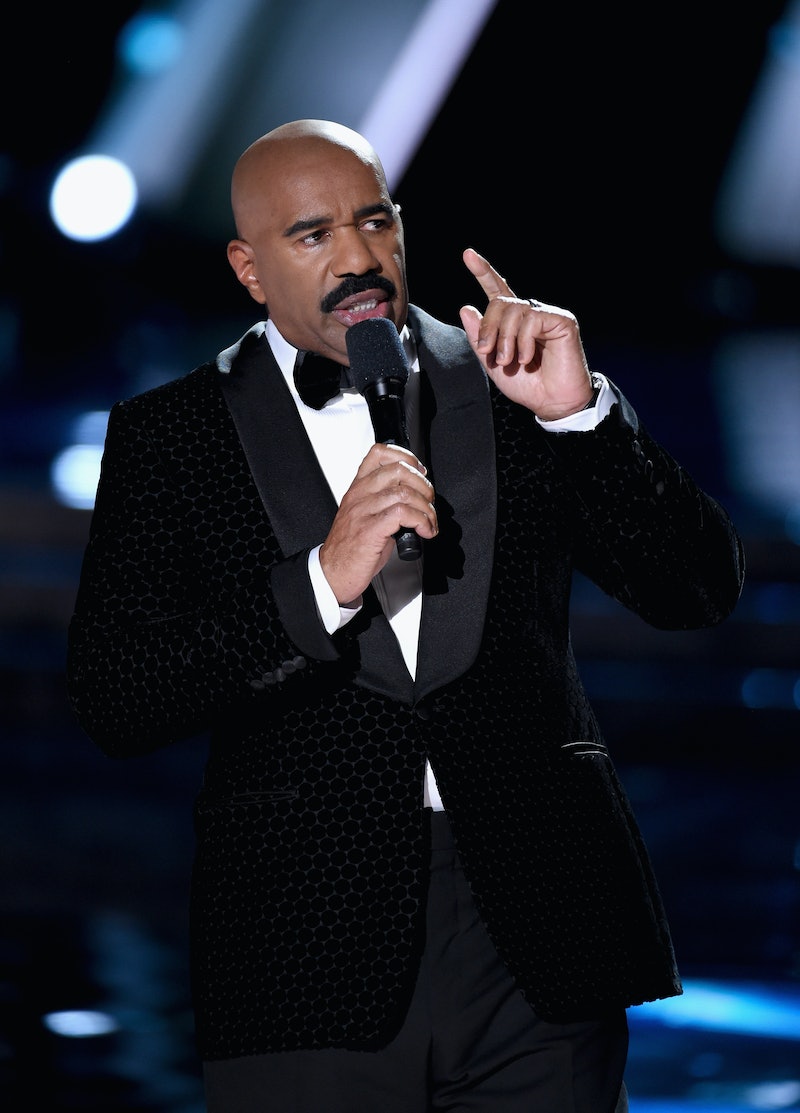 When I heard the news that Steve Harvey was hosting the 2015 Miss Universe pageant, I was skeptical from the onset. Harvey is the host of an eponymous daytime talk show, an author, and the host of Family Feud, and while, yes, he is very successful, in my opinion he is rarely right about anything. And, I mean anything. Harvey’s got a streak for saying misogynistic and sexist things, and, as I feared, he brought his icky brand of humor to the Miss Universe stage. Instead of focusing on the many talents and accomplishments of the contestants, Harvey chose instead to constantly objectify the women to the point where I was screaming at my television in protest.

Now, don’t get me wrong — the whole notion of a beauty pageant lands firmly on the sexist side of things. Why do women have to parade in bikinis to be heard or seen? That’s a topic for another day (and another dissertation on the patriarchy). No matter how you feel about beauty pageants, no one can dismiss the achievements of the women who are competing to be Miss Universe. They’re educating young girls on sexual health. They’re building acting careers. They’ve escaped war-torn countries to make their own dreams a reality. And, the only thing that Steve Harvey can say about this group of varied and intelligent women is that he needs to see them in their bikinis again.

Like, we get it, Steve. You’re hosting a pageant, and there are plenty of girls wearing bathing suits. It’s as if he has never seen a woman before, let alone wearing two strips of cloth. We’ve all been to the beach. We all have the Internet. But, on the Miss Universe stage stand 80 women who have accomplished so many things, but their bodies are the only thing that Harvey can focus on. The first time he made the joke, it was expected. The second time he mentioned the bikinis, it was annoying, and the third time, it was tasteless. Harvey’s shtick is this whole “what can you do as a woman to make your man feel better" thing, and to bring it to a place like Miss Universe undermines the hard work that these women have done. Next year I hope we get a host with a little more tact.