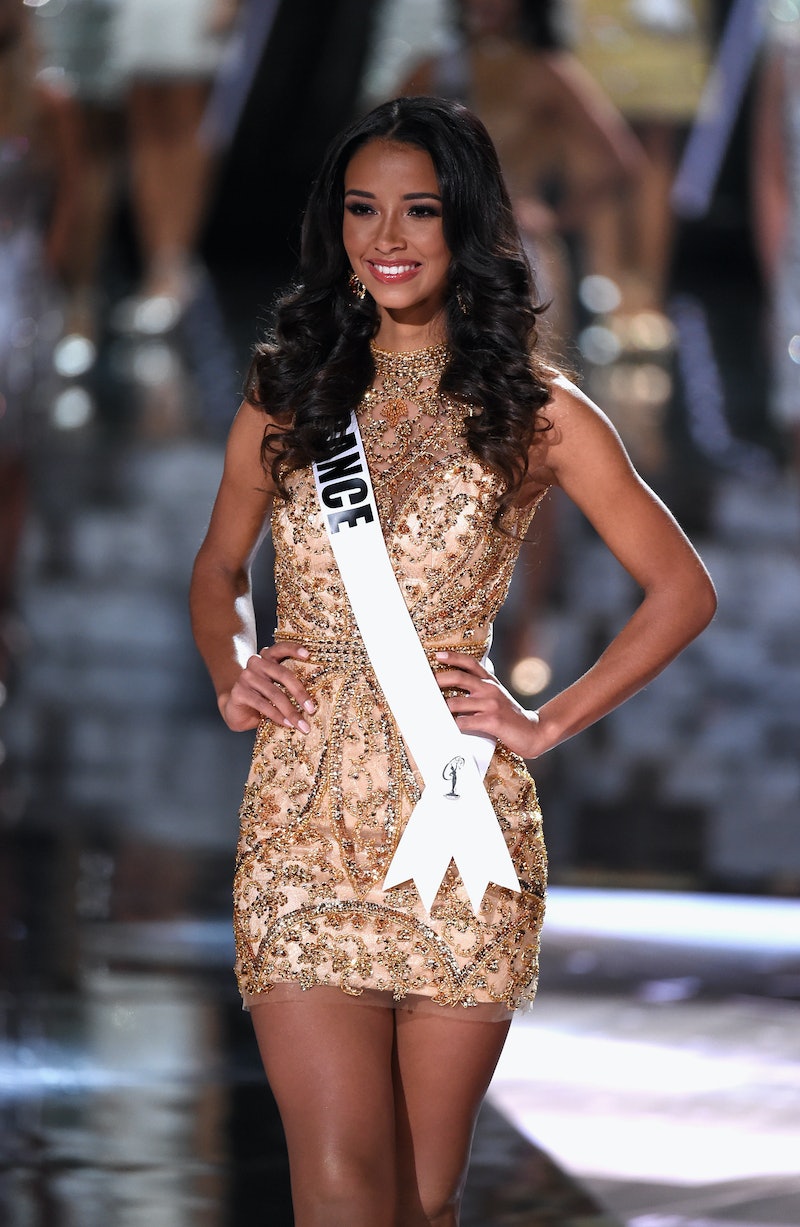 Many a pageant contestant has passed with flying colors through the bathing suit and evening wear portions of their respective competitions only to be thwarted by the dreaded interview question. It may seem easy to answer what is probably a mostly canned list of questions, but with a live audience, and audience on television, and those hot, white lights of the stage blaring on your face, I can totally see how a person could get a little flustered. Luckily for Miss France Flora Coquerel, she answered her Miss Universe interview question about terrorism with grace and aplomb.

Here is the question that Steve Harvey posed to Coquerel: “Having experienced terrorism firsthand yourself, what is the best way for governments to combat this rising threat?” The “firsthand” in that sentence addresses the fact that Coquerel survived the Paris attacks that occurred this past November — she told viewers earlier in the evening that she was in the Stade de France football stadium, one of the terrorists’ intended targets, for the Germany vs. France match. It’s certainly easy for Coquerel to be angry given the horrors that she’s seen, but her answer to the question was calm and heartfelt.

In my opinion, to fight terrorism, first we have to know where the problems are coming from. We have to listen to the people who are committing these attacks, and we have to find the problem at its heart. For us French, we have to learn to be happy to live and to be among ourselves.

Though Coquerel has herself directly been effected by terrorism, she understands that the best way to conquer ISIS and other extremist groups is to get to the center of why they have so many tensions with the Western world. While Coquerel isn’t a politician, her ability to put aside personal feelings and give a collected, cool answer to such a question shows her true character. She may not have won the competition, but her message of strength will endure.

More like this
President Zelensky Spoke Out On Ukraine's Chances Of Hosting Eurovision Next Year
By Sam Ramsden
Taylor Swift, Kerry Washington & More Speak Out On Uvalde Mass Shooting
By Jake Viswanath
Rebekah Vardy & Coleen Rooney’s Trial Has Officially Begun
By Bustle UK
BTS Is Visiting The White House To Discuss Anti-Asian Hate Crimes With President Joe Biden
By Jake Viswanath
Get Even More From Bustle — Sign Up For The Newsletter