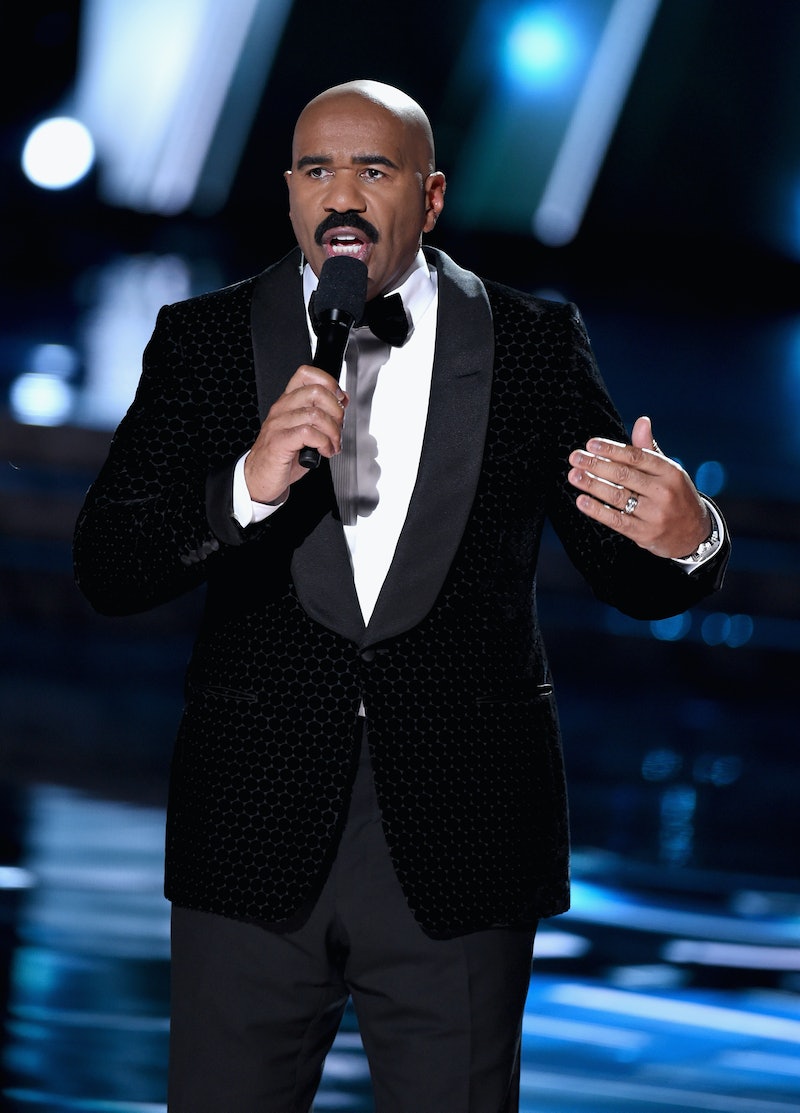 If you watched the 2015 Miss Universe pageant or just even have an Internet connection, you may have heard by now that Steve Harvey, the host of this year’s Miss Universe, read the wrong name when it came time to announce the winner. Instead of declaring that Miss Philippines, the rightful winner, was Miss Universe 2015, he said that Miss Colombia, who was the first runner up, had won instead. Cue the awkward silence, disbelief, shuffling removal of the wrong winner, replacement of the real winner, and tears. Oh, were there tears. And some of them were likely Harvey's. Probably because Steve Harvey was turned into memes at the hands of angry viewers, and they weren't flattering images either.

Listen, Steve. I know you made a mistake. We all know it was an error. All humans, including this one typing this sentence, make mistakes, but the Internet, the cold, hard Internet, is not at all kind when it comes to making mistakes. To Harvey’s credit, he owned up to his misreading, apologizing to everyone at home and at the pageant and even showing everyone out there in TV land the card. It totally said “Miss Philippines” as the next Miss Universe. There was no fix. But, of course, no sooner did this snafu happen did Twitter, Tumblr, and other social mediums explode with laughter, exclamations, and plenty of memes. Oof. Harvey should probably suspend his social media accounts and stay off of the World Wide Web for a few days, because here's what the Internet is saying about him.

Oh well, probably in the next few days someone else will mess up and be the talk of Twitter. Sit tight, Steve. It will all be over soon.