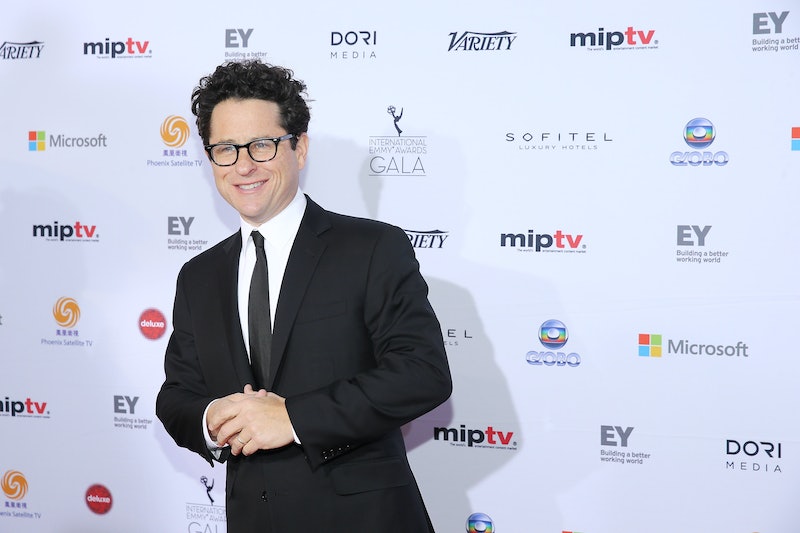 Big news for Star Wars fans today: Not only has the franchise's new helmer J.J. Abrams revealed that the script for Star Wars: Episode VII is completed, but he also gave a rare, concrete hint about how we could see starring in the film when it's released next year: Breaking Bad star and rumored frontrunner, Jesse Plemons.

"He is one of the actors that we’ve talked to, yeah," Abrams reportedly told The Wrap when asked about the rumors. "But, you know. It’s not often that I read about actors that I’m going to be meeting … that I get to read articles about actors who are going to come in. And so I get to see someone and say, 'Oh, I read that I’m going to see you.' … It’s usually agents talking to people about what’s happening. It’s a lot of noise."

Sure, this isn't exactly a clear answer as to whether or not Plemons will be joining the film, but it's worth noting that Abrams is generally a pretty private guy when it comes to his projects that are in production — its strange that he would speak so openly about the potential casting of a lead. That in mind, it's possible Plemons is actually in serious talks. Plemons has, of course, denied it, but isn't that something that someone who was in talks would say?

As for the script: Abrams didn't reveal much, other than, "We’re working really hard and we’ve got our script and we’re in deep prep. Full steam ahead, y’know." Also interesting is CNET's report that the movie will be entirely shot on film rather than digital IMAX format.