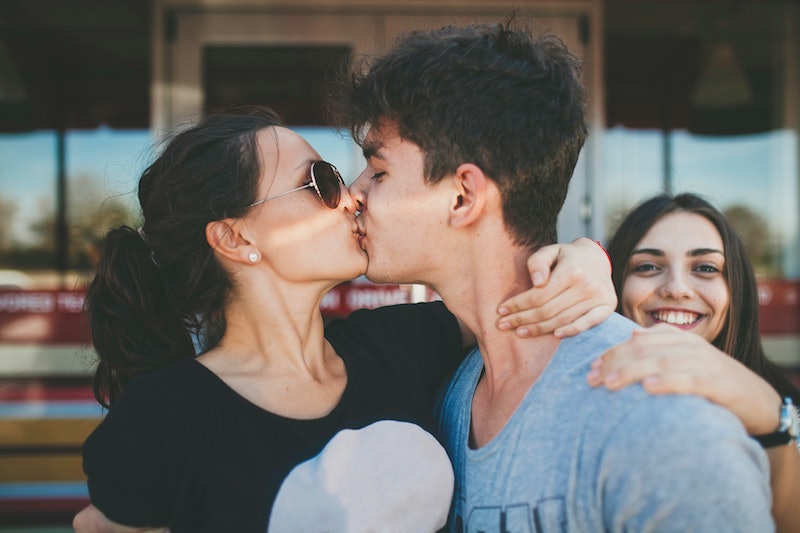 If you're eager to find love in 2016, you're in luck because Match's "Peak Season", aka the busiest time of year for online dating, is quickly approaching, so get those flower and chocolate emojis ready to charm the pants off of your next online fling. Using their site traffic to discover the exact day of the year and time down to the minute the most users will be on their site, Match predicts that the most users out of 2016 will be logging in on Sunday, January 3, at 8:52 pm ET . That's right, two days after New Year's, it's on, singles.

January 3 comes right after two of holidays where a lot of people start to feel the pain of being single: Christmas and New Year's. Accompany this with many people trying to make a vigilant effort on their New Year's resolutions, and you have a recipe for the world's greatest online meet-and-greet.

“The holidays are stressful, particularly if you’re single. Showing up to parties alone and feeling pressure from friends and family — it becomes vividly clear that you don’t have a person in your life. And biologically speaking, I think all three brain systems for love become stimulated around this time of year, including sex drive, feeling of attachment and romantic love. Testosterone levels are actually higher in men in November and December. All the novelty of the holidays can also trigger the dopamine system to give feelings of romance. And all the hugging and nostalgia of holidays can trigger feelings of attachment—all escalating one’s feelings of being alone, without a partner. Moreover, the beginning of the new year is a natural time for rejuvenation and renewal; and has been for thousands of years. So we naturally begin to look around for a true love.”

Here's what else you should know.

If you won't be near your phone or computer at exactly 8:52 pm ET on January 3, have no fear. Match says that "Peak Season" will span from December 25 to February 14, when the site experiences a 60 percent leap in new members signing up. So if you weren't successful in finding anyone to kiss under the mistletoe, rest easy knowing your odds of having a Valentine in 2016 are pretty good.

Becoming a member of Match right after Christmas means you're more likely to get messages thanks to this dramatic increase in members. During this time, Match says that an astonishing 50 million messages are sent to its users. Even if you're shy, and reluctant to send out the first message, you're more likely to meet someone from this sheer fact alone. Thanks, math!

3. Users Are Trying Their Hardest To Impress

Peak Season also means people try to up their game by enhancing their profiles and adding new pictures. From Christmas to Valentine's Day, Match sees 15 million new photos uploaded to the site, and that means more hotties to scope out, and wink at.

4. 'Tis The Season Of Dating

If the statistics before didn't convince you that now's the time to get your butt on a dating site, this fact definitely will. Right after the holidays, Match finds that 1 million people will go on a date, thanks to the influx of members and activity.

So if you finally want to meet your one and only bae, there's no better time than now. May the dating odds be ever in your favor.