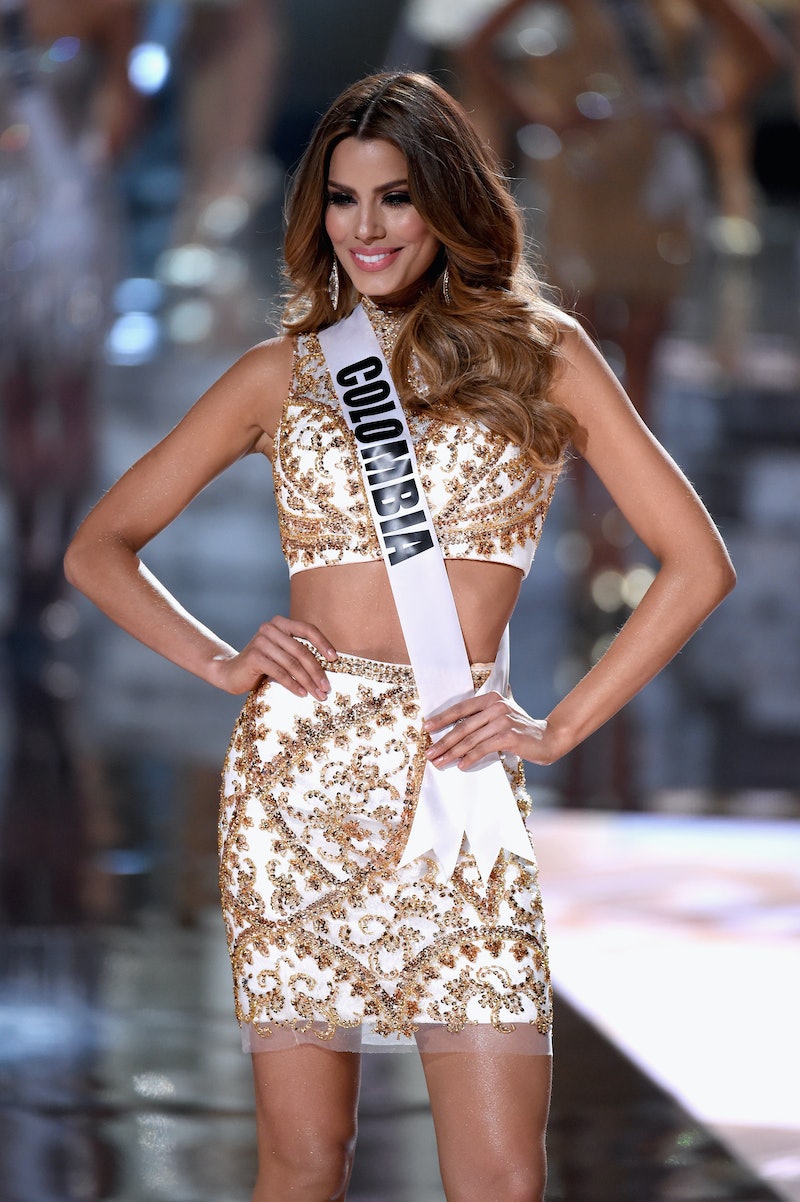 It was the mis-crowning heard 'round the world. On Sunday during the 2015 Miss Universe pageant, Steve Harvey announced Miss Colombia as the winner. However, he eventually and awkwardly made his way back on the stage to reveal he made an unfortunate error and that Miss Philippines was the real winner. As some watched and can imagine, Miss Colombia, Ariadna Gutiérrez, had to be feeling so many emotions. From just having the crown on her head to having it snatched away moments later, what does Miss Colombia think of the Miss Universe flub?

Overall, she is remaining positive and couldn't be happier to be part of the experience. As was revealed Sunday on the Miss Universe Twitter page, Miss Colombia said, "Everything happens for a reason, so I'm happy. I'm happy for all I did. I'm so happy. Thank you all. Thank you for voting for me."

She might not have the crown or hold the title of Miss Universe, but Gutiérrez is a clear winner when it comes to staying classy during what was a disastrous moment. She even took to Instagram to express herself. Alongside several photos of her originally being dubbed the winner, Gutiérrez wrote, This moments [sic] will always be with me #missuniverse #misscolombia #backtoback Lo logramos COLOMBIA!"

As for Miss Philippines, Pia Alonzo Wurtzbach, she told Entertainment Tonight backstage the whole moment was "very 2015." At a post-pageant press conference, Wurtzbach added, "I felt calm when I was called first runner-up because I felt it was fate. But when they announced that I was Miss Universe, I had mixed emotions. I was happy because I really wanted to win but felt sad for Miss Colombia."

Even though both Miss Philippines and Miss Colombia will forever be associated with this flub, they have handled it all like the true beauty queens they are.