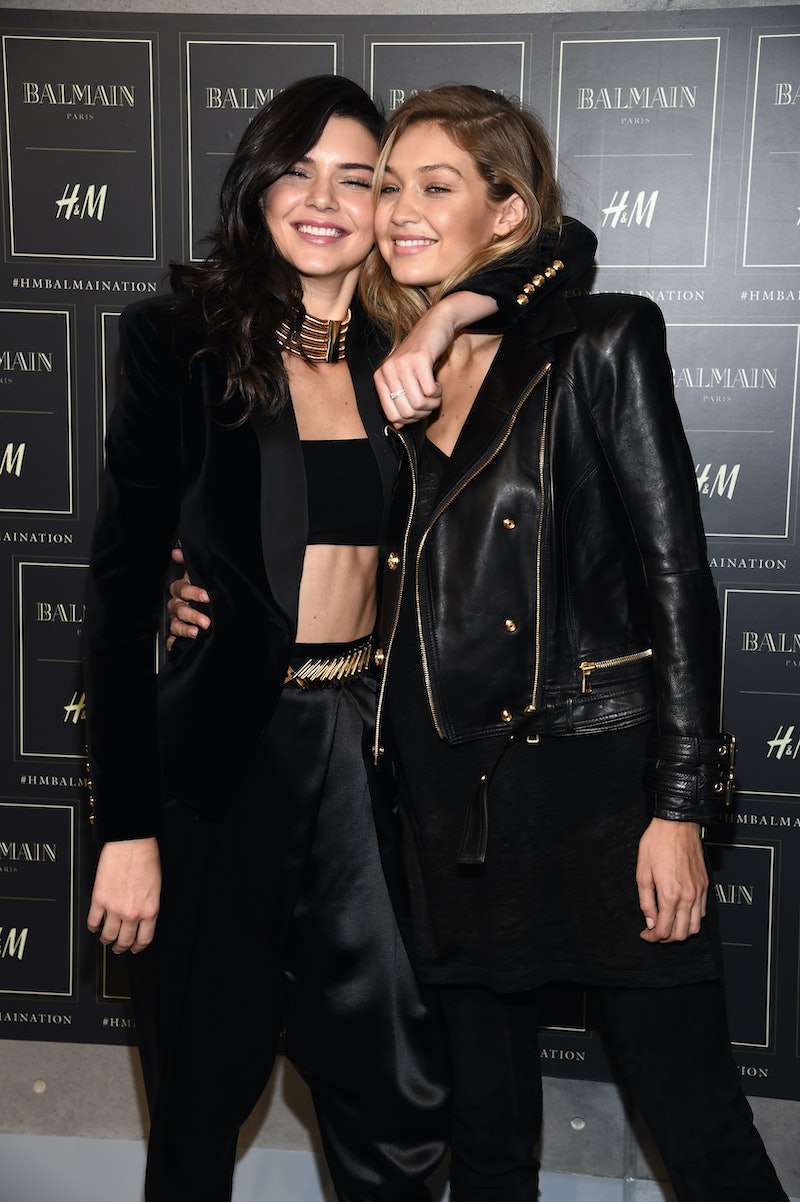 It's official! "Kengi," aka Kendall Jenner x Gigi Hadid, are a thing! Kengi's style game, both street and on the red carpet, is flawless and complimentary, and the two supermodels often hang out while off duty. It makes total sense that they would dress like besties — that is, somewhat similar but not exactly carbon copies of one another. The models, who enjoyed a pretty rapid ascent in the fashion world in 2015, went Christmas shopping together and their outfits were totally in sync.

Both models rocked black leggings, sneakers, and bomber jackets with long purses with chain straps. While Jenner got self-referential with her Yeezus jacket, which is all about her brother-in-law Kanye West, Hadid opted for an army green bomber.

They both wore aviator shades and their hair swept back off their face. I looked at the shot of the two beauties as they walked and thought, "Wait... did they call each other before getting dressed to coordinate their ensembles?"

You know what? Their street style is somewhat basic, though! Many of us rock leggings, kicks, and coats while running errands. But what's so striking is just how in step Kengi are. Expect the #Kengi hashtag to blow up in 2016 as these two continue their fast rise in fashion. Is a shared Vogue cover far off? Maybe not!

Twinning! This is not the first time that Kengi have been all sorts of twinsies with their outfits.

Jenner went with a copper-colored crop top, while Hadid stuck to all black.

They matched in their Victoria's Secret fashion show robes. No, this was not a street style situation, but... they were adorably coordinated.

Outfits? Different. But the hair? Those are the same exact beachy waves.

8. No Makeup, No Problem

Nuzzling with slicked back ponies and no makeup. Seriously, it's like the are roommates who get dressed together. Well, you know, as models, they kinda are...

Layers and layers of beaded necklaces and shoulder-showing tanks.

Kengi are entwined personally, professionally, and fashionably. Their styles are so complimentary.