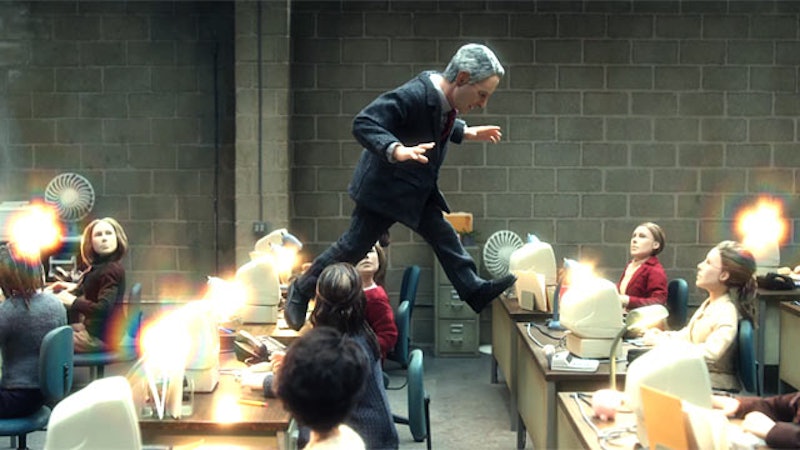 You might think that stop-motion animation is a filmmaking trend of the past which is no longer utilized in the digital age. However, this is far from the truth; many beloved animated films of recent years have made use of this technique in some form or another, from Coraline to Frankenweenie to The Boxtrolls. The newest film to use stop-motion is called Anomalisa, and it's a comedy-drama from writer-director Charlie Kaufman. But while a majority of stop-motion films are dreamt up (often from scratch) with the main intention of entertaining children, Anomalisa is very much an adult film. This doesn't make it a typical contender for stop-motion animation, but perhaps what Anomalisa is based on makes the animation use much more understandable.

The upcoming feature is actually based on a play of the same name by Charlie Kaufman. The narrative tells the story of a depressed middle-aged man whose world is changed when he has a chance encounter with a young woman at a hotel while on a business trip. Interestingly, though, the play was published under the pseudonym "Francis Fregoli" when it first premiered in 2005 as part of a collection of "sound plays" for Theater of the New Ear. Even more interestingly, the original play had an unconventional format: it featured three actors who stood still and said their lines while other performers contributed the sound effects.

Because of this, Kaufman was initially reluctant when friend Dino Stamatopoulos suggested to him that Anomalisa be adapted into a film script. Since Kaufman's play was not a traditional screenplay, he didn't think it would translate appropriately to the medium of film. He explained to The Guardian that in the live play, "there's a disconnect between what's being said onstage and what the audience is seeing." The writer feared that the intentions behind his unique staging would be lost in a film adaptation, but he nonetheless told his friend that he would do the film if Stamatopoulos could procure the funds for it. Stamatopoulos proceeded to raise an initial $400,000 through a Kickstarter campaign, and suddenly the prospect of making the film became a feasible goal.

The script was repurposed for an animated feature, and the decision was made to shoot stop-motion-style using lifelike puppets at one-sixth scale. Kaufman explained to NPR that this meticulous technique was chosen because the filmmakers feel it "allows people to focus and pay attention to things that are mundane in a way that they might not be able to in live action." He said, "You know that everything that you see has been calculated and choreographed, that there's no accident, that if he drums his fingers against his thigh, that was a choice that we made as filmmakers, and it becomes kind of fascinating because of that."

This artistic decision of using stop-motion animation came with sacrifice, though; the filmmakers acknowledged that the film took them two years to make even though it could have been shot in two weeks with live actors. But will the Anomalisa team's hard work will pay off? I personally think so, given that just the trailer alone is more evocative than many full-length features, but only time will tell.