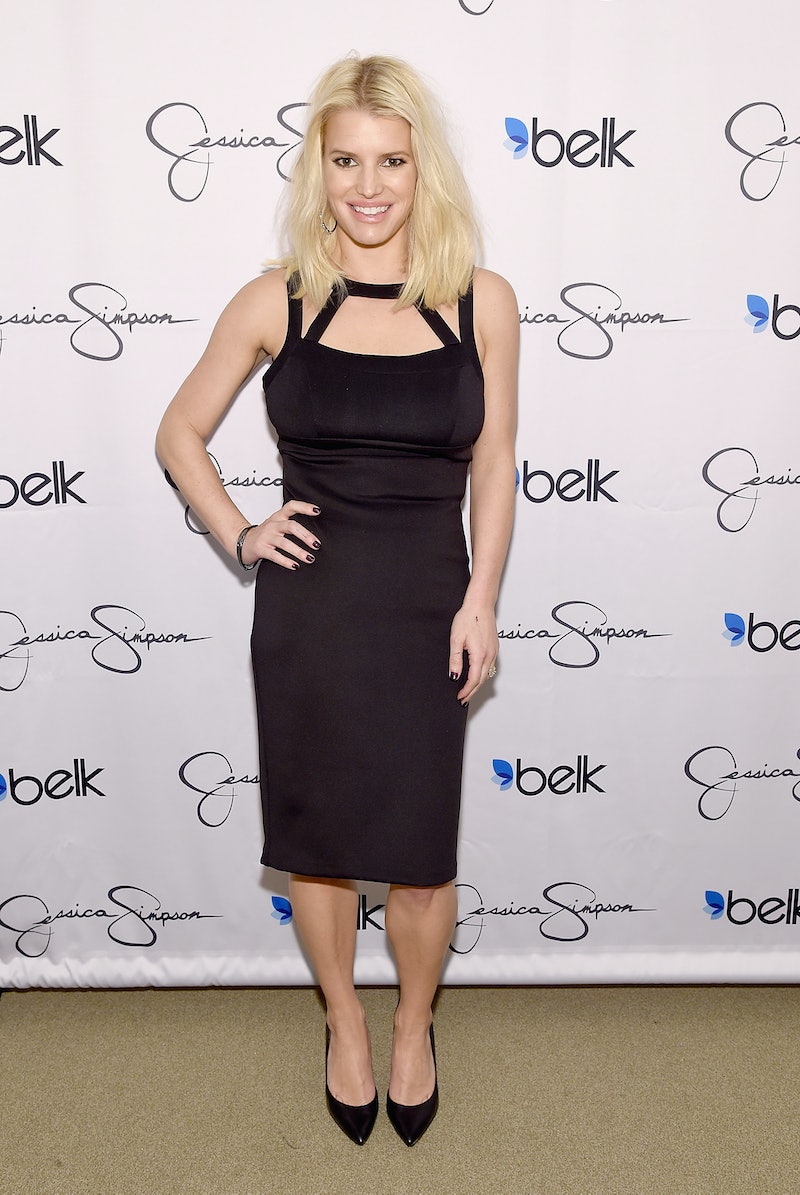 Just a few years before Jessica Simpson's shoes became a household name in the fashion industry, the former pop star and reality TV sweetheart consistently appeared on the red carpet in a variety of footwear styles. Some of Simpson's choices were classic pieces, from black pumps, to cowboy boots. Other times, she simply fell victim to early 2000s fashion and perhaps wore shoes that didn't stand the test of time.

Going through Simpson's photos from that time period, it became clear that she spent the first few years (around 2000 to 2002) trying to shed the so-called "manufactured pop star" image and evolving into a credible music artist. Although she had several missteps in her shoe choices along the way — mostly for live performances and appearances on MTV's TRL — Simpson eventually found a more polished and confident, body-positive style inspired by old Hollywood glam. But what was always great about her was that she never forgot about her Southern roots and often incorporated the cowboy aesthetic into her wardrobe.

Last September, her billion-dollar fashion and lifestyle company the Jessica Simpson collection celebrated its 10th anniversary, just a few months after her 35th birthday. She told People the reason how her brand has connected with consumers all over the world. “As the collection has evolved, we’ve always kept that All-American spirit," Simpson said. "When we do store visits or personal appearances, I still see girls wearing the original cowboy boot. I love that. We all have those iconic pieces in our wardrobe and I am honored that people have embraced our brand that way.”

In honor of Simpson's eventual world domination via her fashion and lifestyle brand, let's take a look back at some of her most memorable shoe moments from the early 2000s, ranked from "What was she thinking?" to "Work it, Jess!"

All I can say is that 2003 was a very interesting year for shoes.

It's not so much a "bad" shoe, just a little forgettable.

At least she looks comfy?

This was a stage outfit from 2001 and that's fine, but the boots — actually the whole look — are just too heavy.

She looked lovely in an all-white pantsuit from 2005 and that touch of gold made the outfit more chic.

She looked like a modern-day Cinderella in these iconic Louboutins.

Simpson brought sass to her classic cowboy boots in the early aughts.

These shoes scream savvy businesswoman by day and red carpet goddess by night.

The iconic t-strap shoe has inspired many of Simpson's own designs.

Her over the knee boots are cool and fierce.

These open toe beauties are cute, charming, and ready for a fabulous time... just like her!