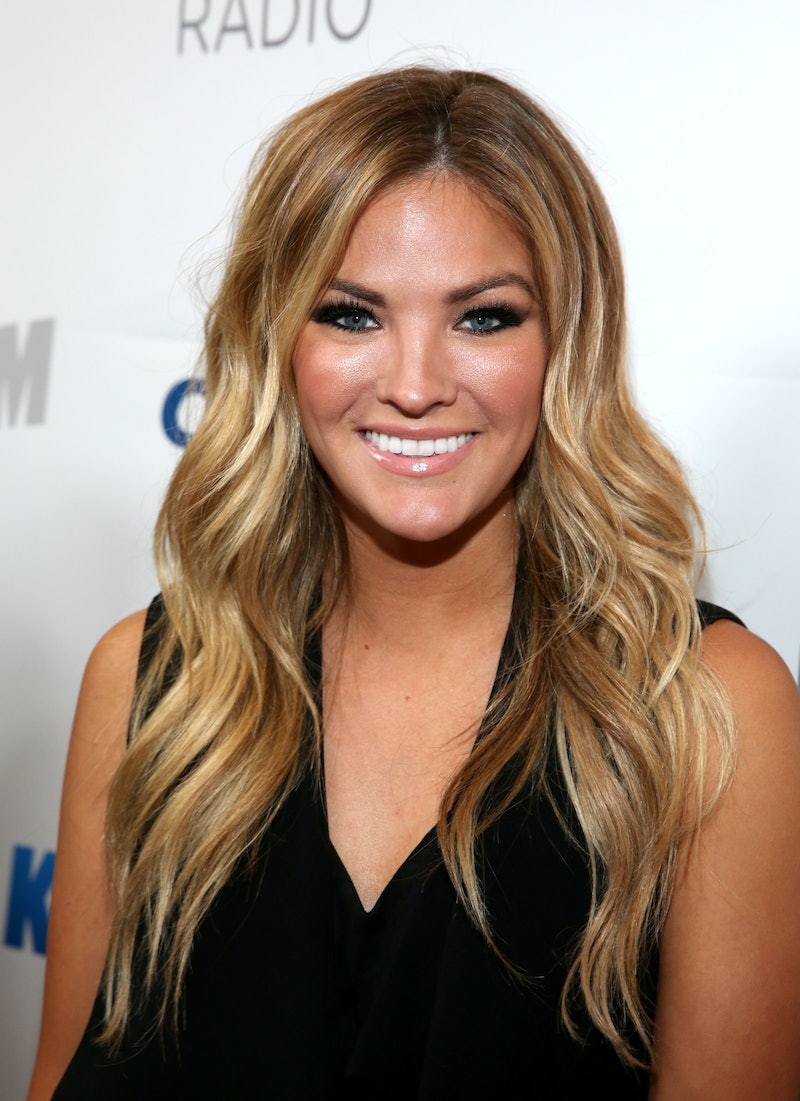 As we get closer to the premiere of the newest season of ABC's romance-driven reality series The Bachelor starring Ben Higgins, fans may be looking to find out everything they can about the contestants before they step out of the limo and into this year's leading man's arms. In an added spin on the usual cast of The Bachelor, two of the contestants vying for his heart previously appeared on the show, during Season 19 with star Chris Soules. But, with certain rumors flying around Bachelor Nation, I have to ask the question we all want an answer to: Did Ben Higgins and Becca Tilley talk before this season of The Bachelor?

This won't be the first time contestants from previous years join a season. During The Bachelorette Season 11, Kaitlyn Bristowe welcomed Nick Viall, from Andi Dorfman's season, into the ranks of the men fighting for her affection. But, that was an entirely different case since Bristowe and Viall had been in contact before she became the Bachelorette. Plus, he joined the season a couple episodes in, rather than from the beginning, which became a major source of drama. However it seems Tilley and fellow previous contestant Amber James (who also appeared last summer on Bachelor in Paradise) will be on The Bachelor Season 20 right from the beginning.

So, what was Higgins and Tilley's relationship like pre-show? First off, before everything started, Tilley tweeted about her crush on Higgins when he was first announced as the next Bachelor:

But, does that mean Tilley and Higgins spoke before she stepped out of the limo during introductions? The rumors of their off-air contact began with Reality Steve, who claimed Higgins asked Tilley not to join Season 20 of The Bachelor. According to the rumors, the two were in "brief contact" but specified it was not similar to what went on between Viall and Bristowe (who were talking over social media prior to the season). Reality Steve also claimed Higgins asked her not to go on the show again because Higgins allegedly wanted a season of entirely new contestants. Well, we know that didn't happen since both Tilley and James have joined the cast. But, if this conversation between Higgins and Tilley did happen, then she ignored his request, and that could provide some interesting drama.

Adding to the intrigue, since this rumor surfaced, Higgins has commented to reporters on Tilley and James appearing on the show in Season 20. Higgins said he was shocked and "really appreciative" that they wanted to return in order to meet him, but he didn't know much about either women because he watched very little of Soules' season. The reason he avoided the season was because he wanted to go into The Bachelorette without knowing too much about the woman he'd be dating, “I wanted to go in with kind of a clear mind and not have a lot of preconceptions about who people were.” Hopefully, that will work out when it comes time for him to meet Tilley and James in the Season 20 premiere.

So, what does all this mean about Higgins and Tilley's relationship before the show? Well, it seems to me like they didn't really have a relationship. Between the rumors and Higgins desire to go into his season with a clear mind, it sounds like his only alleged contact with Tilley was to allegedly ask her not to join. And, that's just a rumor so who even knows if he's talked to her at all, since his comments to reporters seem to indicate he'd communicated with neither Tilley nor James prior to the show.

With Tilley joining the season right from the get-go, this all looks above-board to me. But, then again, all the best Bachelor secrets come out after the season starts, so maybe we'll just have to wait and see.