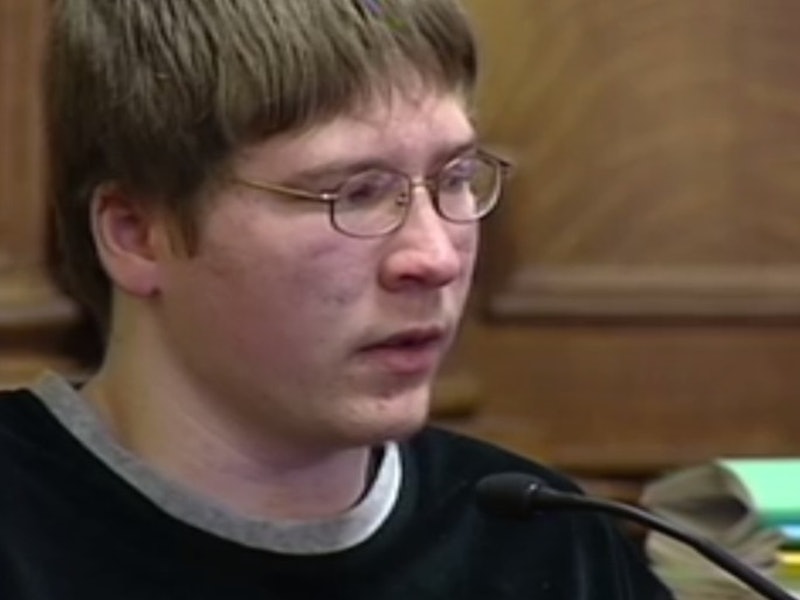 The newest in a trend of true crime stories permeating all kinds of media — including, of course, Sarah Koenig's hit podcast Serial — is Netflix's new docuseries Making A Murderer. The series follows the case of Teresa Halbach's murder, for which Steven Avery was tried and convicted. However, there are many details about the case, the investigation, and the trials that have caused viewers to speculate about whether or not Avery may truly be guilty. One contentious aspect is the videotaped interview of his nephew Brendan Dassey in March 2006, which led to the teenager's alleged confession and his subsequent arrest. (He recanted this alleged confession during his trial in 2007, according to the Netflix series.) Dassey's team of lawyers argued in the documentary that Dassey didn't know what he was doing because he is, as one lawyer said, a "learning-disabled 16-year-old." So what was Brendan Dassey's IQ and how does it factor into his confession?

Let's break down the timeline first: Avery was arrested for the murder of Halbach in November 2005, then Dassey was brought in for further questioning in March 2006 after his cousin Kayla told detectives she noticed him acting strangely, which included crying a lot and losing weight, according to the documentary. During the March interview with the investigators, as seen in the documentary, Dassey details the alleged crimes he and Avery allegedly committed, which included sexually assaulting Halbach, killing her, and burning her body. Because of his statement, the police charged Dassey with being a party to first-degree intentional homicide, second-degree sexual assault, and mutilating a corpse (all of which he was later convicted of).

As for his IQ, in addition to being described in Making A Murderer as a "learning-disabled 16-year-old," the The Daily Mail reports that Dassey "has an IQ of 70 and reads at a 4th-grade level." During post-conviction hearings in 2010 to decide whether Dassey could have a new trial, his defense attempted to prove their claims that investigators coerced the alleged confession. This is something the sheriff's department adamantly denied in the documentary, saying their tactics were standard and used to break down Dassey's barriers and get to the truth.

During the 2010 hearing, the defense brought in Dr. Richard Leo, an expert on coercive persuasion and false confessions, as reported by The Post-Crescent. Leo testified for the defense that Dassey's confession could have been coerced, claiming that Dassey "doesn't understand he admitted to a rape and murder and the consequences of that." The concept of false confessions under duress has been documented since in Kids, Cops, and Confessions: Inside the Interrogation Room, in which author Barry Feld writes, "Suspects with low IQs erroneously believe that false confessions have minimal consequences and therefore comply more readily with police suggestion."

So, what does all this mean for Dassey's confession? It's technically possible that for some reason, due to his IQ or otherwise, Dassey didn't understand the consequences of what he was saying during the interrogation. However, police deny that Dassey was coerced in any way, and it's important to remember that most documentaries intend to further a specific theory or viewpoint.

Of course, Dassey's IQ has also led Making A Murderer viewers to question other aspects of his story — specifically how he could have read Kiss the Girls (the story he claimed he stole his alleged confession from). Though, even if he was at a 4th-grade level, it's possible he still could have read the Patterson novel. But that's for Making A Murderer viewers to debate.