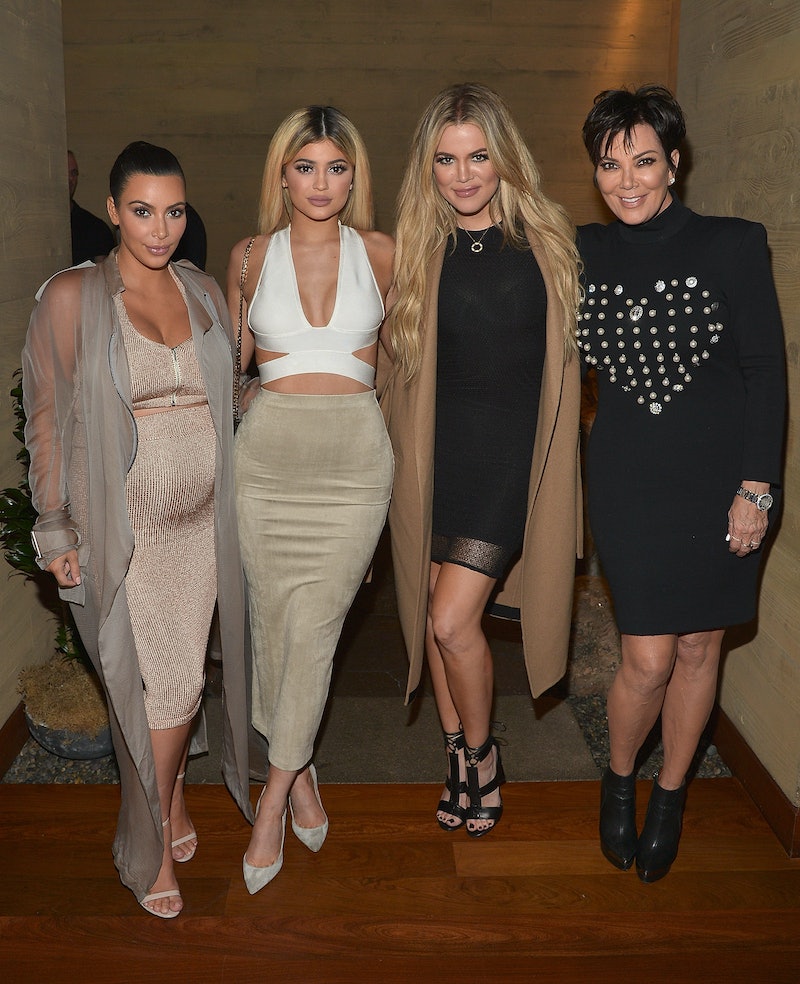 Wednesday might be Christmas Eve Eve for some or the day before most people go on a short vacation from work, but for Kardashian fans, it's the day the 2015 Kardashian Christmas Card came out. Could they ask for a better early Christmas present? Per usual, the card is gaining a lot of attention and inquiries, like where the heck is Saint West? FYI, he was probably still in the womb. Also, why did the Kardashians choose that caption for their card?

For those who've yet to see the card (it's posted below), the caption read, "All you need is love." It's pretty appropriate, especially when the card features Kourtney Kardashian and Scott Disick's children, Mason, Penelope and Reign, alongside Kim Kardashian and Kanye West's daughter, North West. I mean, when you have a beautiful family like the Kardashians and some of the most adorable kiddos around, all you need is love, right? Why not showcase that on your annual Christmas card?

Well, there might be a few other reasons they selected that particular lyric to accompany the photo of their little ones. For example, here a few theories I've come up with behind the real reason "All you need is love" is on the famous Kardashian Christmas card.

They Love The Beatles & Love Actually

When I hear, "All you need is love," I immediately think of The Beatles and Love Actually. Not only did John Lennon, Paul McCartney, Ringo Starr, and George Harrison make the song a huge hit, but so did the 2003 rom-com featuring Hugh Grant, Emma Thompson, and Professor Snape (Alan Rickman). Maybe the Kardashians just love The Beatles and Love Actually as much as most of the world does?

They've Had A Tough Year

It's no secret that the Kardashians have made quite a few headlines throughout 2015. From Kourtney and Scott breaking up to Lamar Odom entering the hospital after being found unconscious at a Nevada brothel to Caitlyn Jenner making her debut, it's been an emotional year for the Kardashians, to say the least. What makes an extremely tough year more bearable? Love.

Family Is Everything To Them

Say what you want about the Kardashians, but they love one another and family is their everything. They always have each other's backs, not to mention they support each other through thick and thin. Every year brings many ups and downs, but that's nothing love and family can't survive together.

Love Is What The Holidays Are About

Can you imagine the holidays without family, friends, and most importantly, love? It just wouldn't be the same. The Kardashians have it right: all you need is love at Christmastime.

Who would have thought the Kardashian Christmas card would be so meaningful?