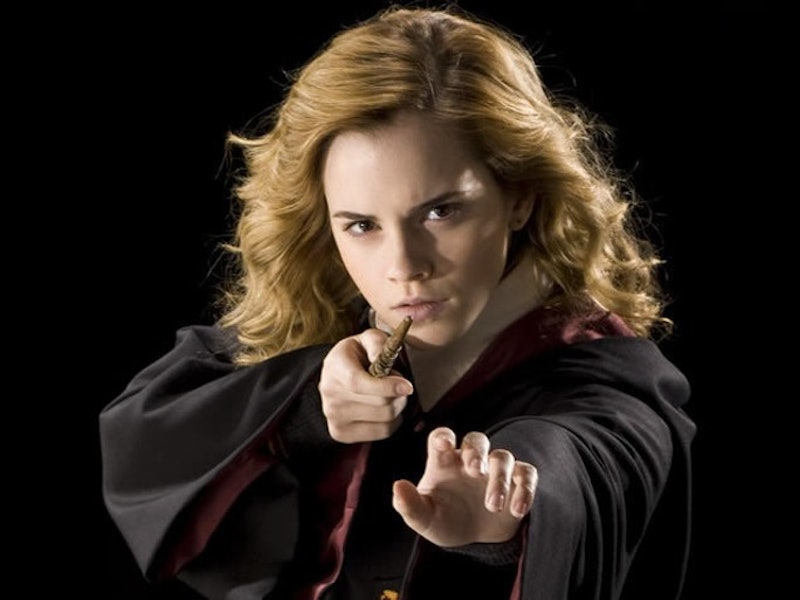 There's no doubt about it — Hermione Granger kicks some serious butt. Especially with the recent casting of Noma Dumezweni in Harry Potter and the Cursed Child, Hermione's been getting a lot of love lately. So many people identify with Hermione, and she's been a role model for millions.

So what if, instead of following Harry through the series, we saw the Harry Potter series through Hermione's eyes?

She's perfect protagonist material. She's brilliant, capable, brave, loyal, fierce, and compassionate. She doesn't let anything stand between her and what's right, whether she's facing dark wizards or dumb teenage boys. Like Harry, she's coming in new to the wizarding world , and she has her own intense set of trials and choices throughout the books. Plus, let's face it, she pulls more than her weight in the trio.

Let's face it, Harry spends an obnoxious amount of time wondering about stuff that Hermione figured out ages ago. How about that time she already knew Lupin was a werewolf? Or when she saw through the "waffle" in Umbridge's first speech? Or anything to do with romance? Just think of all the other little things we would get to see that Hermione caught but Harry flat out missed.

2. We'd Experience a Lot of the Wizarding World's Problems First-Hand

Sometimes, looking through Harry's eyes is like seeing the world through rose-colored glasses. Because of his fame, Harry gets protected from a lot of the bigotry and institutionalized prejudices within wizarding society, seeing them more from an outsider's view. But Hermione gets it hurled straight at her. Think of all the times she's called a Mudblood, or when she's underestimated because she's Muggle-born or she's a woman or she's young. As readers, we'd be able to understand not only some of the uglier truths about the world, but we'd also get to see how Hermione deals with it all.

3. S.P.E.W. and Social Justice Would Be More Important

To Harry and Ron, the Society for the Promotion for Elfish Welfare is just a joke, but Hermione sees the real importance of standing up for anyone who's not being treated with equality, regardless of species. She makes an immense effort to fight for the rights of magical creatures, and we could be more involved with that battle.

4. We'd Learn More About Her Parents and Her Childhood

One of the more heartbreaking events of the series is when Hermione erases her parents' memories to protect them from Voldemort, and it kind of gets glossed over. Not to mention, we know a lot about Harry and Ron's home lives, but very little about Hermione's. I'd be willing to bet she's got a lot going on, and I want to hear about it.

5. We'd Learn A LOT About Magic

Harry never does his homework or pays attention, but Hermione is at the top of her game. Think of all the cool things we could learn right along with her. With Hermione at the helm, we could really dig into the history of wizardry and all the wonders that magic brings. Every nerdy bone in my body wants this.

6. We'd Get an Inside Look at Hermione/Ron

OK, I am Team Hermione/Ron all the way. Instead of having to hear about the monster inside Harry's chest and all that nonsense with Cho, we'd get all the juicy details of the real romance of the series, drama and all. I'm drooling just thinking about it.

7. We'd Spend a Lot of Time in the Library (And It Would Be Great)

For every mystery the trio encounters, Hermione ends up being the one to comb through the Hogwarts library for answers. It would be fantastic to be part of the hunt. Plus, if you're as much of a library nerd as I am, you're itching to see more of Hogwarts' immense collection.