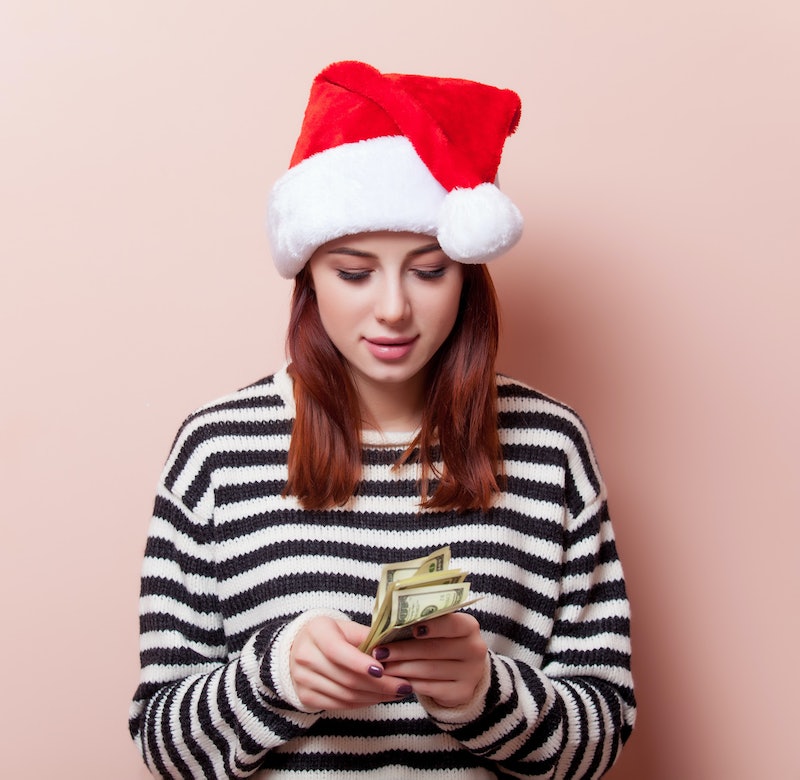 This time of year is full of social peril, not the least of which is how much to tip your doorman during the holidays. Very unfortunately, doormen fall into that grey area of tipping between wait staff (absolutely not optional) and postal carriers (with those pensions, are you kidding me?). No wonder you're confused.

Doormen, concierges, superintendents and the like are typically salaried employees not strictly relying on tips, but it's still a service-oriented industry. Especially in our era of internet shopping and delivery for everything, handling packages for you has become a huge part of their jobs, too (whereas it might have previously only been an occasional occurrence, doormen are now pretty much always under a deluge of cardboard boxes). So for holiday tips for doormen, you can think in the range of $30-50.

That being said, some tips make more sense than others. It's really unclear to me why any superintendent in a managerial role necessarily deserves $100 or more just for existing (as opposed to supers who actually come to your apartment and fix stuff in smaller buildings, of course). On the other hand, maintenance people are fairly unlikely to receive a tip according to Rent.com,

If you've only lived in the building for a small part of the year, you might want to adjust down a bit. If your building provides some option for providing communal tips (that presumably get split evenly or at least equitably) and no one staff member sticks out in your experience, then that might make the most sense for you to do.

There seem to be regional differences here too. Manhattan's Upper East Side seems to be the doorman tipping capital of the country. In my last Manhattan residence, the building sent every resident a classy-looking card with the names of the doormen and handymen on it, to jog your memory for tip time. In my new Brooklyn residence, the management went even further by sending an email with a New York City holiday tipping guide that was plagiarized from About.com. However, I never noticed anyone tipping their apartment staff in Atlanta or Phoenix where I lived previously — the leasing office staff was understood to be regular employees of the management companies.

What if this is a tight year for you? Well, it doesn't help now, but if you can't afford a small tip (and you live in a big city where tipping is customary) then you really can't afford that apartment in the first place. However, I think that providing even a tip on the low side (perhaps $25) is better than none at all, especially in a small building where you actually know the service people and would be giving it to each of them personally.

It's ok to focus on the staff who helped you the most, too. Building staff have probably seen it all. As long as you don't come off as clueless or a jerk in your tipping (like by giving $3) the whole holiday tipping awkwardness will be a non-issue in the end.