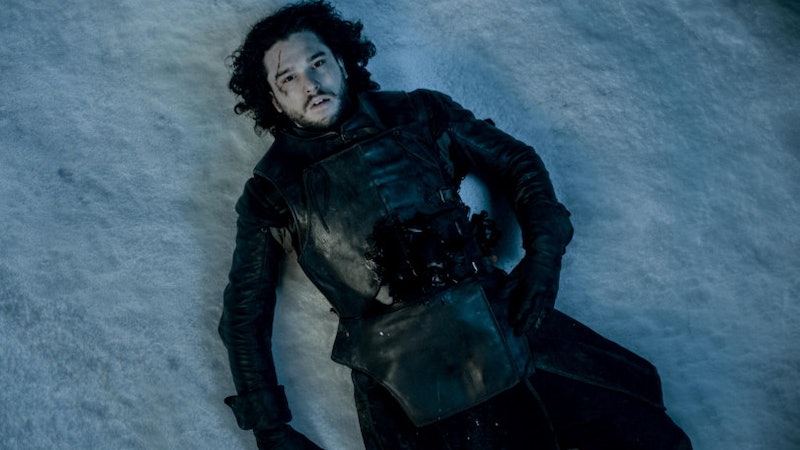 Game of Thrones is coming! New episodes of HBO's epic fantasy drama is set to return in April. And that intel makes me all kinds of happy. Like Oberyn Martell in a brothel, happy. Also, with the release of the season 6's teaser trailer - my brain has gone into hyper-drive imagining all of the the twist and turns this next season can possibly take. This has also lead me to explore the fact that I have so many unanswered questions about the Season 6 of Game of Thrones.

When the season ended, the fates and futures of so many characters where left in the balance. Yes, everyone is focusing on the life or death status of Jon Snow but I have some other (and in my opinion more important) questions I want answered. I am just absolutely dying to know what happens next. Also because I am lazy and would rather watch the sexy Kit Harrington in action than read a book - I have absolutely no idea what is set to occur next in the world of Westeros according to the novels (my bad).

Here are the questions I still have for the upcoming season of Game of Thrones. Fingers crossed they are answered.

If Jon Snow is Alive, How Did That Happen?

When season 5 ended, Jon Snow looked pretty dead. Since Kit Harrington has recently been seen on set, it is safe to assume that Jon Snow is alive but how is that possible? I know Ser Robert Strong appeared, making resurrection the most likely means. But I have a lot of questions and very few answers. Will he come back fully human? Will he be a zombie Jon Snow? Could we also bring back Ygritte? Her and Jon made an adorable couple. I am okay with Jon Snow still being alive, I am just going to need a lot of detailed explanations.

Will We Ever See Gendry Again?

In season 3, Robert Baratheon's bastard Gendry sailed away from Dragonstone and has never been seen again. We are literally given zero explanation for where Gentry has gone and this, in my opinion, seems overly harsh. I love Gentry, I want him back, and I would like to know where he has been these past three seasons. Also Arya has had a tough go of it, it would only be fair to bring her buddy back. #ArtryForever

Will There Be More Violence Against Women?

The most talked about scene in season 5 was the wedding night rape of Sansa Stark. I'm hoping this upcoming season lays off the gratuitous violence and sexual assaults against women. It seems unlikely but hey, I can dream.

I did not like when Arya Stark went blind. That little girl has got a lot of revenge left to do and losing her eyesight will only complicate things. Also, I know magic exists in this world but man,if you can go blind in a snap of a fingers, Westeros is a scarier place than I thought.

When Does This Winter Stuff Happen?

In season 1: episode one, all everyone can talk about is how winter is coming and how they must prepare for it. Well, we are entering season 6 and winter has still not arrived. What gives?

It seems that only time will tell about these questions. But I'll be honest here - if Jon Snow is alive in any way or fashion, I'll gladly be watching this next season of Game of Thrones.