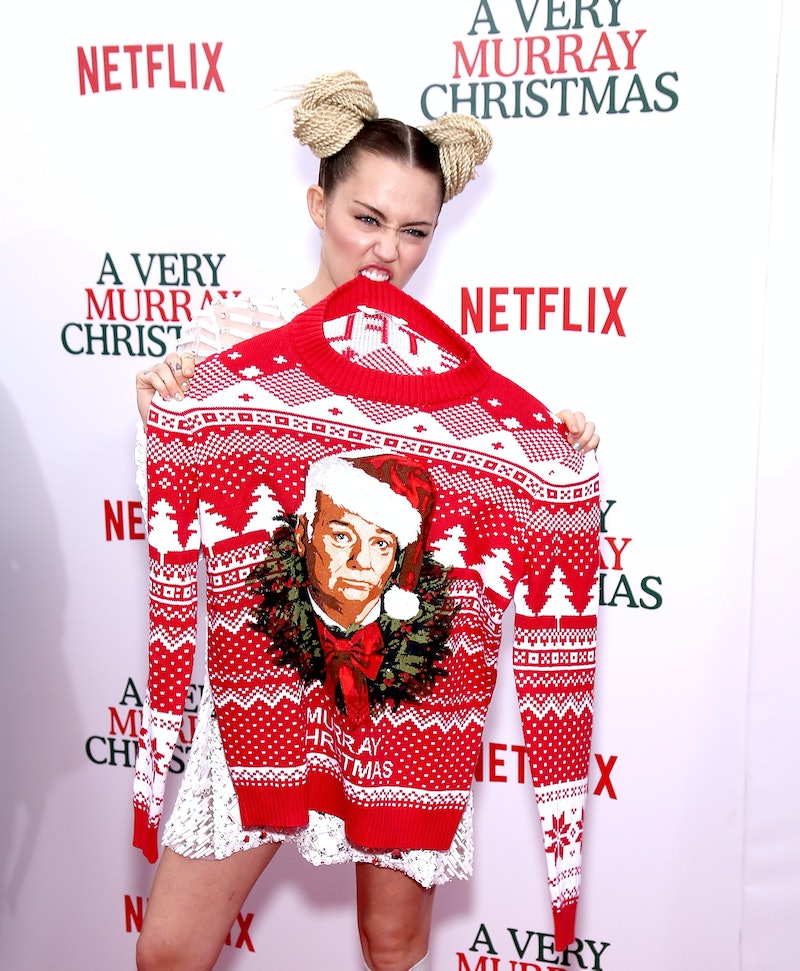 On "My Sad Christmas Song," Cyrus sings about being alone on the Holiday over a soft, dreamy guitar. "This is my sad Christmas song / I've had it stuck in my head all day long / I wrote it in the car on my ride home / 'Cause I knew I'd walk in the door and I'd be alone," Cyrus sings on the song. Oof, talk about a blue Christmas. Despite the sad tone of the song, Cyrus seems to be having fun with her lonely Christmas — she posed for a photo for the single in an elf costume, after all — and she's already shown her Holiday spirit as a guest on Netflix's A Very Murray Christmas.

"My Sad Christmas Song" comes just a few weeks after the release of her new single "BB Talk" and continues Cyrus' business model of releasing new music to her fans for free on SoundCloud. No doubt getting the song for free has made many of her fans' sad Christmases a little brighter.