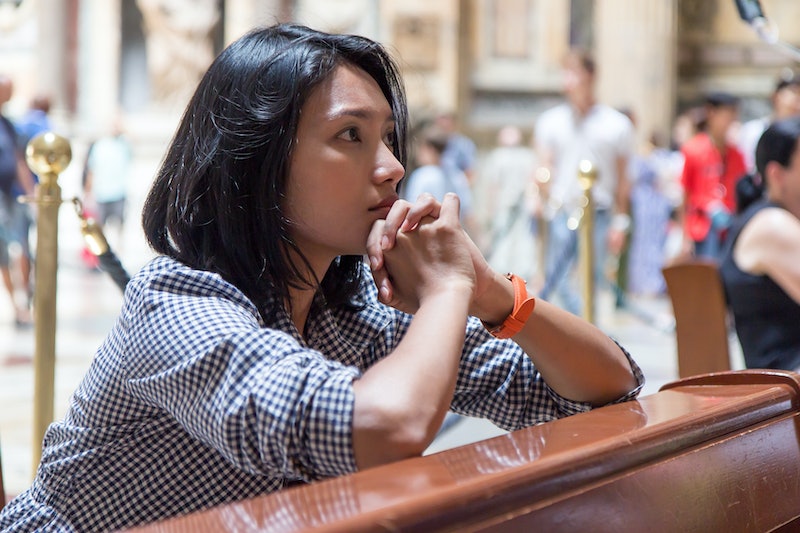 Christmas is the season when you may have just made your single, annual, obligatory trip to church with the family. If you're not really the religious kind, that service can give you plenty of time to wonder about all things cosmological, like can atheists go to heaven? On the off chance that such a place exists, we'd all like to go there, and fortunately Pope Francis has said that atheists can, indeed, go to heaven (via BoingBoing). But the implications of this sort of good news are not entirely clear.

Of course, if you're really an atheist (and therefore quite confident in the non-existence of god and supernatural stuff), this shouldn't be very exciting for you to hear because you don't believe there is any such thing as an afterlife in the first place. And if you are excited because you think there's a decent chance that God and heaven exist after all, then you may be closer to agnostic, and undecided about religion.

Nonetheless, in writing recently to an Italian newspaper, the increasingly progressive-sounding Pope Francis claims that:

In other words, Pope Francis — the international leader of the Catholic church — thinks you should at least follow your heart, if you're not going to become Catholic, and that God will be cool with that. This is certainly a far cry from the fire and brimstone of other religious teachings I've heard.

More importantly, I agree with Cory Doctorow who expresses some skepticism at BoingBoing about the limits of following one's conscience. Plenty of people, believers and non-believers, deliberate honestly about moral issues and come to very different conclusions about how they (and others) should act. If employing our consciences was all it took to settle thorny moral questions about abortion, immigration, and social justice issues, then they'd already be settled, right? Telling people to following their consciences probably just makes them morecommitted to the moral beliefs they already have, which are already a product of their consciences. Oops.

That being said, for all of us atheists out there, it's nice to know that our faithful brethren are maybe not imagining us as being necessarily doomed to hellfire in the end of days.