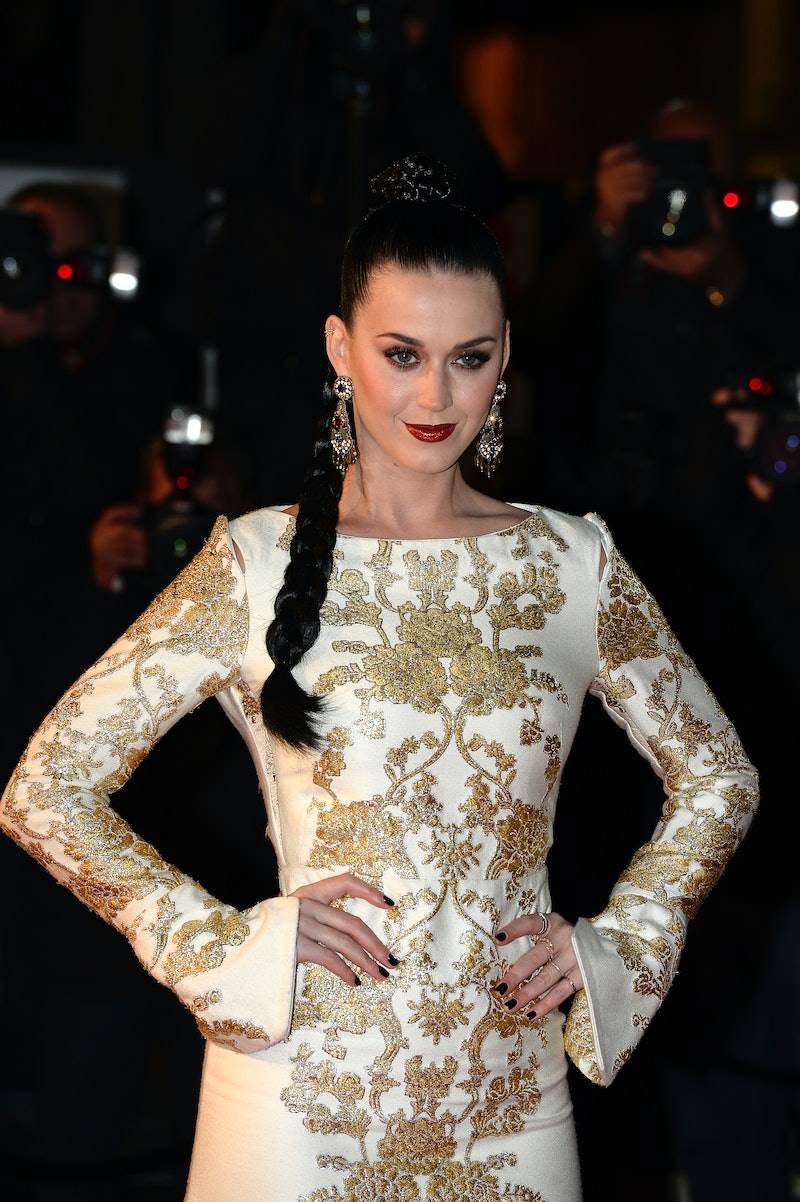 Katy Perry believes in aliens. It's a statement that doesn't seem that far off for someone as colorful — literally and figuratively — as Perry, but it's how much she believes in them that is a little odd. Like, so much so that she wants to ask the president about it. Katy Perry talks about her alien beliefs and how she would like to ask Obama about extraterrestrials in the February issues of GQ. But she'll only ask if she grows close enough to him first. You can't just go ask the president about aliens out of no where.

In the interview Perry says, "I see everything through a spiritual lens. I believe in a lot of astrology. I believe in aliens.” It's not that weird to believe in aliens, it's just a little surprising to hear it stated so definitively. I would say something more like, "Yeah, sure, there could be other life. Who knows? I mean... do I sound crazy? Maybe there aren't aliens if I sound crazy."

Perry goes on to say,

I look up into the stars and I imagine: How self-important are we to think that we are the only life-form? I mean, if my relationship with Obama gets any better, I’m going to ask him that question. It just hasn’t been appropriate yet.

Now the weird thing about this quote isn't the idea of humans being "self-important," but rather that she wants to ask Obama about aliens. When she says "I'm going to ask him that question," does she mean the one she just asked? How would he even answer that? "Yep, us humans are pretty self-important. Moving on." Or does she mean she'd ask him if aliens exist? It sounds like she thinks there are government secrets regarding aliens which makes her a full-fledged conspiracy theorist. If she ever does find out more information (probably won't happen), can you imagine Katy Perry being the one that brings secret government information about aliens to the masses? Would she do it through song? Would she do a big political-slash-alien-themed awards show performance?

As for Perry's relationship with Obama in the first place, she says, "I might have won Wisconsin for him. Actually, I didn’t do too much, but he called on me a couple of times. Which was very nice." This quote makes this sound more scandalous than it actually is... I think. It sounds like Perry is some sort of double agent that rigged Wisconsin's voting booths. Really, I think it means that she performed at a rally for him in Las Vegas and during his inauguration festivities. Either way, let's all hope that relationship keeps growing because hearing an Obama answer to Perry's existential questions would be amazing.