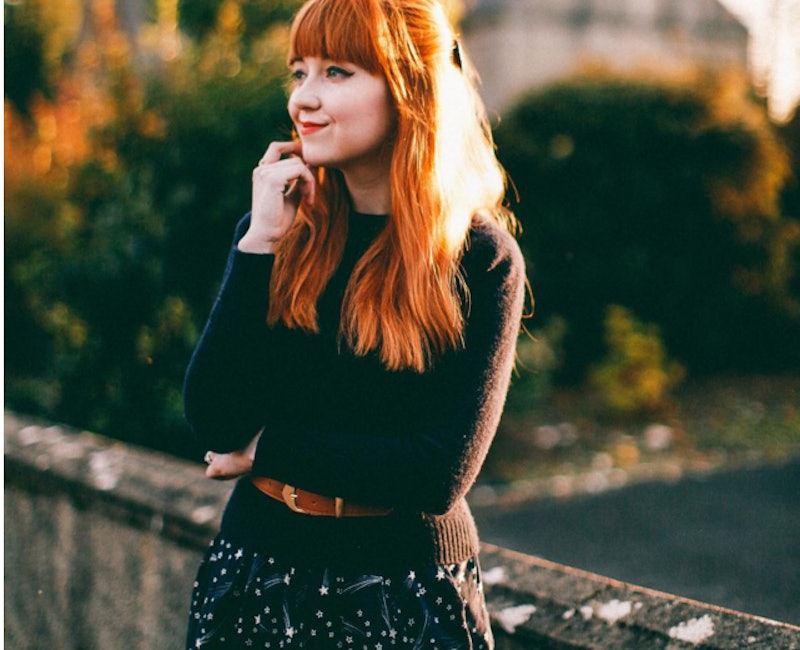 Whether you're still in a junior position, don't have enough clout yet, or work in a place where your boss fields a hundred projects a day, it can be some intimidating stuff to make your boss listen to your idea. But when inspiration hits and you feel like you can really make an awesome contribution, you need to dig your heels in and make 'em listen. However, just charging into their office with a jumble of words and a vague outline of what you want to accomplish isn't the best plan — you need to have a strategy.

If your boss has had a tendency not to listen to your ideas in the past, prepare yourself for all outcomes. Get an elevator pitch ready in case you have just enough time to throw it at her, prepare yourself to fight back an instant denial, and come in there with guns blazing in the form of statistics and case studies. With a few choice strategies you can at least get your foot into the door if not get your whole project approved. If you're ready, here are seven ways to get your boss to listen to your idea.

If something is too full-blown and drawn out, we start to get the sense it's messy and too complicated, making us shut down to its possibilities. To avoid losing your boss's interest and attention, try to fit the core idea of your pitch into a short and snappy tweet.

Career writer Heather Finn at career development site Levo wrote, "You’ve been told that the best pitches are short, but have you ever been told to condense your idea to the length of a tweet?...If possible, this description should answer the following questions: What is your idea? What problem does it solve? Who is your audience?" Hit the main points of your idea in a few sentences and watch your boss take the bait.

2. Be Ready For Push Back

It's going to be rare that your boss will accept your idea at face-value without posing some concerns or reservations. After all, if he or she took every gamble that came across their desk, they probably wouldn't be in their position for very long. Prepare yourself for possible reservations, and have a plan on how to answer them.

Finn highlighted, "Believe it or not, pitching is almost as much about the feedback you receive as it is about your actual pitch. It’s critical to really listen to what your boss has to say about your idea — and then act on it." Having answers to possible hesitations will not only show you've really done your research, but it will also open some more conversations in the future where you can continue to hash it out (like, say, in another meeting on Monday).

You're the one doing the pitching, so it's up to you to lead the meeting. Prior to the pitch, send a concise, well thought-out agenda about what you want to discuss, get them used to the idea with a series of emails, and have few strategies planned on how to keep them on-topic while you're talking — especially if they have a tendency to go on tangents or to brush you off. It's a panic-inducing feeling when they start talking about some other project (as if the book is closing on your pitch) so know how to bring them back to your attention.

Lynn Taylor, author of Tame Your Terrible Office Tyrant, told Psychology Today, "If your boss is a master at taking the conversation elsewhere, come up with a 'bridge,' such as, 'That’s interesting…Oh, I just remembered something else I wanted to mention about my proposal.'" Remember, if you want to be heard, you have to make sure you're ruthless with your steering.

4. Keep One Eye On Timing

Your idea might be solid but if the timing is bad you simply won't get anywhere with it. Because of that, keep an eye on timing.

Taylor suggested, "First thing Monday morning is obviously a bad choice, as is right before lunch. And if your company’s stock just sank 10 percent or you’re competing with 12 other people in a given hour, your time can wait." See what times your boss is less harried and if it seems like she's not overly-stressed, and then pounce.

Sometimes bosses pass on stellar ideas just because they don't see what value it will bring to the company. During moments like those, have some case studies and statistics ready — do your research!

Lifestyle writer Whitson Gordon told Lifehacker, "Gather up some evidence of why you think it would work. Does another company do this thing differently? How did it work out for them? Can you adapt it? Can you give an example of how it would have affected your most recent project?" If you can prove your idea can bring some major benefits to your department then you'll definitely have your boss's attention.

6. Work Your Boss's Personality Into It

This might sound a little crafty, but if you want your boss to relate to your pitch, work their personality into it. If they're more excitable and energetic, make sure you bounce into the meeting with the same attitude. If they usually like to focus on projects with a certain angle (money saving, client appreciation giving) work that into your pitch. Try to make it as engaging as possible. Taylor offered, "Use what you know about your manager to be more engaging – you’ll draw him or her in and keep their attention longer." If you know what buttons to push, push them.

7. Show Them It'll Benefit Them

If you really want to appeal to someone, show them how you could make their life easier if only they'll let you. That gets everyone's attention, doesn't it?

Gordon pointed out, "To increase your chances of being heard, explain your idea in a way that benefits your boss. Make them see how it makes their life easier, not just yours." Maybe you spear-heading this project will allow her more time to focus on higher-level things, or you introducing a new workflow plan will allow her to micro-manage less, or if you want to host some kind of client appreciation event it'll cut down on her flood of emails from antsy customers — whatever it is, skew the pitch so it shows how it'll benefit her the most. That'll at least get your foot into the door.

More like this
The Best Time To Date After A Breakup, According To Experts
By Bustle Editors
20 Things You Should Never Tolerate In A Relationship
By Rachel Sanoff and Kathleen Ferraro
12 Ways You're Sabotaging Your Love Life
By Teresa Newsome and Lexi Inks
Your Daily Horoscope For August 12, 2022
By Mecca Woods
Get Even More From Bustle — Sign Up For The Newsletter