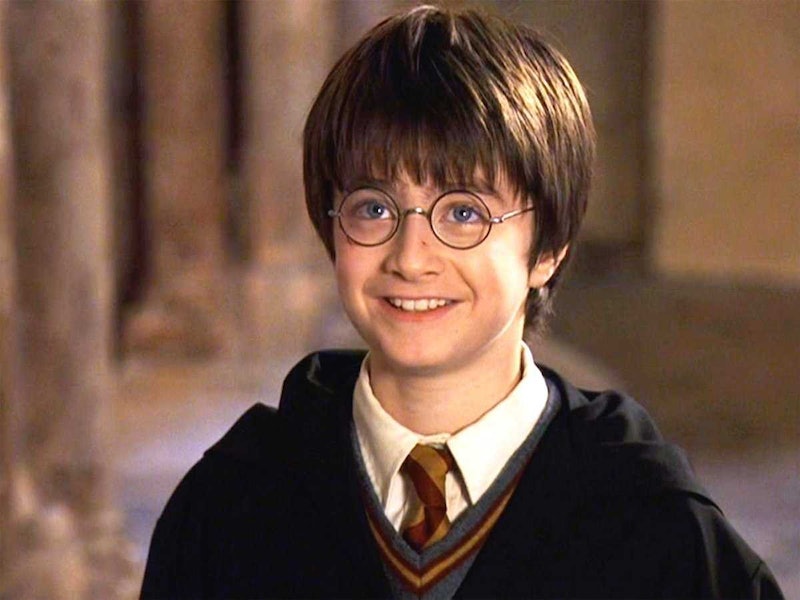 So, you waited for years for your owl. When it didn’t come, you figured it must have gotten lost, so you sorted yourself into a Hogwarts house, bought some scarves in your colors, and hummed Hedwig’s theme to yourself. You kept your Harry Potter books arranged perfectly on your bookshelf, their pages well worn, and bought the DVDs of all eight movies on the day they were released. You never missed a premiere. You have a Google alert set up in case J.K. Rowling ever writes another book in the series, and you already have a countdown for the release of Fantastic Beasts and Where to Find Them.

There are so many characters in the books you relate to, but something about the Boy Who Lived has always tugged at your heartstrings. Even if your Myers Briggs personality says you’re a different character, you know in your heart that, if you were in the Wizarding World, you would definitely be the Chosen One. Sure, you may have some pretty big differences between your life and Harry’s. But even if people are quick to point out these differences, you hold on to the similarities, and are quick to tell people that your life has a lot in common with a certain magical boy wizard.

1. You Wore Quirky Clothes When You Were Younger

Harry had Dudley's hand-me-downs, and you had your questionable middle school taste. Maybe you didn't wear taped-together glasses and oversized sweaters — or maybe you did. Either way, you definitely had a couple years where your fashion choices weren't the best.

2. You Have Cool Scar Stories (Or Know Someone Who Does)

Harry has a lightning-shaped scar that he got after surviving an evil dark wizard's attack. You've got that mark under your eye where you ran into a cabinet while sleepwalking. Both make good stories.

3. You Have Strong Opinions About Teachers And Professors

Though you were ~fairly certain~ that none of your teachers were hiding Voldemort in the back of your head, you still had the ones you loved, and the ones you weren't very fond of. Chances are there was a professor that reminded you of McGonagall, or a teacher who was extremely Snape-like. You may have been going to school to learn a Muggle-filled curriculum, but the characters were still there.

4. You Have An Awesome Friend Group

Speaking of HP characters being present in real life, you totally have a friend group reminiscent of Harry's. From that one friend who is crazy smart, to your ever-loyal BFF, to the girl everyone thinks is a little crazy but who's just as sane as you are, you're surrounded by people completely worthy of Hogwarts.

Remember how awkward Harry felt at the Yule Ball? Yeah, you've totally been through that. The agony over who you'd take to a school dance, or equivalent social function. The problem of what you'd wear (and the issue of what your friend showed up wearing). Not knowing how you're supposed to dance. IT'S VERY RELATABLE.

6. You've Been Through An Angsty Phase

Most HP fans have complained at some point about Harry Potter and the Order of the Phoenix. Because, to be honest, Harry is quite whiny through most of the book. Granted, he has a lot to complain about, but it does get emotionally taxing. Truthfully, though, this just makes his life even more like yours. Who DIDN'T have an angsty teenage phase, where every little thing (or big serious issue, in Harry's case) set you off?

7. You Roomed With Your BFF At Some Point

Harry and Ron live it up in the Gryffindor dormitory, and you can totally relate if you've lived with your BFF. From your college dorm room to your first apartment, you've forgotten whose pots and pans are whose. They know you better than anyone else, and even if you fight sometimes, you always get past it.

8. You Have A Second Family

Speaking of your BFF, you're practically a part of his or her family. Just as Mrs. Weasley takes Harry under her wing, your best friend's family thinks of you as another sibling. And you think of yourself as one, too, because you'll help yourself to anything in their fridge at this point.

9. You Think You're Not A Wizard

You may be thinking, "OK, that's all fine and good. But when it comes down to it, Harry is a wizard. And I'm not." But remember: Harry thought he wasn't a wizard at the beginning of the series. You and Sorcerer's Stone Harry have so much in common.

When it comes down to it, Harry was just a normal kid who discovered a magical world he didn't know existed. And isn't that how you felt, when you first read Harry Potter? Hogwarts is Harry's home, and if HP has a place in your heart, it's a home for you, too.