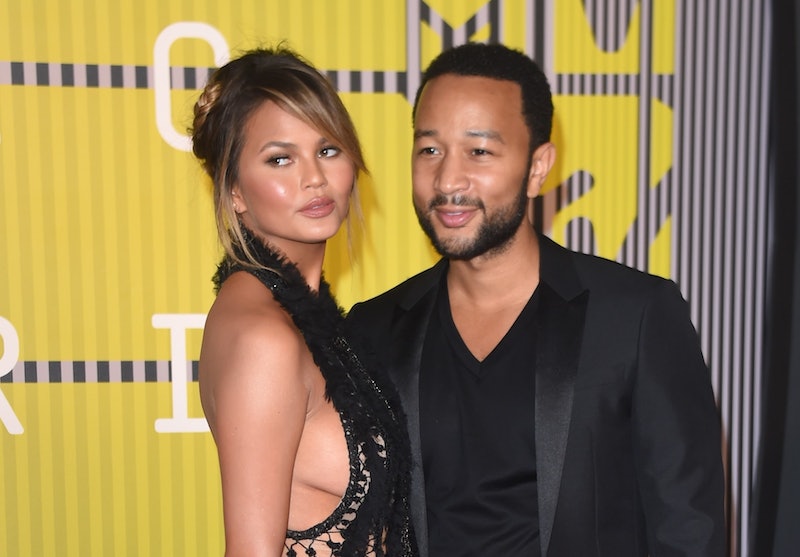 In case you've somehow missed it, John Legend and Chrissy Teigen are having a baby. This news came as an overwhelming joy to most of the Internet, because most of us consider Teigen and Legend to be our #RelationshipGoals. They are both very open when it comes to sharing their relationship with the world, to the point that it can almost feel like we know them on a personal level when we don't. One of the things I do feel like I know? Teigen and Legend are going to do parenting right. Instead of just being our #RelationshipGoals, they should also be our #ParentingGoals. Yes, they haven't even begun to parent yet, and I'm already saying that. You'll understand why in just a moment.

The fact of the matter is that I can already think of numerous reasons off the top of my head for why this couple are going to be amazing parents when they finally bring a child into this world. They are already amazing people, independently and then together, that I can't imagine them being any other way as parents. But, hey, don't take my word for it. Below, I've rounded up nine reasons for why I think that Teigen and Legend are going to do parenting right. If these reasons don't convince you, nothing will.

1. Their Love Is So Real It Has A TV Show

How many couples do you know who have a love so real that there is an upcoming sitcom devoted to their love story? None? That's what I thought. It's just like Pam Beesly said on The Office. Every kid wants to think that their parents are soul mates. Legend and Teigen's baby girl is going to be right about that.

Almost every single one of Legend's songs are about relationships — the highs, the lows, the in-betweens. Those breathless moments you always want more of, and those desperate fights you don't know if you'll ever overcome. When their little girl is ever down about her relationships in the future, she can just put on "All Of Me" and hope for a love like that.

One only needs to glance at Teigen's Twitter to know that she is a total foodie, but, on top of that, she has quite the reputation as a body positive role model. As a mother, she's going to be there to talk her girl through every instance of physical insecurity brought about by society's unfair beauty standards. No matter what her child looks like, her look is beautiful because it's hers.

4. They're Both Active Feminists

Both Legend and Teigen are staunch advocates for equal rights, and that's something that they can not only pass onto their daughter but can also apply to their daughter's life. There will be no enforced gender stereotypes in the Legend household, no way.

5. They're Both Social Activists In General

That equal rights thing doesn't just apply to people of all genders. Legend and Teigen are both very outspoken when it comes to the causes that they believe in, and that's a truly wonderful thing to be as a parent. It means that they will teach their child to be outspoken as well, to use her platform to effect change in the world and raise awareness. They will raise their child to be the change she wants to see in the world.

6. They Know How To Enjoy The Simple Things In Life

Who says that there's anything wrong with idle hands? If Teigen and Legend want to lie in bed all day with their dogs and some pizzas then, dammit, that's what they're going to do. Teaching their girl how to enjoy the simple things is a lesson just as important as having ambition and working hard. At the end of the day, you only have one life, so you have to enjoy it.

7. They Have Very Respectful Fights

I know this isn't exactly the best example of the couple having a fight, but if they get this heated over cornbread, and are willing to laugh about it later, then I imagine that the real fights that they have are usually resolved by talking (or yelling) and finding common ground. Teigen and Legend have been together for so long that I'm sure they both know healthy ways to release their anger at each other, and will pass that on to their child.

8. They Know How To Relate To Each Other

Even when you have different interests, it's important to be able to find common ground. The same way that Legend used Real Housewives to help Teigen understand football, so too will they be able to, as parents, find a way to break down serious issues and lessons into something that their child can understand.

9. They Have Identical Senses Of Humor

Good parents can laugh at each other, and at themselves, and teach their children to have a good sense of humor when it comes to life as well. Above all, I am already imagining that the Teigen-Legend household is going to be a happy one. Can they be my parents, please?