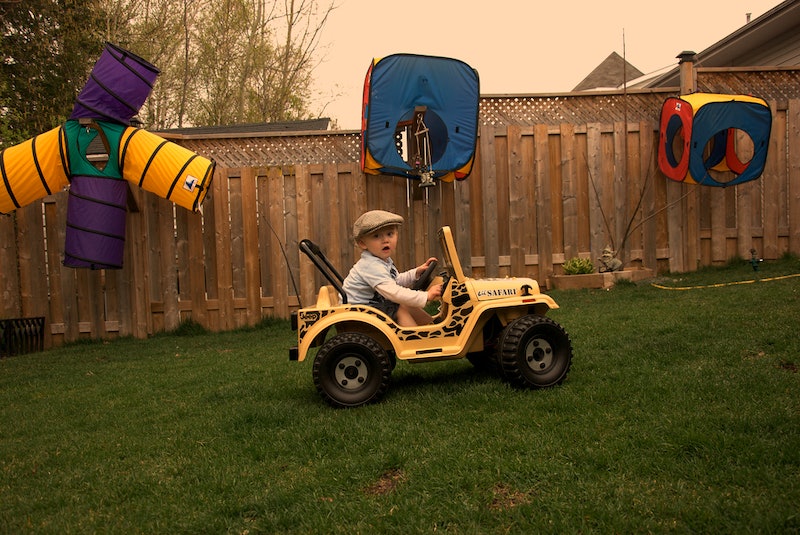 Us nostalgia enthusiasts, we spend a lot of time reminiscing about things from times gone by that sadly no longer exist. Sometimes, though, we get lucky and those things come back — and if we’re even luckier, they never disappeared at all. Take these 10 toys from the ‘90s you can still buy today, for example — they factored prominently in the childhoods of a huge number of people who grew up during the decade, and as it turns out, they’re all still in production now. Oh, happy day!

There’s a caveat, of course: While these toys are still technically available, they’re not always the same versions we grew up with. They’ve evolved, as is wont to happen; to stay relevant, we all have to change with the times. Some of them, though, are still pretty close to their previous incarnations, which I find weirdly comforting. Fashions may come and go, but GAK is eternal.

The winter holiday season may be mostly over at this point, but if you have a tyke in your life you’d like to introduce the wonders of the ‘90s to at a point later on down the line, keep these toys in mind. Or buy ‘em for yourself. Go on. No judgment here.

First released in the ‘80s by Tiger Electronics, Skip-It really hit its stride in the ‘90s. While the classic version can only be found on sites like eBay these days, Skip-It has been folded into the Twister Rave line from Hasbro (which absorbed Tiger Electronics in the late ‘90s); it's readily available, so go forth and, well, skip it.

Yep: Mini, fully operational cars for kids are still a thing — and what’s more, they look even more like real vehicles than ever before. Power Wheels have been around since the ‘80s, but after they were purchased by Mattel in 1994 to become part of the Fisher-Price line, they shot to the top of every kid’s gift-giving holiday wish list. Back in my day, there were pretty much just two options — the red Jeep and the pink Barbie convertible — but now, there are a whopping 80 or so different vehicles to choose from, ranging from a tiny ATV to a miniature Cadillac Escalade.

Nickelodeon’s signature goo toy has changed hands a few times over the years; initially produced and sold by Mattel from 1992 to 1999, it was taken over by Jakks Pacific from 1999 to 2004 before seeing a resurgence in 2012 thanks to NSI International. It still comes in a splat-shaped container, too, although I’m uncertain about whether it still smells the same — because let’s face it: There is no smell like GAK smell.

Perhaps the most notable thing about today’s Tamagotchi is the sheer number of ways you can play: Sure, there are the Tamagotchi Digital Friends, which are the current incarnation of the little plastic egg we all know and love (or hate, depending on your point of view) — but there are also figurines, video games, and smartphone apps, because why the heck not? If you have an Apple Watch, you can even wear your Tamagotchi on your wrist. For reals.

Given the Tamagotchi renaissance, it’s perhaps unsurprising that Furbies are back in action, too. Hasbro started producing them again in 2012; the current line is called Furby Boom, and you can get your Furby a pet of its own called a Furbling Creature, too. But you know what’s even better than a Furby? A Furby that looks like Chewbacca. Because that’s a thing that exists right now, too.

Alas, the Super Soakers of today no longer look like the iconic neon green, yellow, and orange contraptions of my youth — but I appreciate the fact that they still exist. Originally produced by Larami, they’re now a Nerf property; they look a little more like space blasters these days, and the water tank isn’t removable anymore. Ah well. At least they’re still good for high octane summertime water fights.

Baby Alive is a lot older than she looks — she originally hit the scene in 1973. Touted for her ability to eat, poop, and throw up, she was messy, yet enormously popular. That popularity carried her through the ‘90s (during which time I’m sure most of us constantly had the jingle from the commercial stuck in our heads), and today, there are more varieties of Baby Alive than I really care to count. They’re all a little more cartoonish than their precursors were, though, so if you’re freaked out by dolls that look like actual humans, maybe these ones will hit your Uncanny Valley buttons a little less. The model most like the toy so many of us grew up with is probably Baby Alive Sips ‘n Cuddles, who wets her diaper after you feed her a bottle.

Not going to lie: I always found the idea of Don’t Wake Daddy kind of horrifying. Something about sneaking around at night with the threat of a furious authority figure looming large over you struck me as weirdly dystopic… but then again, everything is dystopic as far as I’m concerned, so maybe that’s just me. In any event, the game first arrived in 1992 and quickly shot to glory, so it’s perhaps unsurprising that it’s still around now. Even better, it still looks pretty much the same as it always has — no dramatic redesigns here.

9. Trolls (Not The Internet Kind)

I was as intro Treasure Trolls as everyone else was in the ‘90s, and yet somehow, I remained blissful ignorant of exactly how long these wacky little dolls with their equally wacky hair have been around. Created by Danish woodcutter Thomas Dam, they first hit the scene in 1959, with their popularity waxing and waning over the next several decades. An attempt to revitalize them surfaced in 2005 under the name Trollz, but unfortunately failed — however, I’m willing to bet that the upcoming year is going to be a major one for trollish beings everywhere. DreamWorks acquired the film rights to trolls in 2010, later purchasing the property outright in 2013; the Trolls movie is due out in 2016, and new tie-in toys have already arrived.

Mr. Sketch scented markers first arrived in 1965, and they’ve been popular ever since. (Some things never go out of style.) Interestingly, I just discovered that the turquoise marker I remember from my childhood was actually mango-scented. These days, it’s apparently fruit punch, but really, neither one of them makes a whole lot of sense; when was the last time you saw a turquoise mango or fruit punch that was any color other than red?