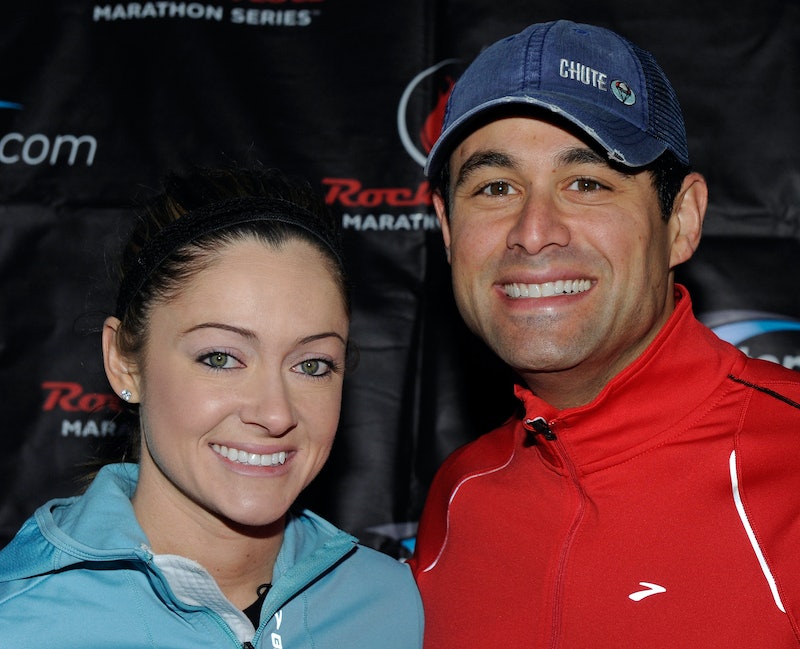 Ben Higgins is about to start his journey as the new Bachelor, joining a league of other men who have walked down the very same road. For some of them, it's worked. For others, it has not. For one, it worked, then didn't work, then worked again. I can only be talking about The Bachelor 's Jason Mesnick, of course, who famously proposed and dumped Melissa Rycroft on the live after show, only to profess his love for Molly, his now wife. With a new season of The Bachelor among us, and the holiday spirit in the air, you might catch yourself thinking about where Jason Mesnick is and what he's up to with Molly these days, and luckily, I have the answers for you.

Judging by Jason's social media accounts, the dad of two has gotten back to a pretty normal life since appearing on the show. Earlier in 2015, he and wife Molly Mesnick "wife-swapped" with Catherine Giudici and Sean Lowe. Molly and Jason came off as the much more... relatable couple. One thing I can tell you Jason hasn't been up to — much unlike other past Bachelors — is whitening his teeth via Instagram sponsorship posts. Don't get me wrong, he's got great pearly whites, but he's no sell-out when it comes to weird #ad photos on the IG. Just another reason to love him.

Here's your 2015 update on Jason Mesnick (and family) before diving in to a brand new Bachelor world.

He's Got A Beautiful Family

Jason is a #HappyDaddy with his son Ty (who was on The Bachelor and has grown up so much!) and his daughter (with Molly), Riley.

He's Setting Down Roots In A New Home

In July, Molly and Jason shared that they were moving into a new home with their family. The couple lives in the Seattle region of Washington.

He & Molly Still Have Date Nights

Jason and Molly married (for all to see on television) in 2010, and don't worry, they're still going strong with date nights!

Ty, who turned 10 in 2015, clearly has a cool dad if he's meeting Macklemore and Ryan Lewis.

Since he is not paying the bills with teeth whitening Instagram sponsored posts, he's got to make money some way. According to his profile on Northwest Group Real Estate, Jason is still a broker in the Seattle region.