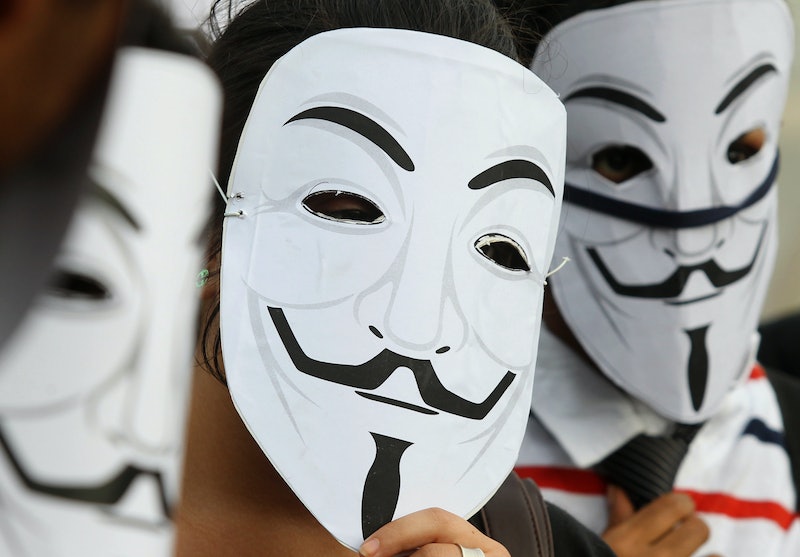 Netflix's new groundbreaking original documentary series Making A Murderer is making a huge splash in social media, and now another force on the Internet has taken interest — suspected members of the cyber hacking group Anonymous claim to have exculpatory information on Steven Avery, who was convicted of murder and is the subject of the docuseries. Tweets from several accounts have claimed that they will release phone records that reportedly can "prove" Avery's purported innocence as well as the alleged collaboration between the Manitowoc County (Wisconsin) Sheriff's Department's Sgt. Andrew Colborn and Lt. James Lenk.

The hacktivism group started a Twitter account called @OPAVERYDASSEY that has already amassed over 10,000 followers in two days, to post updates about their progress of hacking the Manitowoc County Sheriff's Office. On Sunday, the account tweeted that the Sheriff's Office had 48 hours to post phone records that allegedly prove a conspiracy between Lenk and Colborn to set Avery up. So far, no documents have been leaked. Bustle has reached out to the sheriff's office for comment.

Another Anonymous account, @0Hour1, which is not affiliated with @OPAVERYDASSEY, is simultaneously posting information about the case. The user does still seem to be involved in the hacking efforts and is tweeting about alleged factual discrepancies in Brendan Dassey's confession and other evidence allegedly indicating a conspiracy.

In 1985, Avery was convicted for the rape and attempted murder of a jogger in Manitowoc County, Wisconsin, and served 18 years in prison before being exonerated in 2003 by new DNA evidence. Colborn and Lenk were included in a $36 million federal lawsuit that Avery filed against the Manitowoc County Sheriff's Office for the wrongful imprisonment. That lawsuit was settled out of court.

Then, just two years later, Avery and his 16-year-old nephew Brendan Dassey were arrested and charged with the murder of Teresa Halbach, a photographer with whom Avery had worked on multiple occasions at his family's automobile salvage shop. In 2007, Avery was sentenced to life in prison for the murder, and now, nearly 10 years later, the world is investigating the crime once more. The 10-part series Making A Murderer is an in-depth look into the theory that Avery and Dassey were both allegedly framed by the Manitowoc County Sheriff's office for the murder, and thousands of people, including celebrities, have been swayed by the compelling documentary.

The Anonymous-run Twitter accounts have been updating regularly, and it is possible that the allegedly exculpatory phone records could be released soon.